The conflict is on 18 bighas land in Kareda village, which is located nearly 54 km from Bhilwara. The conflict is between Dalit families and Hindu temple priests. The land was donated in 1945 by the then Mewar Raja Bahadur Amar Singh to Dalit and Adivasi communities who were cultivating the land. The dispute arose when the land was registered in the name of Aaraji Charbhuja Temple in 1991 allegedly by coercion. The priests allegedly started threatening the families in 2015. In May 2015, these families protested alleging that the priests were trying to capture their land. A police case was registered by the families and an FIR was filed. On February 26, 2017, houses of dalits were demolished with bulldozers on directions of the priests. Dalit families have registered an FIR again in November 2017 saying that matter is pending before the court. On March 14, 2018, hundreds of dailts marched for Bhilwara and presented a memorandum to district administration demanding action against the priests and their followers. They demanded solution to the land conflict. Bhilwara district collector Mahaveer Prasad Sharma said that the property is disputed and the matter is pending with the court. He said that clashes occurred due to land possession issues.

The temple priests started threatening the SC/ST families in 2015. On February 26, 2017, houses of dalits were demolished with bulldozers on directions of the priests.

Mahaveer Prasad Sharma, Bhilwara district collector said that the property is disputed and the matter is pending with the court. He said that clashes occurred due to land possession issues. 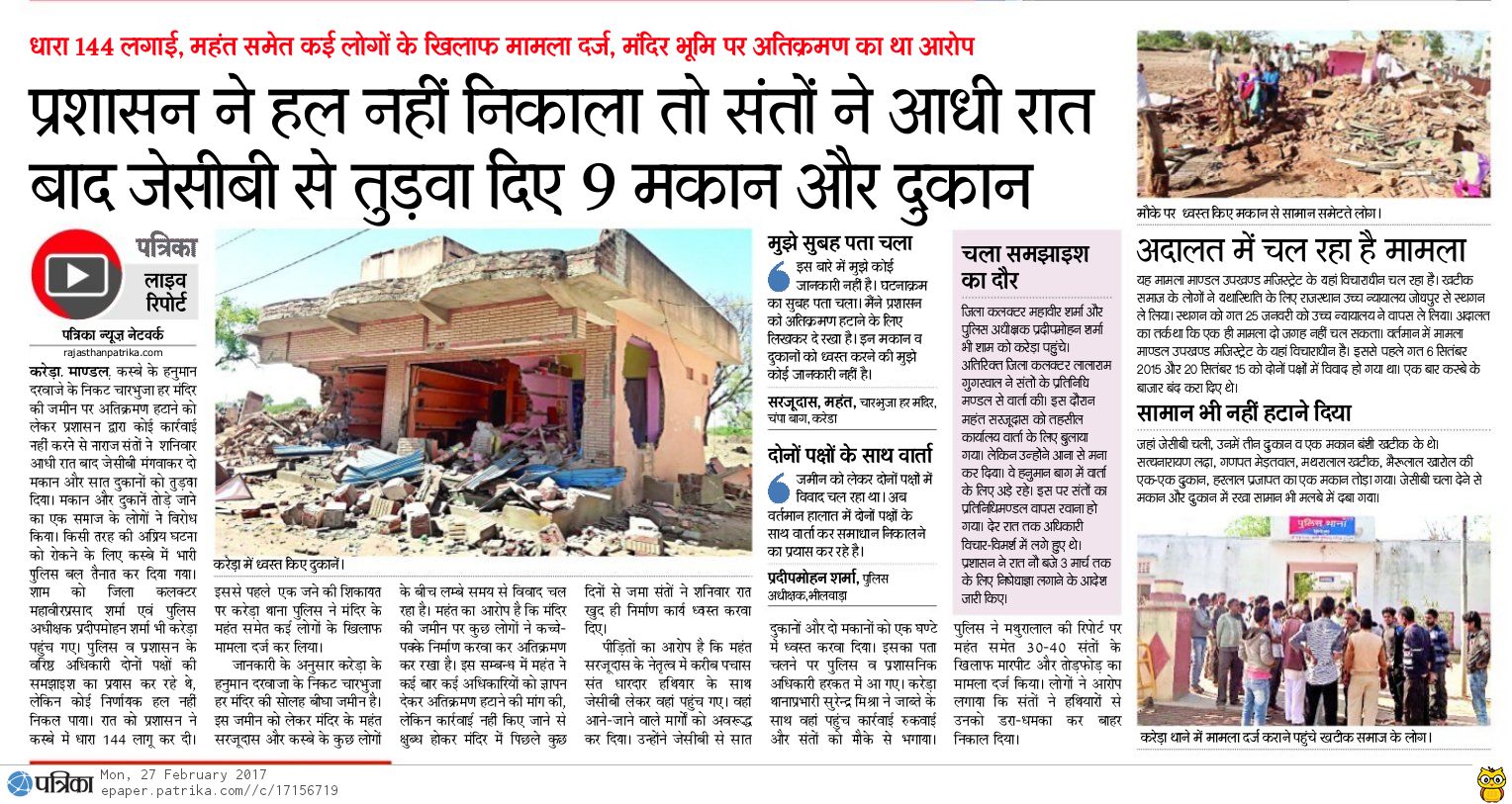