Farmers of Thandavapura and nearby villages in Nanjangud tehsil in Mysuru have been fighting for the last 10 years against land acquisition by the Karnataka Industrial Area Development Board (KIADB), which had acquired 3,000 acres in 2007 for various industrial projects. Of this, the Ministry of Railways had acquired 56 acres of land from KIADB in Thandavapur village in Chikkayana Chhatra, a cluster of adjoining villages in Nanjangudu tehsil, to build a railway goods dumping yard. The government had promised a compensation of INR 21 lakh to the affected farmers in the village and permanent employment to about 500 people from 58 families in the tehsil who had lost their land. Although all the farmers have received compensation, they have not been provided employment. Demanding the jobs, the farmers in Varuna constituency of the district, under the leadership of the Rajya Raitha Sangha and Hasiru Sene, have been protesting against the state government, the KIADB and the Ministry of Railways. They have demanded permanent employment in the Railways in accordance with their qualifications. The railway ministry, however, has refused to entertain them. This has led the farmers to aggravate their agitation. Every day, around 40 farmers take turns to protest. So far, they have not allowed the Railways to start work on its project. The Rajya Raitha Sangha has decided that the farmers will not back off till they are guaranteed permanent employment in the Railways. They had, however, temporarily withdrawn their protest during the Mysuru Dasara celebrations (October 10-19) at the request of Abhiram G. Sankar, deputy commissioner of Mysuru. Vidya Sagar, president of Rajya Raitha Sangha, said, the protests will continue until the farmers get permanent employment as was promised. 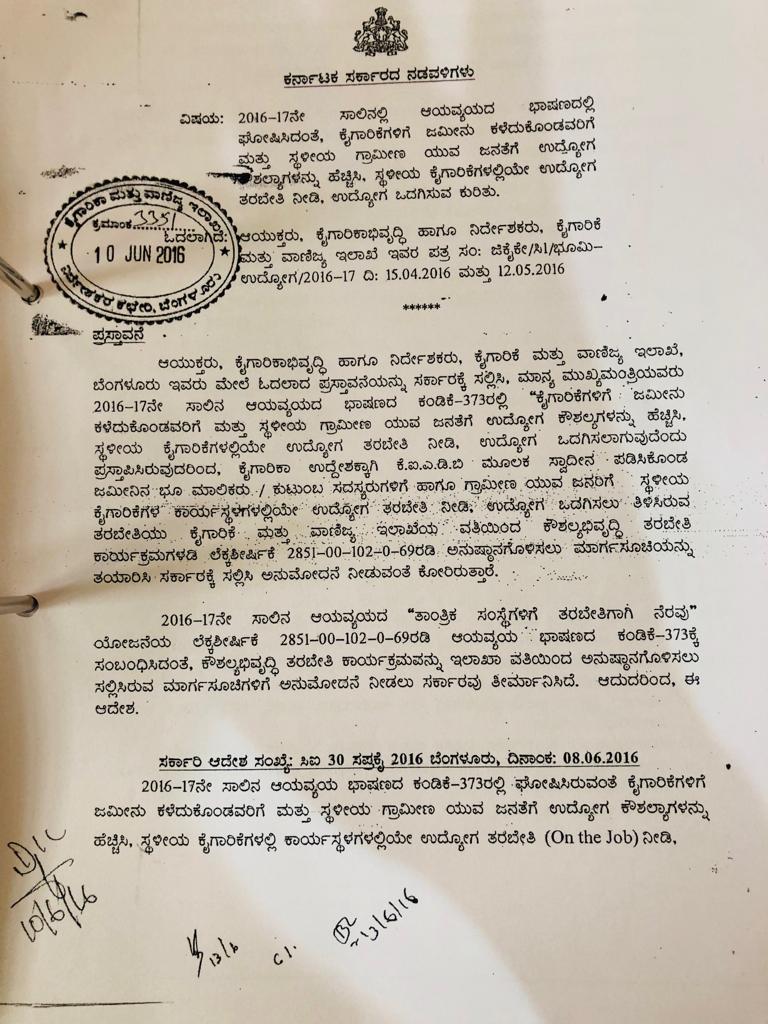