Another reason for locals to protest the Kudankulam Nuclear Power Plant

The Kudankulam Nuclear Power Plant (KNPP) again became a site of protest with the Nuclear Power Corporation of India (NPCIL) floating tenders to set up an away-from-reactor (AFR) facility for units 3 and 4 of the KNPP. This proposal three years after a similar plan for the construction of a AFR facility for the first two units was postponed indefinitely following widespread opposition.

India's largest nuclear power plant so far, and a symbol of Indo-Russian cooperation, the KNPP is not new to protests. Since the time it was proposed in 1979, the plant has been opposed by local residents and fishing communities who have been concerned about the loss of livelihood due to environmental degradation from radioactive effluents that may come out of the plant. The construction of the plant began in 2001, and it became operational in 2013. Between this period a strong people's movement arose in Tirunelveli district to resist the setting up of this plant. In 2011, following the Fukushima disaster in Japan in which close to 15,000 people were killed, women residents of Idinthakarai village of Tirunelveli district led to huge protests against the KNPP. The then Tamil Nadu government came down heavily on the protestors and filed sedition charges against almost all residents of Idinthakarai, i.e. around 9,000 individuals.

In March 2022, the Kudankulam village panchayat passed a resolution against the construction of the AFR facility. Locals fear that the spent nuclear fuel stored in the AFR will pose a serious environmental hazard to the area. Further, Tamil Nadu Chief Minister MK Stalin wrote to the Prime Minister requesting the government to transport the spent nuclear fuel to Russia or set up a deep geological repository (DGR) in an uninhabited and ecologically non sensitive area to store the waste. It may be noted that the Supreme Court had given NPCIL until April 30, 2022 to construct a DGR. However, there has been no progress on this front so far.

LCW spoke with environmental activist G Sundarrajan of Poovulagin Nanbargal, an NGO which moved the Supreme Court against the KNPP previously. He said that he would approach the court again for the DGR.
As of May 2022, the KNPP remains India's largest nuclear plant with 2 units functional, and another 4 units under construction.

In 2012, the Kudankulam Nuclear Power Plant was met with widespread protests. The State government, led by the then Chief Minister J Jayalalithaa, cracked down on the protests against the plant by filing criminal complaints against several individuals.

Referendum and other local consultations 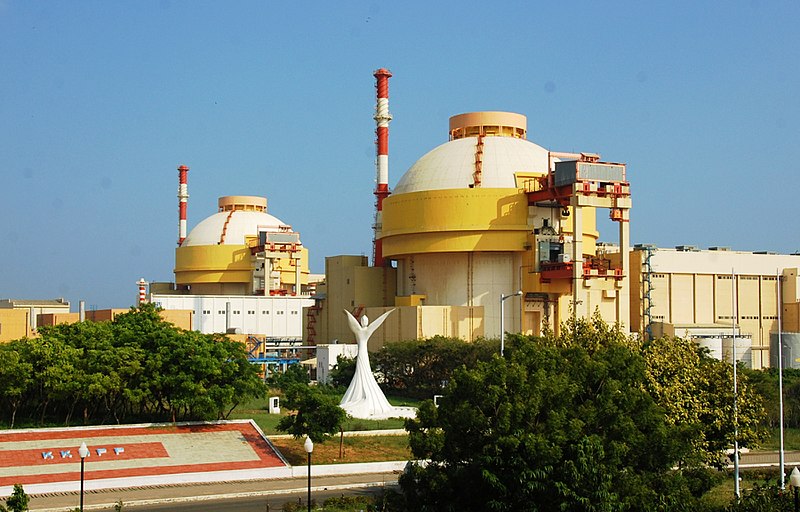