Gandikota Reservoir in AP Submerge 6 Villages, People Yet to be Rehabilitated

The Gandikota reservoir project was first conceived in 2006 as part of the Galeru Nagari project to provide irrigation water to the farmers of Pulivendula in Kadapa district. However, the 26 TMC (Thousand Million Cubic Feet) reservoir is expected to submerge 22 villages in Kondapuram mandal in the district. The land acquisition in the villages falling in the submergence zone was completed prior to 2009, but the residents are still in possession of the land. Many affected families are yet to receive any kind of compensation and rehabilitation measures promised to them by the government. The state claims that 3,300 of the 9,000 families estimated to be displaced by the project have availed the compensation and rehabilitation and resettlement package and 5,700 families are yet to get the benefits. In 2015, the residents of Choutupalli, one of the worst-affected villages, blocked roads and staged _dharnas _to assert their right to farm the land (that they still possess) they had been cultivating for 40 years. In September 2015, a special package of INR 1 lakh was granted to the villagers but later cancelled in 2017. In late 2016, the state began releasing water from the reservoir without any warning, submerging six villages and leaving its residents homeless.
In January 2017, the National Alliance of People's movement approached the National Human Rights Commission regarding the submergence of the villages. The body alleged that the state government did not follow due process of the law and rehabilitation measures as per the Land Acquisition Act, 2013, and Andhra Pradesh Rehabilitation Policy, 2005. In August 2017, the government started acquiring more land in the three other villages of Kondapuram mandal to increase the capacity of the reservoir.
In May 2020, the state released INR 145.94 crore to be given to the affected families in Kondapuram. In September, 1,300 families from the Tallaproddutur village were evicted without providing them the compensation and rehabilitation package. The villagers claim that the Jogulpuram resettlement colony, where they are supposed to be resettled, is not yet constructed completely. After the opposition to the eviction escalated, around 400 police personnel were deployed in the village. The residents have alleged that the police officials too have harassed them. 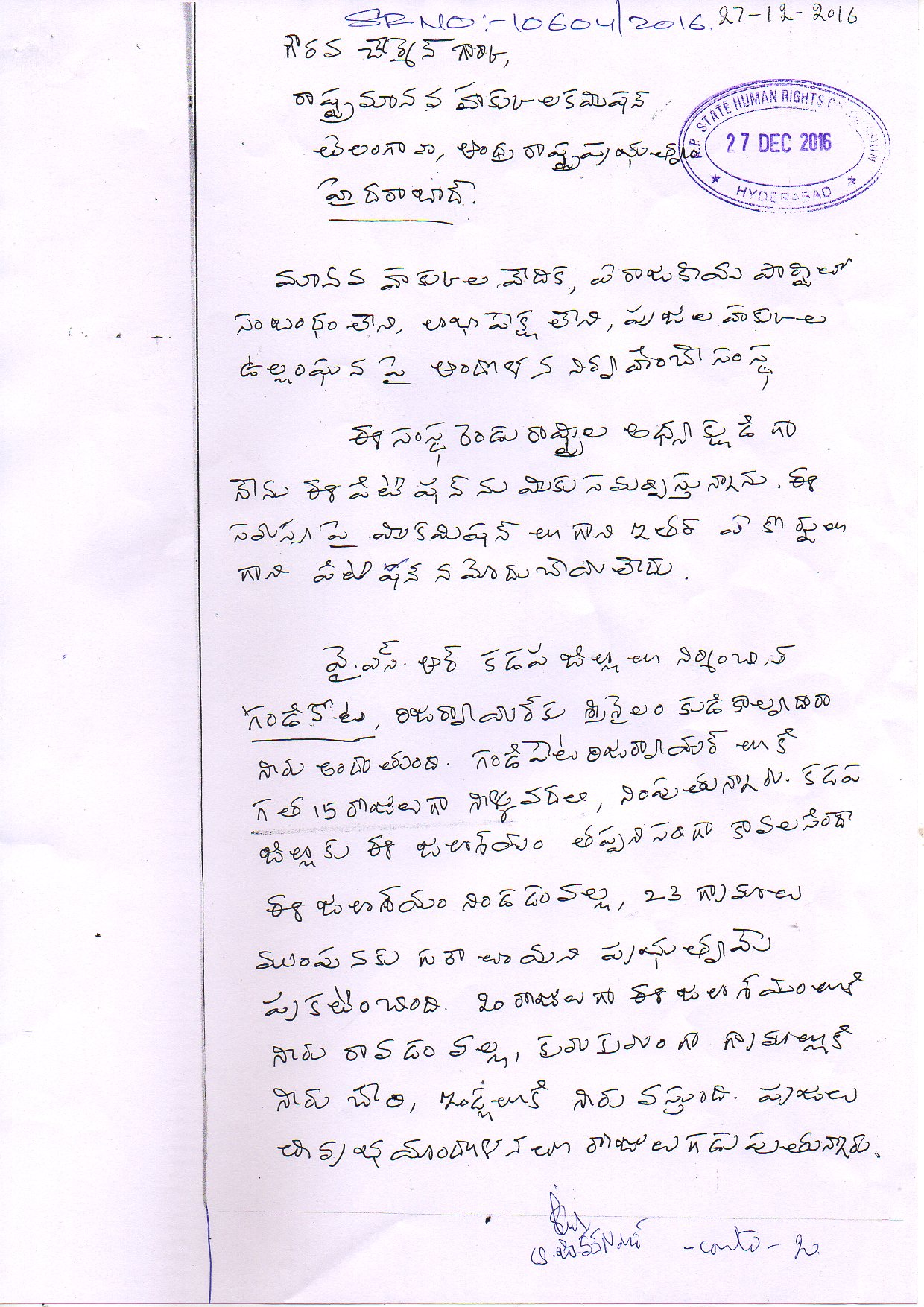 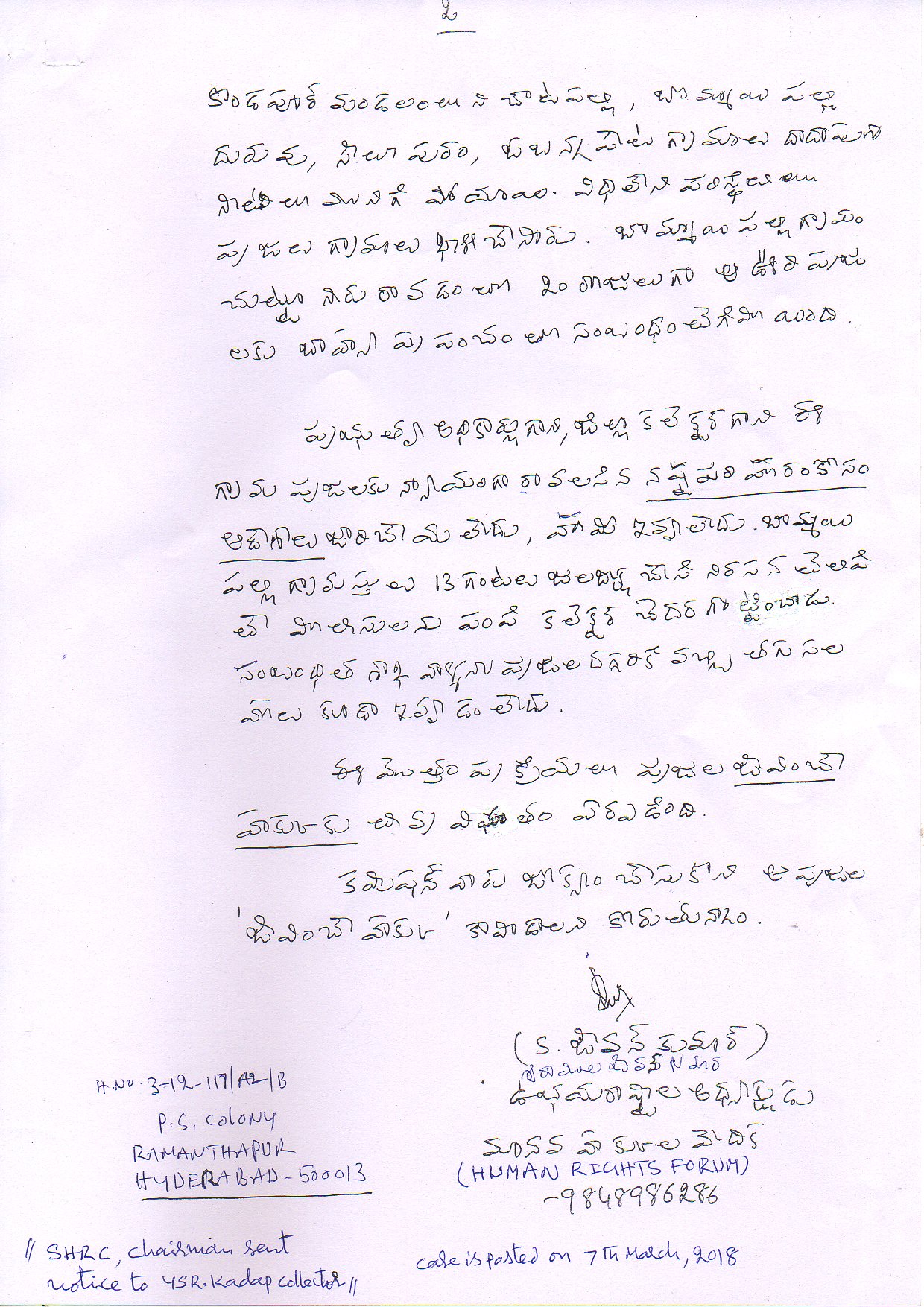