On January 22, 2021, the residents of Sunjwan village in Bhatindi in Jammu held a protest against the government authorities after an antiencroachment drive was started in the area. The Jammu Municipal Corporation (JMC) attempted to demolish shops/houses of 14 families on two hectares of land; however, the drive was halted as local people allegedly started pelting stones at the officials. They also damaged a police van and two JCB machines. According to Avny Lavasa, commissioner of the Jammu Municipal Corporation, one driver suffered a head injury while another was hit in the chest by a stone. We had issued notices to 14 families in Sunjwan village for allegedly expanding their shops and houses without seeking permission from the authorities. Some of these structures were built on forestland, she informed LCW. Some residents told the media that the timing of the antiencroachment drive, which was held at night, caused panic among the people. The told the media that the presence of security personnel and earthmovers sparked rumours and that people started coming out of their homes and clashed with the police. Meanwhile, some people have alleged that the JMC is selectively targeting Muslim properties in Sunjwan. Eviction drives have been taking place across Jammu and Kashmir after the Roshni Act, under which the ownership of state land was vested with occupants under certain conditions, was scrapped by the Jammu and Kashmir High Court in 2020.

Avny Lavasa, commissioner of the Jammu Municipal Corporation, told LCW that notices were issued to 14 families in Sunjwan village for allegedly expanding their shops and houses without seeking permission from the authorities. She added that some of these structures were built on forestland. 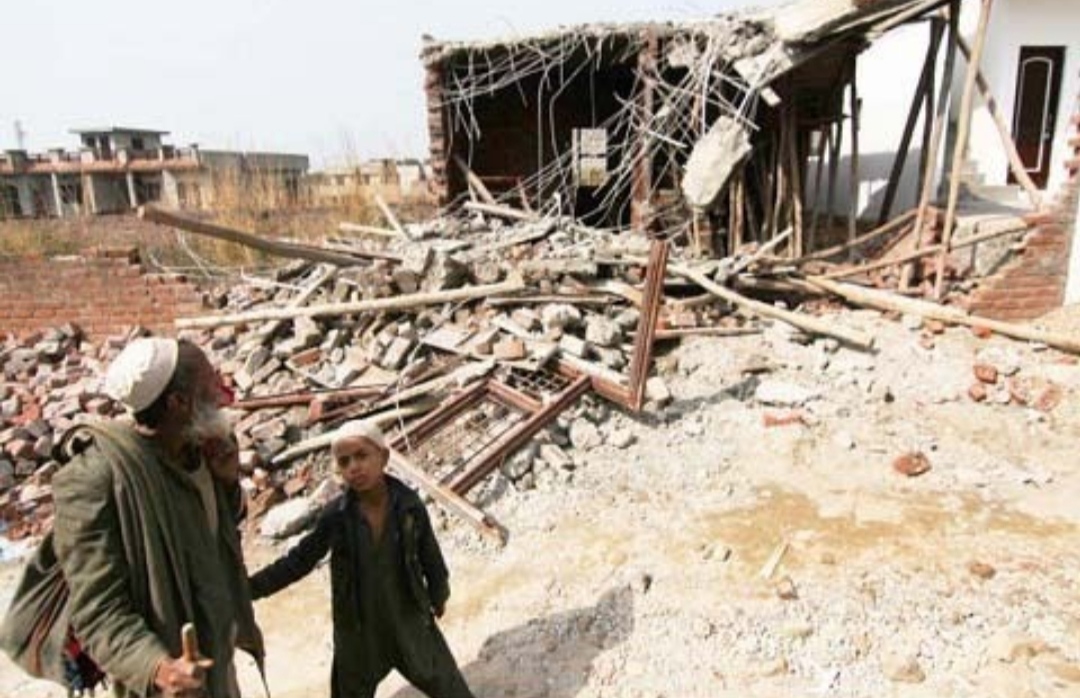