Kotkasim panchayat in Rajasthan's Alwar district has alleged that nearly 20 families have encroached upon 3.03 hectares of government land in Khatikan Mohalla on the bank of the Sabi River. According to the panchayat members, the families started settling on the land nearly 30 years ago. Over the years, the sarpanches (heads of village panchayat) kept on changing, and some favoured the families. They even issued land allotment letters to some of the families, providing them legal titles to the land. On March 6, 2019, Sarpanch Mahaveer Acharya decided to remove the allegedly illegal settlements. A team of the panchayat reached the area with bulldozers but were met with protests by the people living there. Facing immense pressure from the families, the panchayat officials returned without demolishing the settlements. Acharya also noted that the panchayat had written a letter to Kotkasim tehsildar Ajeet Yadav on March 6, who assured him of action against the occupants. In the letter, Acharya had alleged that the encroachment was blocking a road leading to the village's Anganwadi. New headline: Kotkasim Panchayat in Rajasthan's Alwar Seeks to Evict Households on Government Land 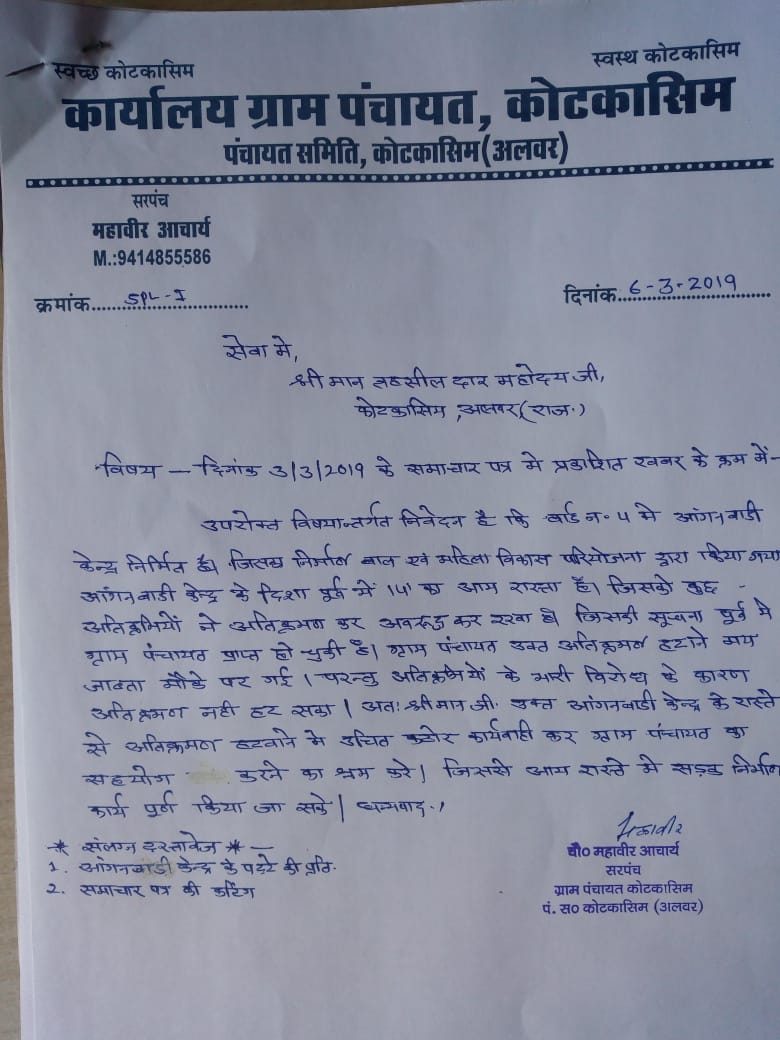