The AmritsarJamnagar Expressway was notified in May 2018 by the Ministry of Road Transport and Highways. The highway is a mix of greenfield and brownfield stretch passing through Punjab, Rajasthan and Gujarat. The expressway holds strategic importance as it will connect the three big refineries of Bathinda, Barmer and Jamnagar. The expressway is part of the Centre's ambitious Bharatmala Pariyojana, aimed at linking industrial corridors through interstate expressways. According to the National Highways Authority of India (NHAI), the length of the expressway is approximately 1,298 kilometres. As per an official statement of the Rajasthan government, 636 kilometres of it will pass through Sriganganagar, Hanumangarh, Bikaner, Nagaur, Jodhpur, Pali, Sirohi and Jalore districts of the state. Soon after the land acquisition process for the project started, farmers began to agitate. They contended that even though the compensation was being provided as per the norms of the Land Acquisition Act**, **2013, the District Level Committee (DLC) rate, which the state determines from time to time, was not fixed before the land acquisition process began, as mandated by Sections 26 and 28 of the 2013 Act. They allege that the market rate of the land was not evaluated and that the compensation amount was determined on the basis of past DLC rates fixed by the state. Since the DLC rate is always less than the market rate, the farmers are now demanding four times the market rate for their land.
One of the many protests started in Bagoda in Jalore district, where a large number of peasants started camping to seek higher compensation for their land. In February 2020, Ramesh Dalal, president of Bharat Bhoomi Bachao Sangharsh Samiti, began an indefinite strike in Jalore to press the farmers demand for revised compensation. Later, the agitating farmers wrote a letter to President Ramnath Kovind seeking permission to commit euthanasia. No case of death has been reported so far. Dalal said the farmers can earn more income per hectare through agriculture than the compensation offered. He reiterated that the compensation should be determined by following all applicable provisions of the Land Acquisition Act, 2013, failing which the agitation would continue. Alternatively, the farmers have demanded a reevaluation of the expressway and suggested that it should be linked to one of the existing highways in the state so that their agricultural land need not be acquired in the first place. The protest had to be called off in March due to the worsening coronavirus pandemic in the country. Sporadic protests had resurfaced in the middle of the pandemic and continue to date, although this resistance has now been overshadowed by the proposed farm laws. While the protests are still ongoing, in February 2021, Union Finance Minister Nirmala Sitaraman, during her budget 202122 speech said that the construction of the project will commence in the financial year.

Shifting highway alignment to another identified option in Barmer and Jalore

Right to Fair Compensation and Transparency in Land Acquisition, Rehabilitation and Resettlement Act, 2013
Sections 26 and 28 [mandate the District Level Committee (DLC) rates to be fixed before land acquisition, which was not followed]; Section 27 [deals with the determination of the amount of compensation by valuing all assets, including those attached to the land, which is related to the market value]; Section 105(3) [provisions of the LARR Act will apply to land acquisition under the National Highways Act, 1956.]
National Highways Act, 1956
Section 3A [Power of central government to acquire land], Section 3G [When land is acquired under the Act, the amount of compensation payable is determined by the competent authority.]

NHAI Project Director Y.B. Singh told LCW that compensation is being provided as per the LARR Act of 2013. He did not comment on the violation alleged by the protesting farmers. 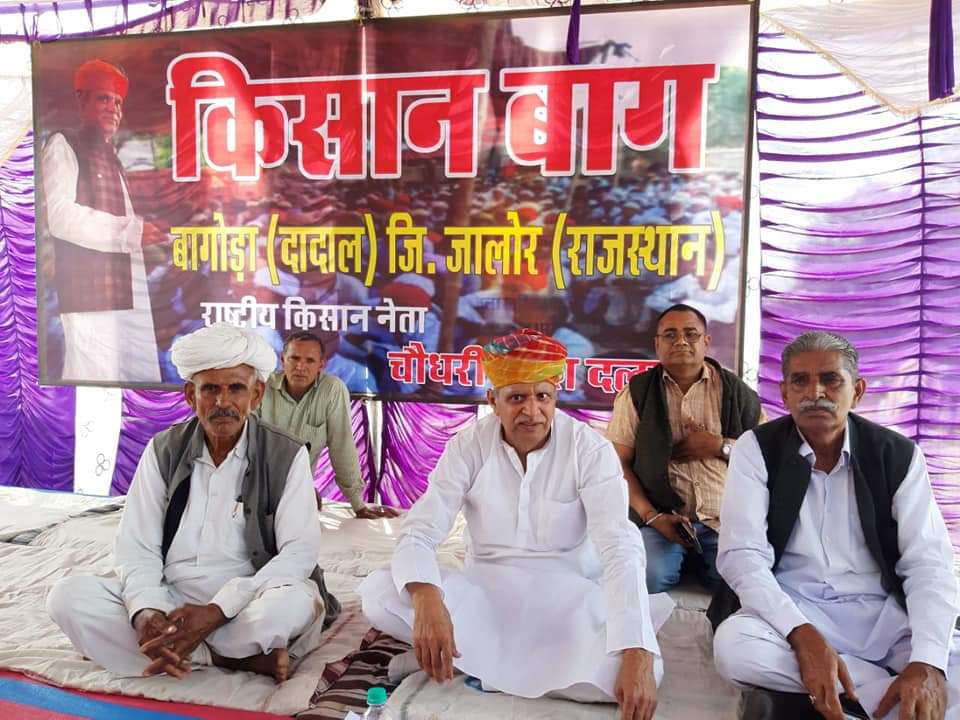