In 2016, the Joint Forest Management Committee (JFMC) of Kodwagodan and Mathpur panchayats, in collusion with the state forest department, allegedly destroyed crops and fenced agricultural land in Nagadabra village located in Pandariya block. The forest department also took away grazing animals of the farmers and returned them only after being bribed. From 2017 to 2019, multiple incidents of violence took place in Nagadabra when the police teamed up with the forest and revenue departments and destroyed houses and beat up people. The authorities claim that the Nagadabra residents have settled on land for which they do not have title deeds. The residents, on the other hand, refute this allegation. Faglu Baiga, the village head and one of the first persons to migrate from the hills to settle in Nagadabra, showed LCW his land deeds/patta to prove his ownership. However, he adds that the situation is complicated as the people have been given land deeds for plots adjacent to the land where they reside, creating confusion over ownership. Violence also broke out in the new hamlet of Tandidahra adjacent to Nagadabra. After the monsoons in 2016, about 75 families from the Baiga community settled in Tandidahra after receiving written permission from the sub divisional magistrate, hoping to eventually get title deeds for the land. This settlement was also attacked thrice from 2017 to 2019 by the JFMC of Kodwagodan and Mathpur panchayats, forest department, revenue department and the police. The residents were assaulted, newly made huts were burnt, water sources were destroyed, land was bulldozed and agricultural equipment and mobile phones were confiscated. In July 2018, the villagers were evicted the authorities forcefully corralled them and their cattle into trucks and dropped them off in a faraway village. At least 150 households (75 each in Nagadabra and Tandidahra) have been affected by the crackdown by the administration. Almost all of these families are from the Baiga tribe, listed as PVTG (particularly vulnerable tribal group). When the villagers and local activists protested against the violence, they were assaulted and beaten up by the police. Various complaints were also lodged at the block, district and state levels over the years. But no significant action has been taken, except for a report sent by the State SC/ST Commission in 2017 to various district authorities after conducting an inquiry, in which it asked the district authorities to resolve the issue after discussing with the communities and to provide land to the families instead of evicting them. The protesters too have demanded a stop to the violence by the forest, revenue and police departments, resolution of confusion over _pattas _for adjacent plots of land in Nagadabra and resettlement of the 75 families from Tandidahra. They have not taken any legal recourse yet. On September 17, 2020, the state authorities again destroyed standing crops grown by farmers in Nagadabra and let animals loose on the fields. The villagers submitted written complaints to the district collector, police and the forest department. "We grow crops in the hope that we will earn our own food and yet they are destroyed," one of the residents told LCW. They are now trying to file a public interest litigation at the Chhattisgarh high court. Meanwhile, the households that were trying to settle in Tandidahra have moved back to their native villages of Birhuldeeh, Fifdi and Karhalu in the hills, to name a few, for fear of violence by state authorities and neighbouring panchayats, although they have not abandoned their claim on the land.

Scheduled Tribes and Other Traditional Forest Dwellers (Recognition of Forest Rights) Act, 2006
Section 4(5) [No member of a forest-dwelling Schedule Tribe or other traditional forest dweller shall be evicted from forestland under his possession till the recognition and verification of forest rights and titles is complete]; Section 7 [Where any authority contravenes the provisions of this Act, they shall be liable to be proceeded against and be subjected to a fine]
Constitution of India, 1950
Article 21 [No person shall be deprived of his/her right to life and liberty]
Scheduled Castes and Scheduled Tribes (Prevention of Atrocities) Act, 1989
Section 3(1)(g) [Whoever wrongfully dispossesses a member of a Scheduled Tribe from his land or destroys the crops shall be punishable with imprisonment and a fine]; Section 3(1)(z) [Whoever forces or causes a member of a Scheduled Tribe to leave his house, village or place of residence shall be punishable with imprisonment and a fine]

From 2017 to 2019, the police, along with the forest department, evicted more than 70 Baiga families. They burnt houses, bulldozed land, confisctated mobile phones and assaulted the tribe members when they protested. 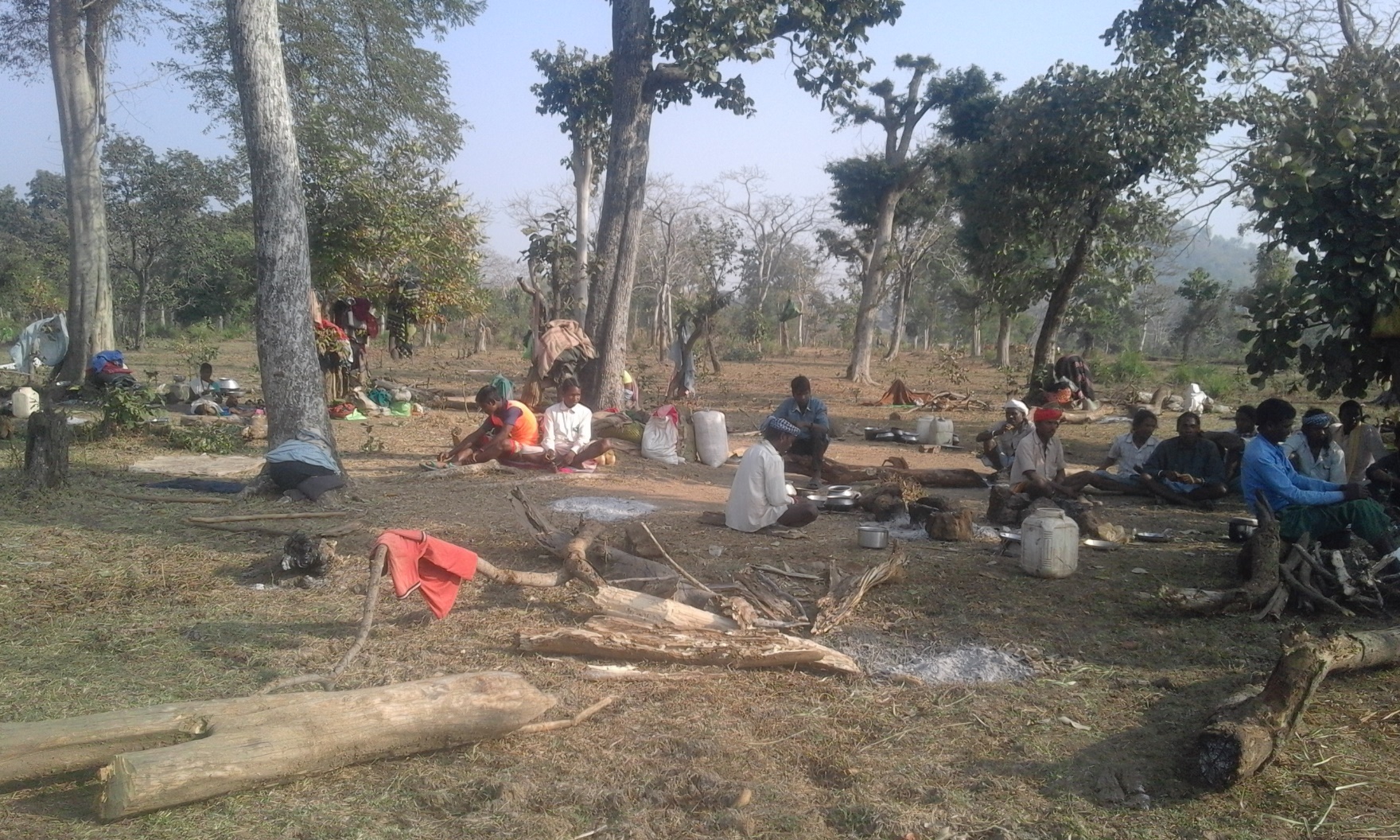