The construction of the ChandigarhBaddi railway line had become a cause for unrest among farmers in Himachal Pradesh as the farmers did not agree to the compensation rate offered.  A threekilometre stretch of the 28 km railway line would be in Himachal Pradesh, and the remaining in Haryana. In the Solan district, farmlands from nine villages, measuring 33.75 hectares, was to be acquired in the Baddi industrial area. In 2016, the Northern Railway released its share of the fund, which initiated the land acquisition process, as per a news report. However, the farmers were demanding Rs 1 crore per bigha (0.16 ha) as compensation.  As per a news report, in July of the same year, the farmers were offered a rate of four times the prevailing circle rates for the land acquisition. The SubDivisional Magistrate of the Nalagarh division arrived at this decision in the negotiation committee he was chairing. He arrived at a figure of Rs 4.5 lakh to Rs 54 lakh as the price of the land. At the time, the SDM stated all villages except Kenuwaal had given consent, whose circle rates would revise after review. However, the affected farmers refused to accept the compensation offered.  In August 2019, the Principal Secretary (Transport) appointed SDM of Nalagarh as the component authority for the project. The project was also classified as a special railway project.  In October, the Ministry of Railways finally issued a notice for land acquisition for the project after a delay of four years. According to a news report, it gave the landowners 30 days to raise objections with the compensation with the competent authority.  As per another news report, the authorities set the target of April 2021 to compensate the affected farmers would receive compensation. The report stated that the competent authority was in the process of finalising the compensation rates for each village separately, after which the ministry would approve the decided awards. It was as per the prevailing circle rates and average rates, whichever was higher. In February, the Ministry of Railways released an amount of Rs. 100 crore for starting the project.  Subsequently, in April, the land acquisition process was completed in the nine villages, stated a news article. 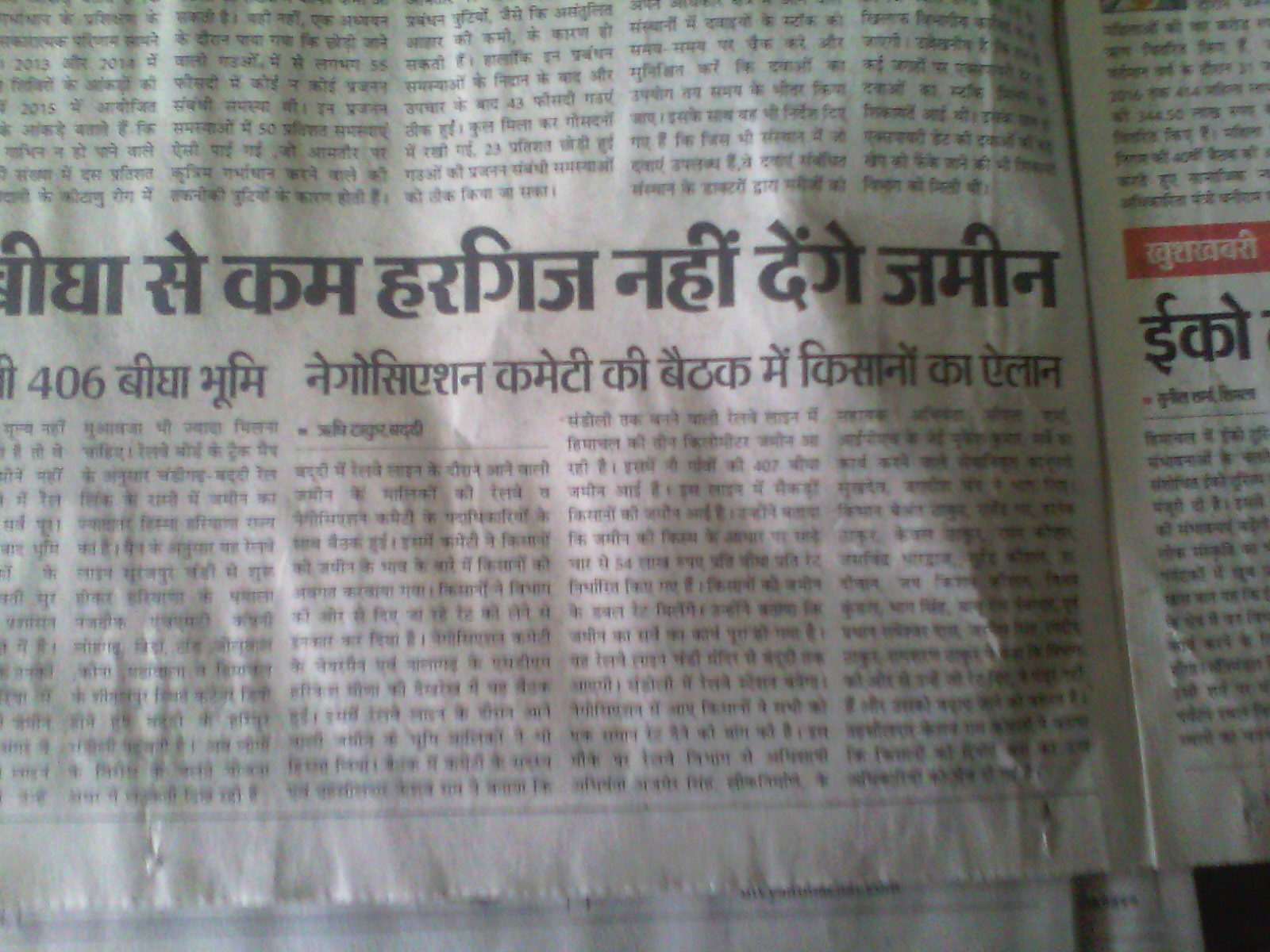