To provide water for crops in droughtprone Lalitpur district of Uttar Pradesh, UP government built Kachnaunda Dam. The 5500acre land was acquired to build the dam in 2007. Village residents whose land was acquired are claiming that only half of the farmers got the compensation for 2700 acre land. Other half are running from office to office demanding their compensation. Farmers are also alleging that while the dam was supposed to irrigate the crops, most of the water is going to the Bajaj Thermal Power Plant located nearby. Farmers have now written to the Chief Minister of the state, Yogi Adityanath demanding compensation. Executive engineer of the dam, Kaushlendra Pandey told LCW that the application had been sent to the government. "Farmers will get their compensation as soon as the gov processes the funds" he said. The residents of the Bamhori Sehna village** say **the canal for the dam will destroy their houses and submerge their fields. By 2017, only 50% of farmers received the compensation. In 2018, Chief Minister Yogi Adityanath, along with Uma Bharati, Minister of Drinking Water and Sanitation discussed on the concerns and released INR 45 crore for the Kachnoda dam project.

Controversial land acquisition by the government , Violation of free prior informed consent 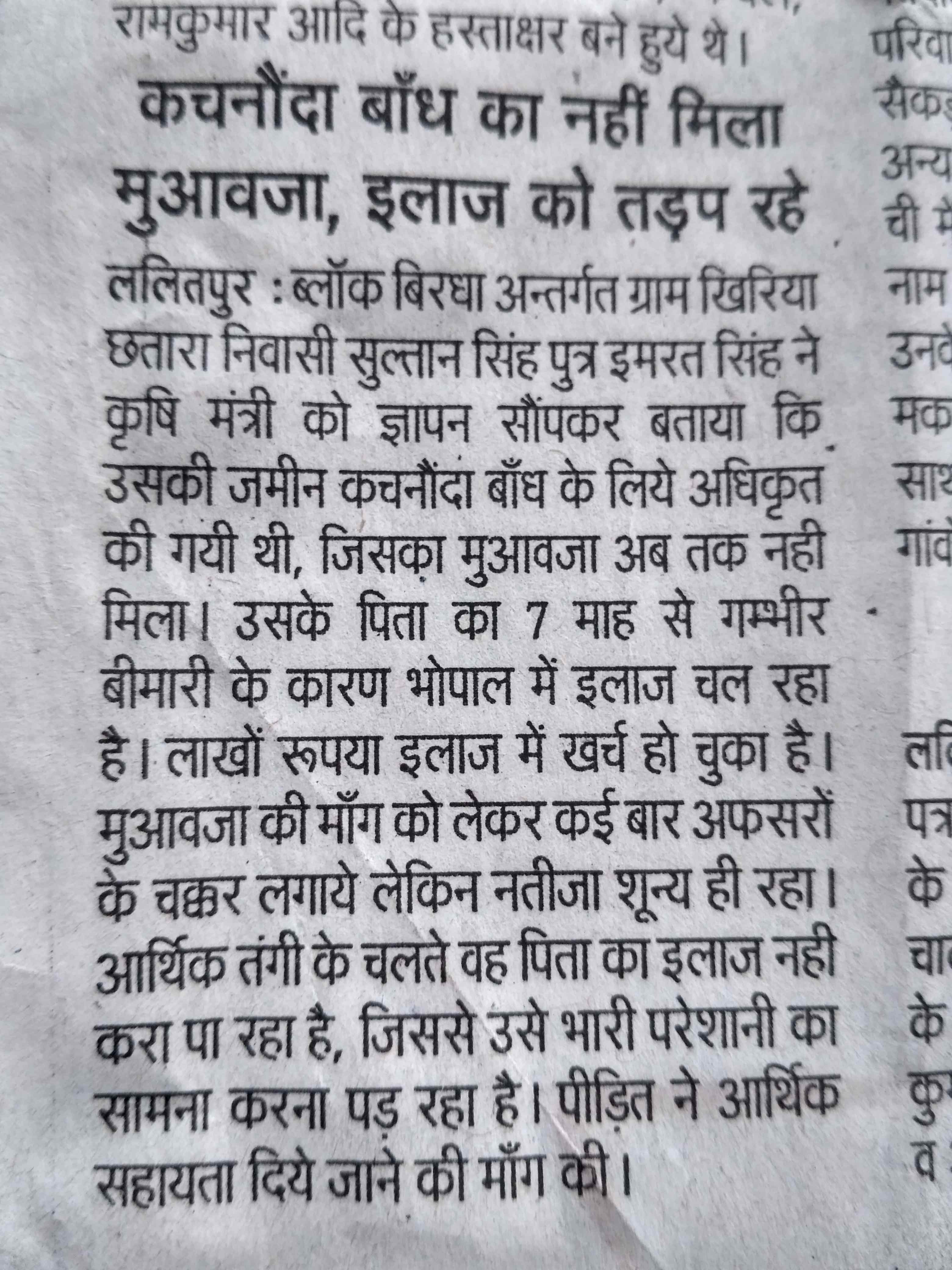