On July 2, 2020, the Ministry of Environment, Forests and Climate Change declared a kilometrelong radius around the boundary of the Kudremukh National Park (KNP) an ecosensitive zone (ESZ). Environmentalists** state that even though the order is in the best interests of the KNP as it has provided a habitat for endangered flora and fauna, it has caused fear among the tribal communities living in the area. Close to 60 villages and 108 revenue sectors from the three districts of Udupi, Dakshina Kannada and Chikkamagaluru are set to be affected. A resident of Idu village in Udupi's Karkala tehsil told LCW that some 45 lakh people will be impacted by the decision. In the 316 square kilometres of the ESZ, largescale industrial activities, such as commercial mining; quarrying; sawmilling, establishing, maintaining and managing pollutant industries; and installation of major hydropower plants are now prohibited. Other commercial activities in the affected villages spread across the three districts have also been banned.  The indigenous communities fear losing their livelihood sources. They also fear that the price of land under the ESZ might come down and worry that infrastructural development in the area might stop. Ramachandra Bhat, a member of Bengalurubased Wildlife Conservation Society (WCS), told LCW that the forest department in the state has already stopped widening National Highway 169, which passes through the national park and connects it to other important areas in the state. He added that families living in the vicinity of the park have no electricity connection, and since mobile towers are not allowed to be constructed, they do not have access to the internet.  Bhat further mentioned that the local people did receive many subsidies from the government and help from nonprofits to install solar lighting, but as the weather stays cloudy most of the time, solar power has not been of much help. P. Rutran, deputy conservation officer of Kudremukh wildlife division, told LCW that efforts are needed to protect the environment from indiscriminate industrialisation in the area but also assured that the indigenous communities need not worry. This declaration does not change the land ownership of the people in the region. People living inside the zone cannot be evacuated. They can continue to live there and pursue their regular activities. There is no restriction on power lines, drinking water pipelines, roads, bridges, farming and horticultural practices by the local communities," he added. On October 15, the Malenadu Raithara Hitharakshana Vedike (Malenadu Farmers Welfare Committee), NR Pura tehsil, Chikkamagaluru district, held a peaceful protest against the ESZ. The residents of the tehsil closed their shops in support. Several politicians were also present at the protest. The farmer leaders expressed outrage over the state and Central governments move on the Bhadra tiger project in Chikkamagaluru **and the declaration of the ESZ around KNP. They warned that they would intensify their protest if their demands were ignored. More than 3,000 people participated in the protest.

Demand to overturn the decision declaring the ESZ

Guidelines for Declaration of Eco-Sensitive Zones around National Parks and Wildlife Sanctuaries dated 2011
Point 3 [Purpose of declaring ESZ is to create “Shock Absorber” for protected areas and be a transition zone from areas of high protection to areas involving lesser protection], Annexure 1 [List of prohibited, regulated and permitted activities, such that felling of trees is regulated and requires permission from appropriate authority]
Scheduled Tribes and Other Traditional Forest Dwellers (Recognition of Forest Rights) Act, 2006
Section 3(i) [Forest rights enumerated for forest dwelling tribes, such as the right to live in forest and utilize its resources]
Electricity Act, 2003
Section 3(2)(v) [Central Government to take necessary measures to protect and improve quality of environment, by restricting areas in which industries operate]
Environment Protection Rules, 1986
Section 5(1) [Central Government can prohibit or restrict location of industries from operating in specific areas having environmental importance]
Notification S.O. 2188(E), Extent and Boundaries of Eco-Sensitive Zone around Kudremukh National Park, Ministry of Environment, Forest and Climate Change, July 2, 2020
Point 3 [State Government to highly regulate land use of the land in the ESZ, including prohibiting any commercial activity on tribal land], Point 4 [List of activities to be prohibited within ESZ including felling of trees. Collection of forest produce to be governed by existing applicable laws]

P. Rutran, deputy conservation officer of Kudremukh wildlife division, stated that efforts are needed to protect the environment from indiscriminate industrialisation in the area but also assured that the indigenous communities need not worry. “This declaration does not change the land ownership of the people in the region. People living inside the zone cannot be evacuated. They can continue to live there and pursue their regular activities. There is no restriction on power lines, drinking water pipelines, roads, bridges, farming and horticultural practices by the local communities," he added. 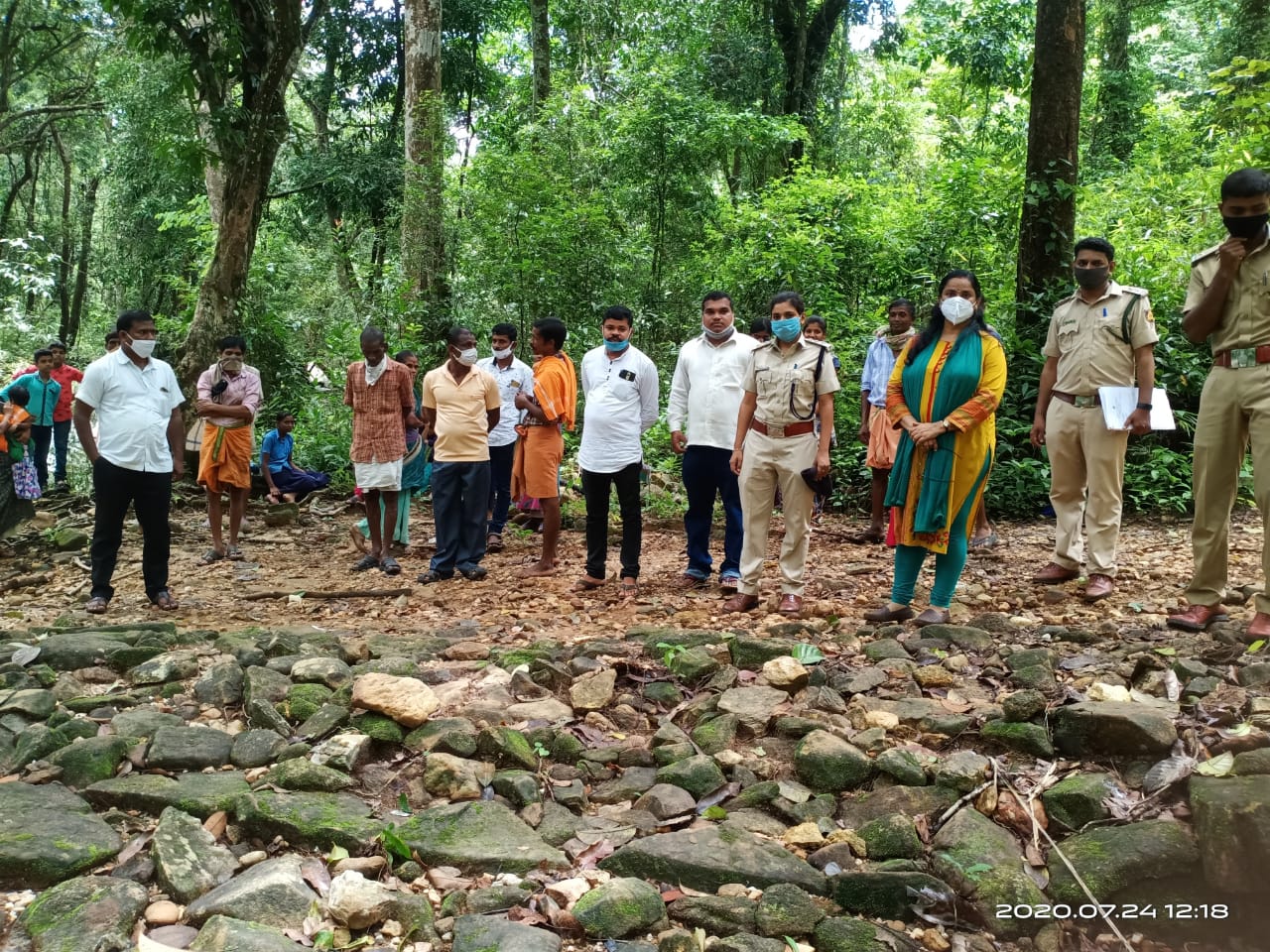