Mukti Dham, a Dalitonly cemetery in Vanthal village, Viramgam tehsil, Ahmedabad, has been flooded with sewage water allegedly by the uppercaste residents of nearby Ashtavinayak housing society since January 2020. Because of the flooding, the cemetery can no longer be used and the Dalit residents have to carry the body of their dead for more than five kilometres for cremation. The Dalits have been using the cemetery for many decades, which was allocated to the community by the district collector. According to Kirit Rathod, chairperson of Dalit Adhikar Manch, clashes between the Dalits and the upper caste in this area are common. He alleges that the cemetery has been flooded on purpose to humiliate the Dalit community and cause them unnecessary hardship. The cemetery where our kinsfolk lay buried has turned into a swampland. They were humiliated when they were alive. And now, even after they have died, the uppercaste people are heaping insult on them by purposefully discharging their solid and liquid waste into our final resting place, Rathod told the media. Dalit Adhikar Manch had written a letter to Chief Minister Vijay Rupani demanding strict action, following which the municipal corporation had swung into action and visited the site to check how the contaminated water was being diverted to the cemetery. The municipal authorities have so far issued two notices to the chairperson of Ashtavinayak society under Section 133 of the Criminal Procedure Code, which empowers the district magistrate to take appropriate action to remove any nuisance or obstruction from a public place. But nothing has changed on the ground and the cemetery continues to be flooded. "We are planning to organise largescale protests and roadblocks if there are no further developments," Rathod told LCW. Meanwhile, the Dalit community of Viramgam, along with Dalit Adikhar Manch, raised funds to fill the land and convert a plot near the cemetery into a burial ground.

People from the SC community have been denied decent burial since January 2020. They have to travel five kilometres to bury their dead or fill the land with soil and cover it before burying them in the cemetery. 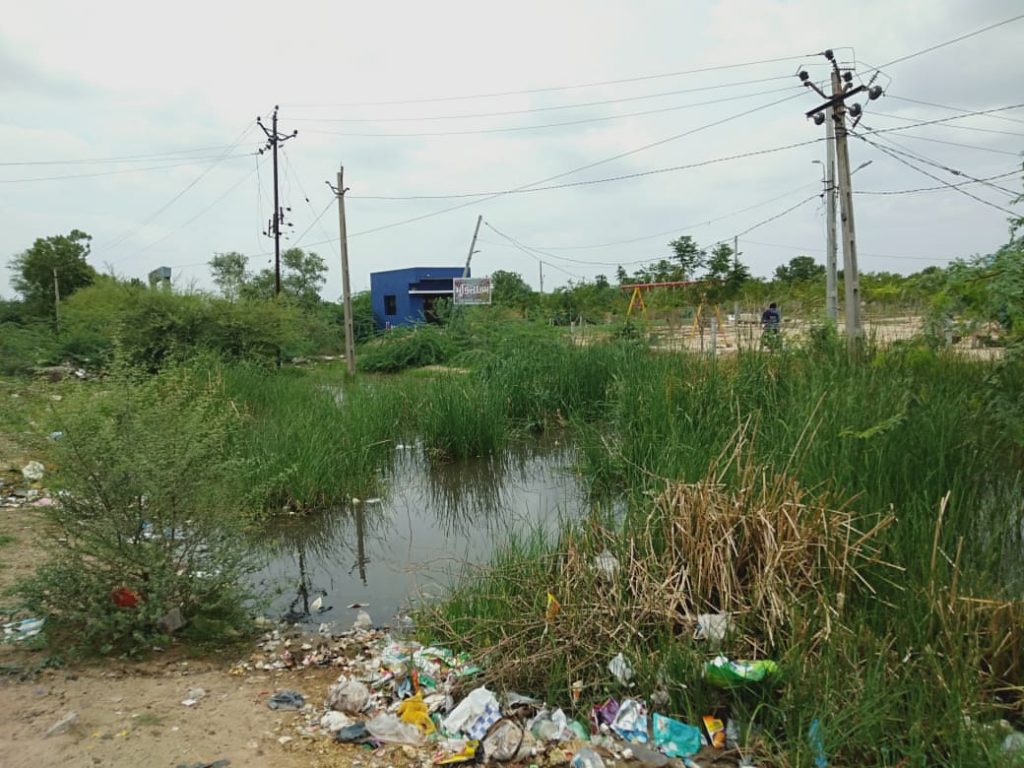