On April 6, 2015, the Himachal Pradesh High Court passed an interim order to remove the “encroachments” on the forest lands in the state within six months. The interim judgement directed the state to remove “illegal structures” and “disconnect the electricity and water connections provided” to it. It also instructed to destroy and uproot all the crops and plants on the “encroached land” and take legal action in the cases of non-compliance. Consequently, the state forest department immediately launched an eviction drive and issued notices.
According to the representatives of the Himdhara Environment Collective, the order of the high court was unclear on the “rights of the affected people under Forest Rights Act 2006”. They claimed that the state was violating the provisions of the FRA as it failed to exclude the regions that may fall under the purview of the FRA. FRA empowers families who have traditionally lived in forests to claim their forest rights. It also highlighted that FRA explicitly stated that “No member of a forest-dwelling Scheduled Tribe or other traditional forest dwellers shall be evicted or removed from forest land under his occupation till the recognition and verification procedure is complete”. However, the state government lacked the will to implement the act. It also failed to bring it to the notice of the High Court.
In Kinnaur, over 60 notices of eviction were served to encroachers. However, many of them were applicants awaiting regularisation of forestland rights, which the state had first proposed to do in 2002. In July, the affected held a rally at the Kinnaur district office to protest the eviction drive.
On July 26, the state government appealed to the interim order in the high court. However, the court dismissed the petition and upheld its order. It directed the state authorities to salvage the crops and fruits and utilise the earnings for planting forest species.
Since the protests from the civil society and the affected have intensified. According to them, the state is accountable for encouraging encroachments and failing to recognise the forest rights of the locals. Affected people have also filed petitions in the high court.
In December 2015, the Ministry of Tribal Affairs clarified the provisions of FRA to the state government after the latter registered FIRs against the “encroachers” in Kannaur. Many of them had already applied for individual titles under FRA.
On October 18, 2016, the high court ruled to remove encroachment on forest/ revenue lands more than ten bighas. By November that year, the state had already passed eviction orders for 8912 cases, out of the 10,307 identified cases, and evicted 5,143 in 12 revenue districts. However, as per the 2017 CAG Audit report, a total of 15,409 forest land encroachment were pending till March 2016.
According to Himalaya Niti Abhiyan, the forest department had already cut over 40,000 trees and destroyed orchards, as well as farmlands. They also highlighted that 5,409 individual claims and 283 community forest right claims were filed in Himachal, of which only 238 individual claims and 108 community claims were settled.
Then, the state government decided to utilise the Government Land and Disposal of Government Land Rules, 2002, for regularising encroachments of plots up to ten bighas. For which, approximately 1.65 lakh families applied as per a Himdhara study.
In April 2017, the high court permitted the state to proceed with the policy. In December, it also temporarily stayed the eviction from plots less than five bighas.
On December 27, 2018, the high court directed the state government to finalise the regularisation policy for different categories of encroachers, including poor, marginalised and landless persons. It stated that the Himachal government held power to identify and confer rights to some categories under public interest and welfare. It also directed the state to finalise the document by March 31, 2019.
While the regularisation policy came as a relief for “encroachers”, it does not resolve the larger concern over the state government’s reluctance to implement FRA to grant rights to the forest communities.

The high court permitted the state to proceed with the policy to regularise encroahment. In December, it also temporarily stayed the eviction from plots less than five bighas.

Himachal Pradesh Land Revenue Act, 1954
Section 163 [This Section provides for prevention of encroachment on common lands]; Section 163 A[This Section provides for regularisation of encroachment in certain cases]; Section 168[This section provides the Financial Commissioner may, in addition to the other rules which may be made by him under this Act, make rules consistent with this Act and any other enactment for the time being in force]; Section 169 [ This section provides Rules to be made after previous publication]
Scheduled Tribes and Other Traditional Forest Dwellers (Recognition of Forest Rights) Act, 2006
Section 3 [ This section provides for Forest rights of Forest dwelling Scheduled Tribes and other traditional forest dwellers, and under Sub section (2) proviso (ii) states he clearance of such developmental projects shall be subject to the condition that the same is recommended by the Gram Sabha.]; Section 4 d [This provision statesevery Gram Sabha shall be competent to safeguard and preserve the traditions and customs of the people, their cultural identity, community resources and customary mode of dispute resolution.]; Section 4 i [This section makes it mandatory to consult the Gram Sabha or the Panchayat at the appropriate level before acquiring any land in the Scheduled Areas for development projects and before resettling or rehabilitating persons affected by such projects in the Scheduled Areas ]

In 2017 Judgement; The court directed The respondents shall also ensure that in cases of encroachments that have attained finality, no encroacher(s) who is yet to be vacated for any reason is permitted to enter the encroached land and cultivate or develop the same or utilize the usufruct thereupon and further ensure that the apple and other fruit bearing trees standing thereupon are not permitted to be pruned by the encroachers nor they be permitted to dig its basin or spray the same. In short to ensure that encroacher(s) is not permitted to take any step to reap the harvest out of and from the encroached land, and passed order making equally applicable to all cases of encroachment in excess to five (5) bighas of land. 2018 Judgement; The court observed directions shall not be taken as if this Court has permitted to take a decision contrary to the provisions of the Forest Conservation Act, 1980. If need be, the State Government shall take up the matter with the Central Government for whatever Policy decision it wants to take in this regard. Similarly, the observations/directions issued herein above, shall not be taken as a positive mandate for conferment of proprietary rights on all the encroachers of the Government land(s). It will be for the State to identify the class or category of persons to whom such rights might be conferred in public interest and as a part of the welfare activities of the State. In addition court held, that petitioners shall not raise any construction/further development but their possession shall be kept intact till the Policy decision is taken and petitions were disposed, meaning thereby the high court permitted the state to proceed with the policy. In December, it also temporarily stayed the eviction from plots less than five bighas. 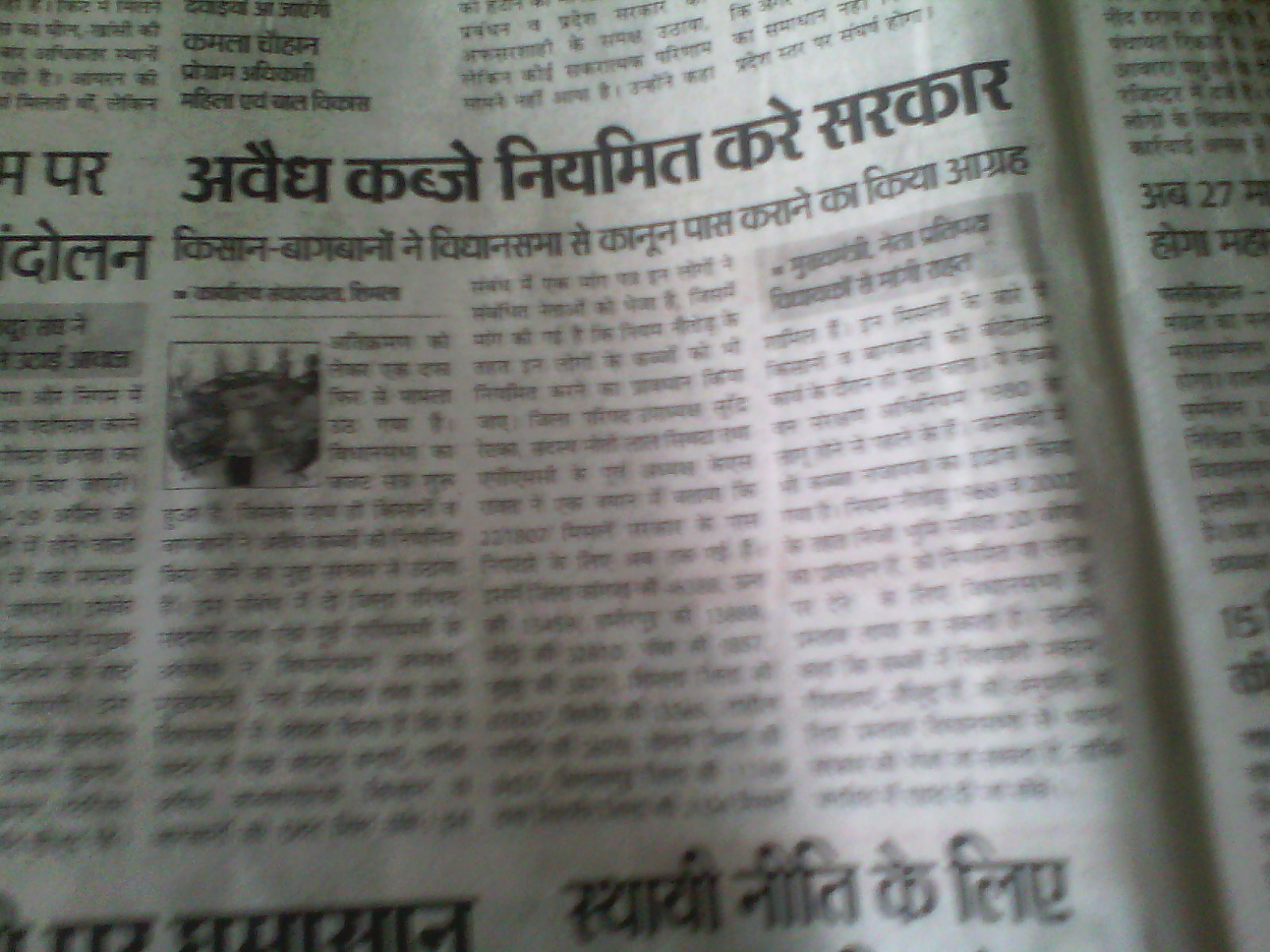