In 2004, Jaipur Development Authority (JDA) proposed to develop a new Greenfield Airport in Jaipur and reserved 2094 hectares of land for acquisition from 20 villages near Shivdaspura. Since then, farmers in the region led protests opposing the project. Ashok Mehta, President of Shivdaspura Greenfield Airport Hatao Samgarah Samiti, said that Jaipur Development Authority started acquiring land in 2005 without a permission from the Airport Authority of India. He said that the project will directly affect 80000 people. There are 2000 houses, 30 schools and 200 commercial institutions where the project was proposed. As years passed, farmers in the region urged the government to give a clarity on the project while demanding regularisation of their villages. Additionally, JDA had imposed a ban on land conversion and issuing of lease deeds in the region. In 2018, the state government gave permission for acquiring the land. However, In August 2020, the state government cancelled the project citing that the Union Ministry of Aviation turned down the project and decided to free the reserved land for the airport ending the conflict. 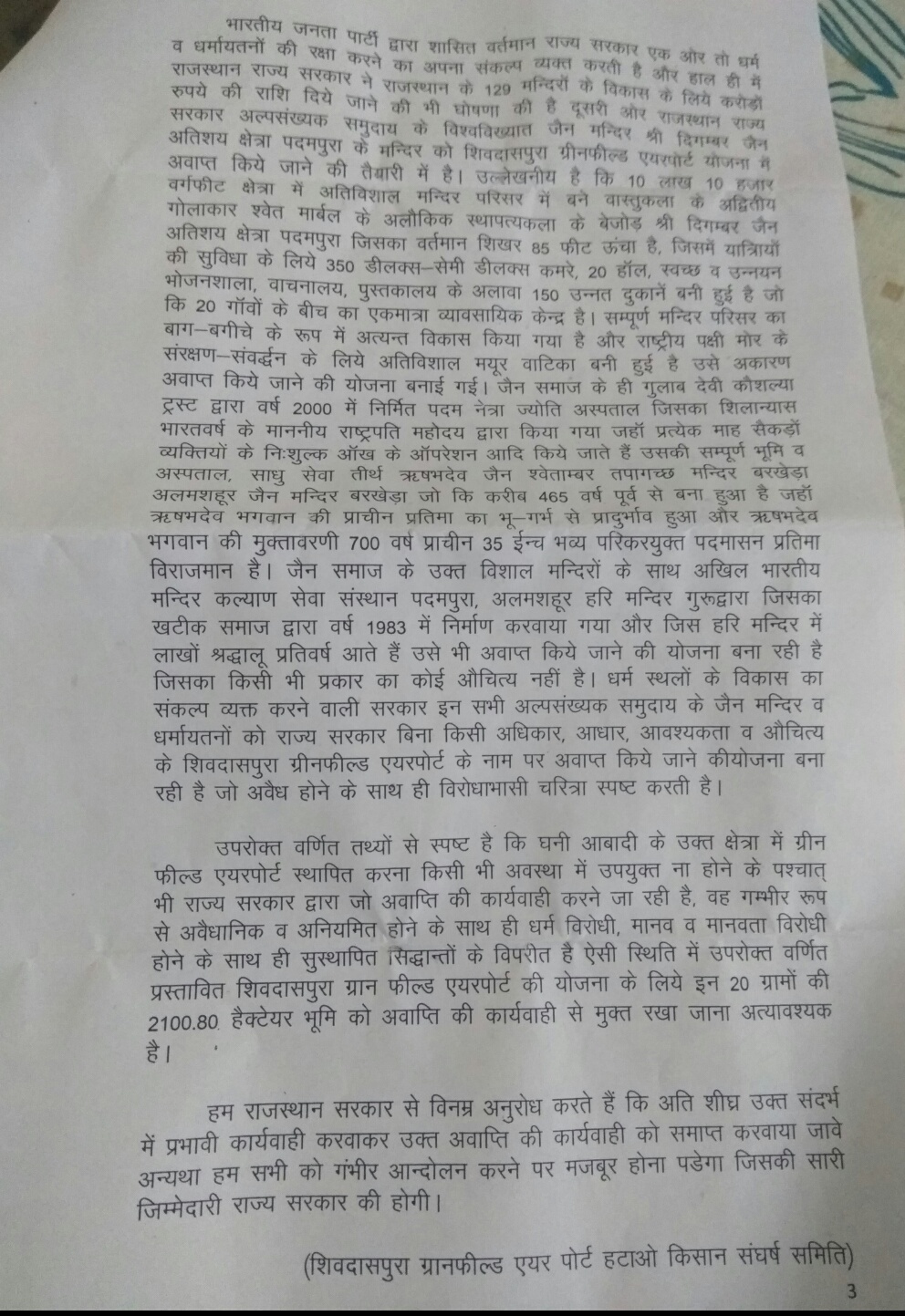