In the first week of March 2019, the Karbi Anglong Autonomous Council (KAAC) carried out an eviction drive in the Sarke Basti area located on the border of East Karbi Anglong and Hojai districts. The Karbi Anglong district administration claimed that the entire evicted area falls under its jurisdiction and that the people living there were "encroachers". However, the people questioned the validity of the eviction, stating that their area fell under the jurisdiction of Hojai district and not KAAC.        The eviction came in the face of a longstanding border dispute between Karbi Anglong and Hojai. Over 600 families were evicted and 2,700 people were rendered homeless. Kulsum Begum, a heavily pregnant woman, was forcibly dragged out of her home, physically assaulted by the police and paramilitary forces and was later deprived of urgent medical aid. She went into labour and gave birth under the open sky. She succumbed to her injuries on March 11. The Karbi Anglong administration claims that the border areas constitute a reserved forest, while the Hojai administration claims these are villages mapped by the district revenue department.  Tuliram Ronghang, chief executive member of the KAAC, alleged that the families were undocumented immigrants from Bangladesh who had been living on the land belonging to Karbi Anglong. The families refute the allegations, saying that they are residents of Hojai and Indian citizens.          According to local people, the claims to the disputed area between Karbi Anglong and Hojai have been a cause of concern between the two regions for some time and that the KAAC had attempted many eviction drives in the area previously. But the eviction drive in March 2019 was more systematic and violent. Security forces torched houses and also demolished Chudhury Para Primary School, the only school in the area. On March 8, 2019, Krishak Mukti Sangram Samiti's Hojai district committee staged a protest in the area demanding a judicial stay against eviction drives until the boundary of the two districts is finalised. But the police, army and paramilitary forces attacked unarmed protesters to disperse them. They resorted to lathicharge, which left more than 30 people injured. Some residents claimed that civilians from Karbi Anglong district also took part in the violence. The protesters condoned the inaction of the Hojai district administration even as both the district authorities are in negotiation for resolving the longstanding border dispute. The matter is currently pending in the Gauhati High Court. Several news reports claim that evictions have been a weaponised effort against Assam's Bengali Muslim population.

A heavily pregnant woman named Kulsuma Begum was forcefully dragged out of her house and physically assaulted by the police and paramilitary forces. She was left bleeding out in the open and gave birth to a boy, but she succumbed to her injuries on March 11. Security forces also torched houses and demolished Chudhury Para Primary School, the only school in the area. On March 8, police, army and paramilitary forces attacked unarmed protesters to disperse them. They resorted to lathicharge, which left more than 30 people injured. 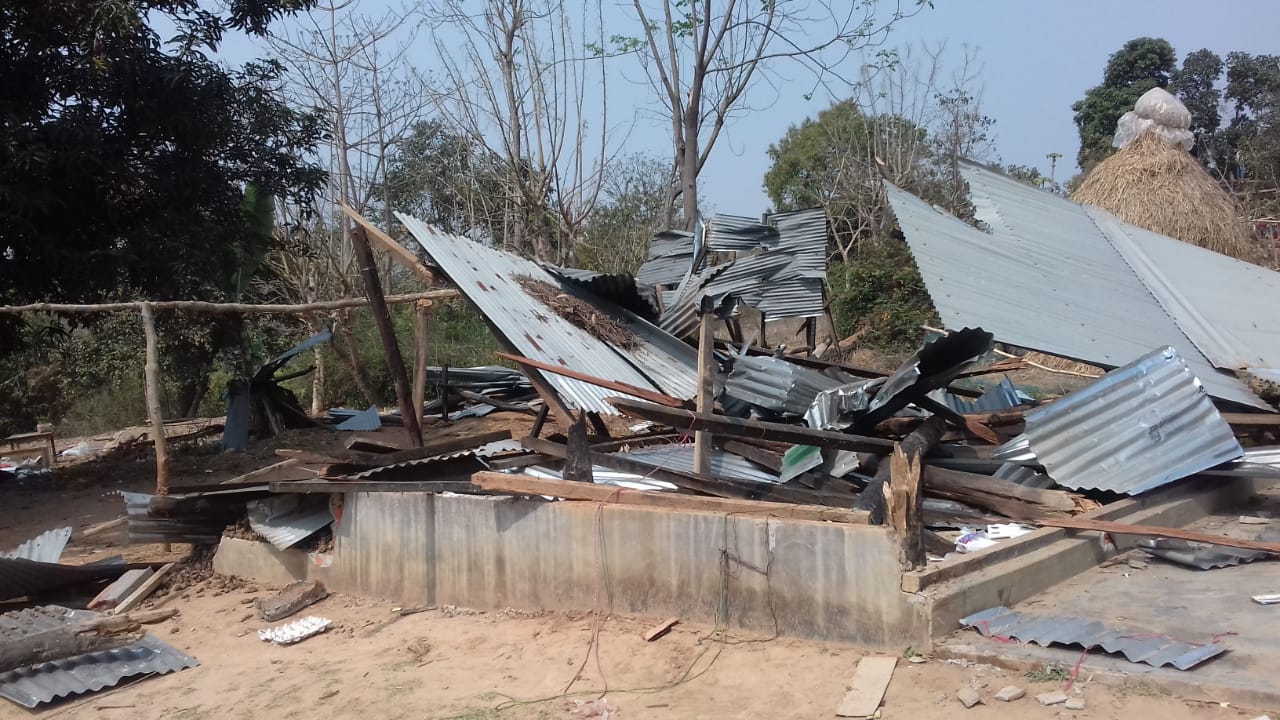