Kaladan Multimodal Transit Transport Project is the cornerstone in India's Look East Policy, which aims at building economic and strategic relations with South Asian nations. In April 2008, the Congressled United Progressive Alliance government entered into an agreement with Myanmar to facilitate the implementation of the project. The aim was to develop a multimodal transit transport system to the Northeastern states through Myanmar. The transit route was envisaged between Kolkata and Mizoram. Forty acres of land were to be acquired for the 87kilometre highway from 331 farmers, who started demanding compensation for their land in 2012, when the survey for the project was completed. They have organised several strikes and blockades over the years demanding immediate compensation, which led to the project missing completion deadlines twice. The third deadline was set on December 30, 2018, but this was missed as well. The underlying problem with compensation is the absence of land records. Since 2012, several huts have sprung up along the highway at the border, and the number of people demanding compensation have began to swell, according to an anonymous official talking to the media. A few years prior to 2018, the government compensated some landowners, but they lodged a complaint stating that namesake compensation had been given to fraudulant individuals. In 2018, the state government submitted a proposal to the Ministry of Road Transport and Highways to widen the highway till Silchar in Assam. This implied that more land was needed to be acquired, thus delaying the compensation process further. On January 8, 2020, after the government cancelled the Detailed Project Report for compensation amounting to more than INR 50 crore, the Lawngtlai District Land Owners' Association (LDLAO) issued a stay order on the construction, demanding immediate compensation. At that point, construction work was 81 per cent complete. The association president stated that LDLOA would set a deadline for the payment of compensation, failing which it will go on strike until landowners are paid. The stay order, however, was revoked on January 14. Over time, other issues, such as waste dumping and change of land rate, have created additional challenges. There have been complaints that the construction waste has not been disposed of at the right place resulting in ecological degradation. There have reportedly been 19 deaths since the project began 13 due to malaria and six from onsite accidents. The PWD estimates that by the time the construction is completed, nine million litres of diesel would have been guzzled, 3,100 trees felled and 18 million cubic metres of soil removed. The issue remains unsettled as the stakeholders have refused to come to a mutual agreement. 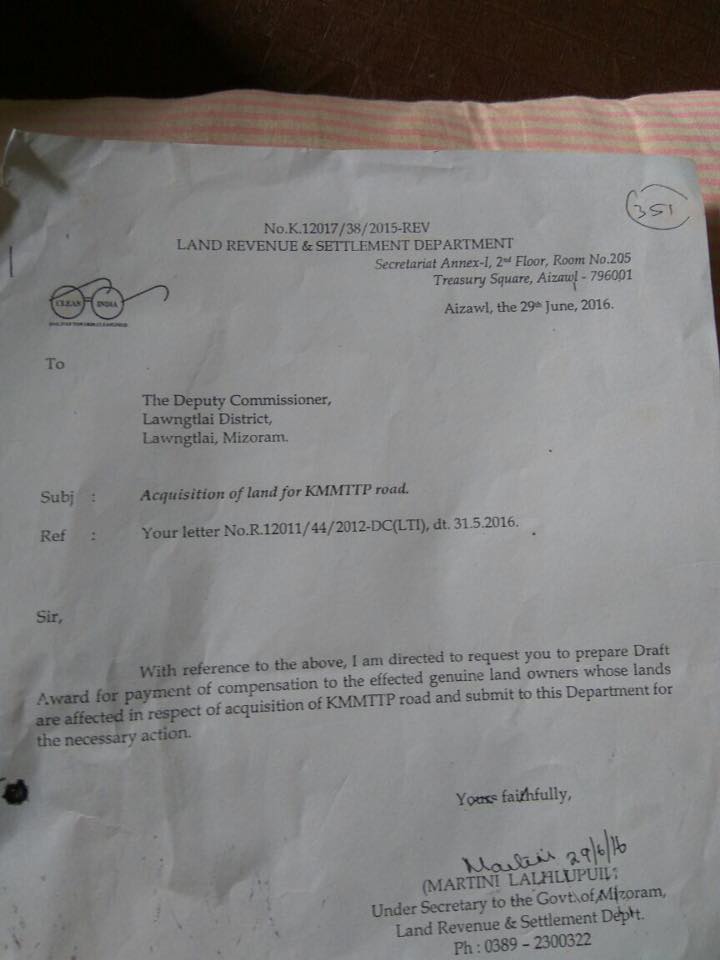