In June 2021, the Supreme Court directed the Haryana government and the Municipal Corporation of Faridabad to remove all encroachments in Khori Gaon in the Aravalli forest area. Following the court order, in the second week of July, the authorities began demolishing over 10,000 homes under police protection despite the contention of at least one lakh people seeking rehabilitation from the state government. On July 16, human rights experts of the United Nations called upon the Indian government to stop the forced evictions. But the demolitions continued. A media report quoted Yashpal Yadav, the deputy commissioner of Faridabad, as saying, We have started fullscale demolition, and we are implementing the Supreme Court order in letter and spirit. All structures will be demolished as per the orders and not just those that have been vacated. The drive is being conducted peacefully, and we have not faced any challenge so far, except people not cooperating. Earlier in September 2020, about 1,700 houses in Khori Gaon were demolished as directed by the Supreme Court in a March 2020 order. During the demolition drive, the police had reportedly lathicharged and arrested the residents who were protesting against the forced evictions. Since 2021, despite the raging COVID19 pandemic, over months, the authorities discontinued drinking water and electricity supply to the village.  The main demand of the affected families has been for the state government to provide them rehabilitation. But the authorities have argued that all the encroachments were illegal.  Reportedly, the early residents of Khori village were migrant workers who had settled there between 1970 and 1990. The conflict began in 2010, when the Municipal Corporation of Faridabad attempted to carry out forced evictions in the village, claiming that the land is regulated by the Punjab Land Preservation Act. The residents of Khori Gaon then approached courts seeking a stay against forced evictions without rehabilitation, and a long legal battle followed. In 2016, the High Court of Punjab and Haryana reportedly gave two detailed judgments on rehabilitating the residents as per the policy of the Haryana Urban Development Authority dated February 10, 2010. In July 2021, the Faridabad district administration announced a Policy for Rehabilitation of Khori Jhuggi Dwellers. But activists and the affected people argue that the policy will only provide relief to some residents as thousands of families do not possess the necessary documents for claiming benefits under the policy.

During a demolition drive in September 2020, the police had reportedly lathi-charged and arrested residents who were protesting against the forced evictions. Since 2021, despite the raging COVID-19 pandemic, over months, the authorities discontinued drinking water and electricity connections to the village. 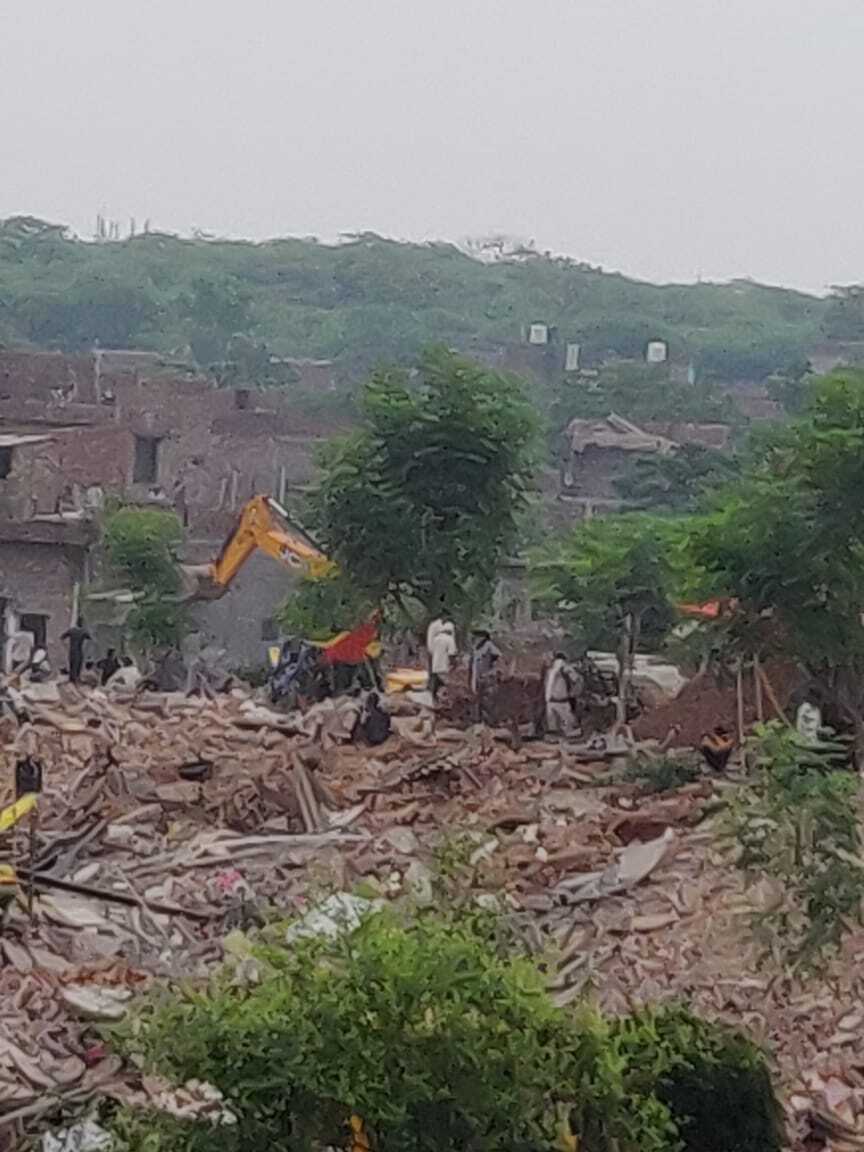