In 2020, the Supreme Court fasttracked the hearing of a public interest litigation on the underground fire in Jharia's coalfields, which has been burning for more than a century. In the last 100 years, these fires have claimed at least 20 lives and destroyed nearly 200 houses. The apex court prioritised the case, which has been pending before it since 1997, and appointed _amicus curiae _Gaurav Agarwal to visit the site in Dhanbad district to assess the damage and ground situation. In a hearing on July 9, a Supreme Court bench, headed by then Chief Justice Ranjan Gogoi, noted that the first priority should be to rehabilitate the affected families and the second was to obtain an objective picture of the ground reality in the coalfield, which, the court observed, remain unclear despite many affidavits. The court requested the government's counsel to submit his report within four weeks and directed the Union government, the Director General of Mines, the West Bengal and Jharkhand governments, the Jharia Rehabilitation and Development Authority (JRDA) and Bharat Coking Coal Limited, which operates the mines in Jharia, to offer all possible assistance to Agarwal. The first instance of fire in Jharia was reported in 1916, but what caused it remains unknown. The fire causes frequent landslides, collapsing houses and emitting harmful gases. In May 2017, 40yearold Babloo Khan and his 10yearold son Rahim were buried alive in the underground coal fire zone of Phulauribad. Khan, an automobile mechanic, was working in his makeshift workshop while his son was standing near him. The ground suddenly collapsed, and Rahim fell 20feet below. Khan tried to rescue him but he, too, slipped and fell. Their bodies could not be recovered immediately as the pit recorded a temperature of 85 degrees Celsius. Meanwhile, families in the area continue to protest against the irregularities in their rehabilitation. According to a news report, the Union government had established the JRDA in 2008 to relocate the entire population in the area, but until 2017, only 3,000 people had been shifted. The families living in the fire zone accused the JRDA of allotting houses to outsiders who were not affected by the fire. In April 2017, Sushil Singh, then secretary in the Ministry of Coal, claimed that the JRDA had been increasing the number of affected families to raise its funding. In a media interview, Dhanbad Deputy Commissioner Anjaneyulu Dodde, who is also the JRDA managing director, said, "A CBI inquiry is possible into the matter. Deserving families that are affected by the coal fire till 2004 had to be relocated to Belgaria, but some discrepancies have crept in, leading to irregularities. We will hold a probe." Ashok Agrawal, an activist fighting for the cause of the residents living in the fire zone, told LCW: "More than 10 years have gone by since the Supreme Court passed the order for the immediate implementation of the Action Plan submitted by Coal India and others. The time frame was 10 years, during which 56,000 families living practically on fire should have been rehabilitated. But in reality, not even 5,000 families have been rehabilitated, if at all it can be called a rehabilitation."

Master Plan for Fire, Subsidence and Rehabilitation in the Leasehold of BCCL, 1999
Provisions included dealing with 55 instances of fire (out of 64) within a time frame of 15 years in three phases; subsidence control of unstable and controllable inhabited sites through sand stowing; and rehabilitation of 65,300 houses from unstable and uncontrollable inhabited areas within a time frame of 20 years.
Environmental Impact Assessment Notification, 2006
Section 2 [Certain projects to require prior environmental clearance from concerned authority]
Environment (Protection) Act, 1986
Section 19 [Courts to take cognizance of offences under this Act based on complaints by the Union government or complainant]; Schedule VII [National Ambient Air Quality Standards to be maintained]

Delay in allottment and possession of land/property 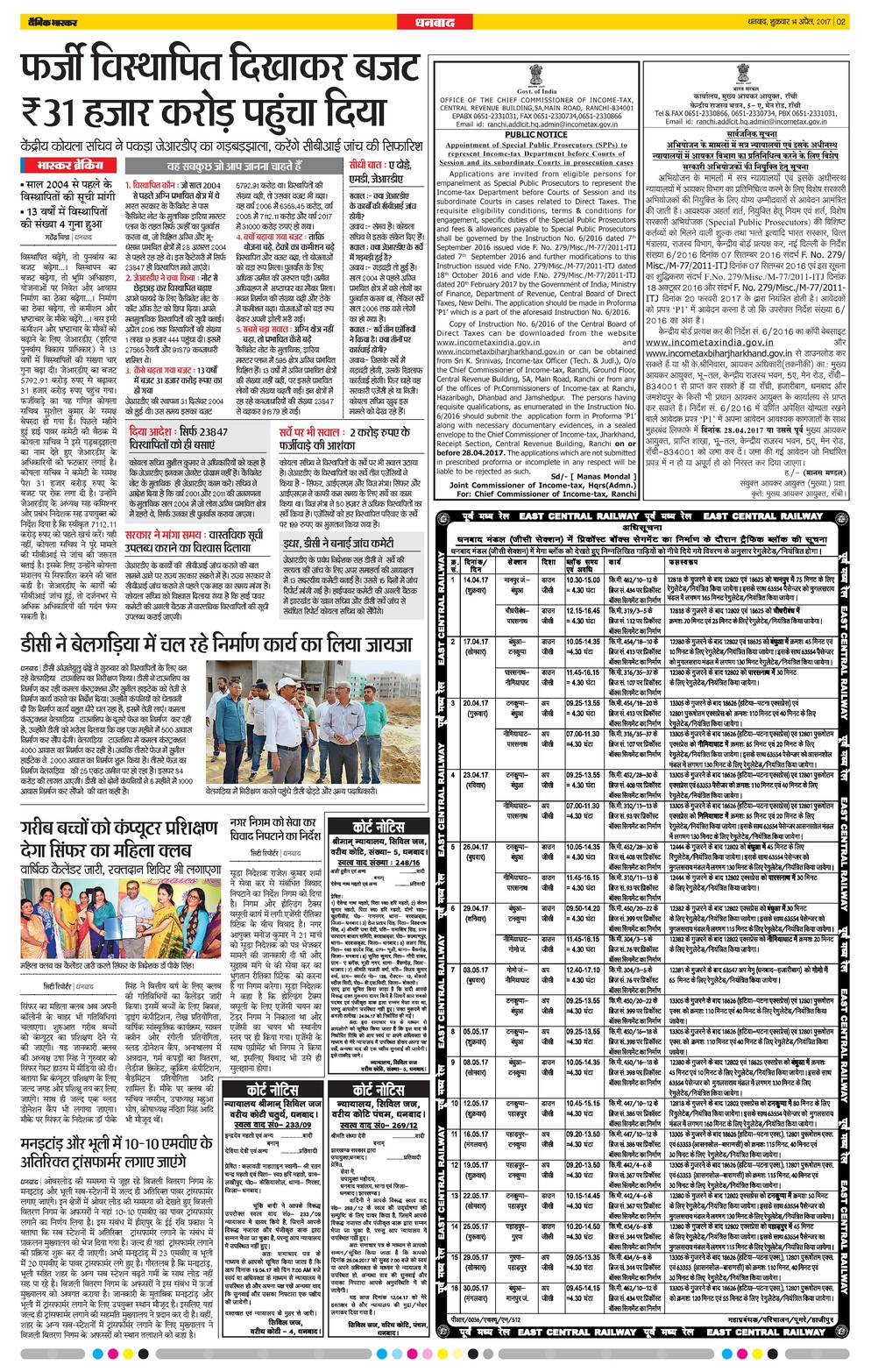