14 Families Evicted from Agricultural Land in Jammu, Clash with Police

The residents of Chak Sardar Attar Singh village in Mandal tehsil are up in arms against the Jammu Development Authority (JDA) over an anti-encroachment drive, which led the government to take possession of 19 hectares of land. On May 20, 2019, a team of the JDA and police launched a six-hour drive and blocked the access of farmers to the agricultural land. When the people resisted, it led to a clash, in which two women fell unconscious and several were injured. Some people were also detained. The land in question belongs to the JDA, which was lying vacant for a few years. In 2019, 14 families living nearby started practising agriculture on this land, which is their only source of livelihood. They have now demanded the JDA to regularise the land and allow them to continue with their agriculture. Meanwhile, the government is yet to start any project after taking over the land from the farmers because of the political turmoil in the valley following the abrogation of Article 370. Any form of settlement or agricultural use of common land is considered encroachment by the state, as this land falls under the jurisdiction of the government. People may claim traditional rights over the land by virtue of having lived on that land for many years or earning their livelihood from it, but they do not have any legal right over it and are, therefore, at the mercy of the state, who might evict them at any time on the pretext of encroachment. Sukhnandan Choudhary, former legislator and state minister, condemned the police action. He told LCW that the administration is doing injustice to the residents, pointing out that they had not erected any concrete buildings on the land and were simply farming. He added that the families would die of hunger if their only means of livelihood is taken away from them.

Sukhnandhan Chowdhary, former state minister, said the administration was doing injustice to the 14 families who were evicted and that they would die of hunger if their only means of livelihood is taken away from them.

Police lathicharged protestors and misbehaved with the sarpanch 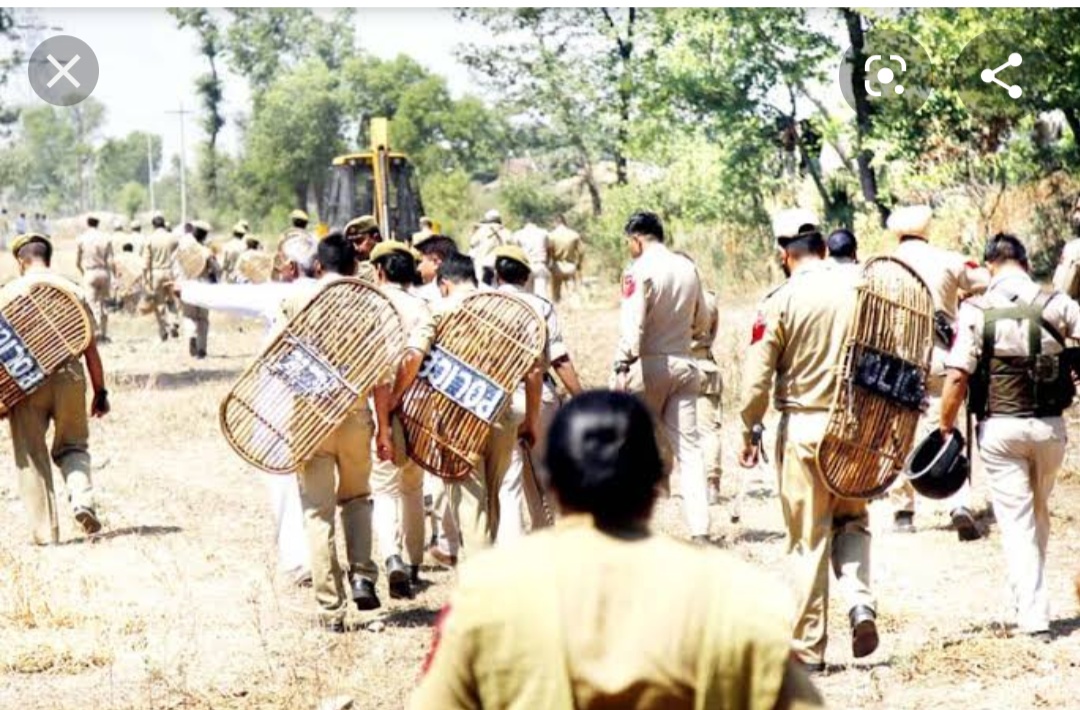