The construction of an 826-metre-long bridge in Rangpo village in Kalimpong district linking the state to Sikkim has been embroiled in a controversy. The bridge is being built across the Rangpo river, which forms the border between Sikkim and West Bengal. About 200 metres of the bridge is proposed to be built in Rangpo. While the bridge on the Sikkim side has been completed, the construction of the remaining part in West Bengal has been halted. At least 56 families in Rangpo have objected to the bridge as construction work will require them to be evicted. While the Uttar Banga Van-Jan Shramjivi Manch is fighting for the implementation of the Forest Rights Act (FRA) in Darjeeling, Kalimpong and Cooch Behar districts, the district administration of Kalimpong and the Gorkhaland Territorial Administration have been exerting pressure on the Rangpo Village Assembly to issue No Objection Certificates and consent letters for forest diversion proposals for the construction of the bridge. However, forest dwellers in the village have refused to give consent as their demand for implementation of the FRA in 168 villages in Kalimpong and Darjeeling districts is still pending. The Uttar Banga Van-Jan Shramjivi Manch and the Himalayan Forest Villagers' Organisation, which works with villagers to ensure forest rights implementation, alleged in a press release that the district administration is planning to use force to demolish the 56 houses and arrest the Village Assembly leaders in clear violation of the FRA (see the photos attached). The organisations announced that Justice Debangshu Basak of the Calcutta High Court issued a stay order on all eviction attempts after the Rangpo Village Assembly filed a writ petition on February 7, 2019. The court also took cognisance of the non-compliance of the FRA. The Sikkim-Bengal Border Bridge is being built by the Ministry of Road Transport and Highways at an investment of INR 55 crore approximately and will be managed by the National Highway Infrastructure Development Corporation Limited. The project started in February 2017 and was scheduled for completion in February 2020. The case is currently pending in Calcutta High Court. It has observed that until the recognition and verification procedures are complete, the petitioners cannot claim protection under the FRA nor can they be evicted (see the court case attached).

Demand for legal recognition of land rights, Complaint against procedural violations, Refusal to give up land for the project, Demand to retain/protect access to common land/resources

Ministry of Road Transport and Highways, District administration of Kalimpong 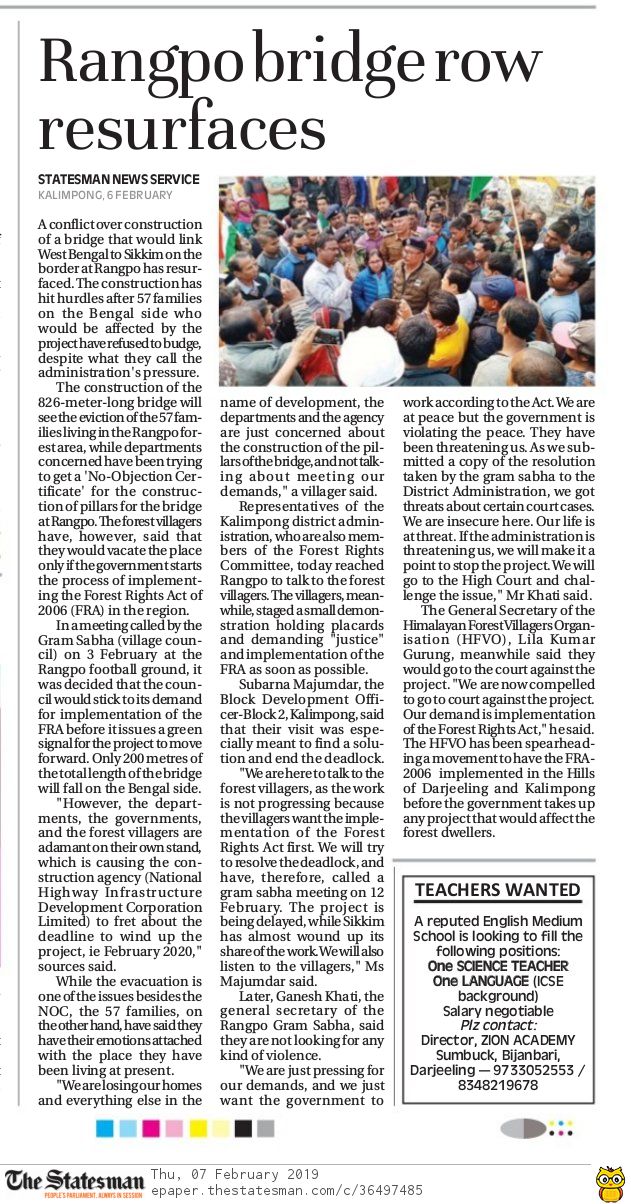 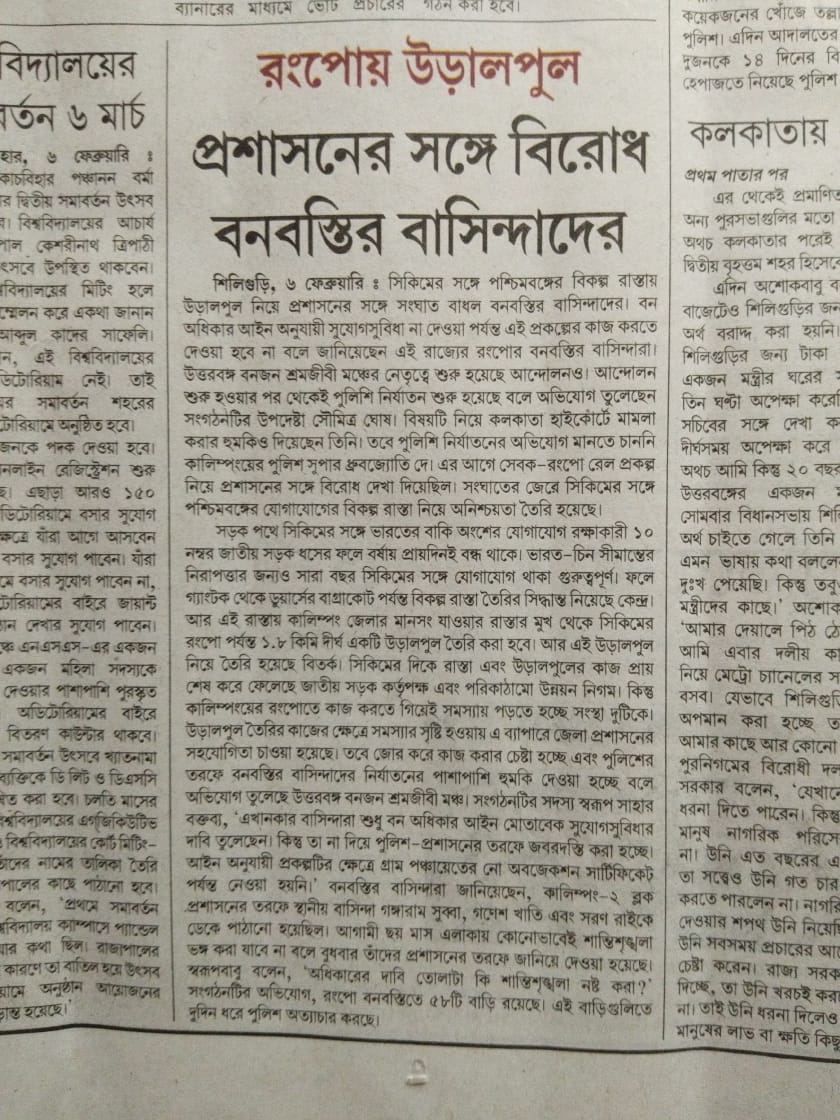