In 2018, Rajasthan government started acquiring land of farmers in Laxmangarh of Sikar district to construct a highway connecting Mukundgarh and Salasar. The 10km bypass road will pass through pasture lands and agriculture lands. Farmers have alleged that government started constructing the road without compensating them. They accused that the highway construction contractor of damaging their standing crops, tube wells without the consent of farmers. When the work did not stop, in February 2018, farmers dug pits on the land and partially buried themselves to lodge a protest. The protest continued for a couple of days and was partially withdrawn after district administration assured of appropriate action into the matter. Farmers had submitted a memorandum to the district administration demanded 10 times compensation for surrendering irrigable land. The other demands include government job for a member of the affected family, free road access to the residents of Laxmangarh tehsil, and a share of the toll collected, alternate houses and tube wells for farmers whose land was being acquired. Sikar district collector Naresh Kumar Thakral told LCW that issues of farmers will be addressed and demands will be looked into before commencing work. An official of Ms Salasar Highways Private Ltd, the firm which maintains the road and corresponding toll plaza said LCW that the road is constructed and is operational. However it is not clear if the demands of the affected villagers are fulfilled.

Naresh Kumar Thakral, Sikar district collector. He said that issues of farmers will be addressed and demands will be looked into before commencing work. 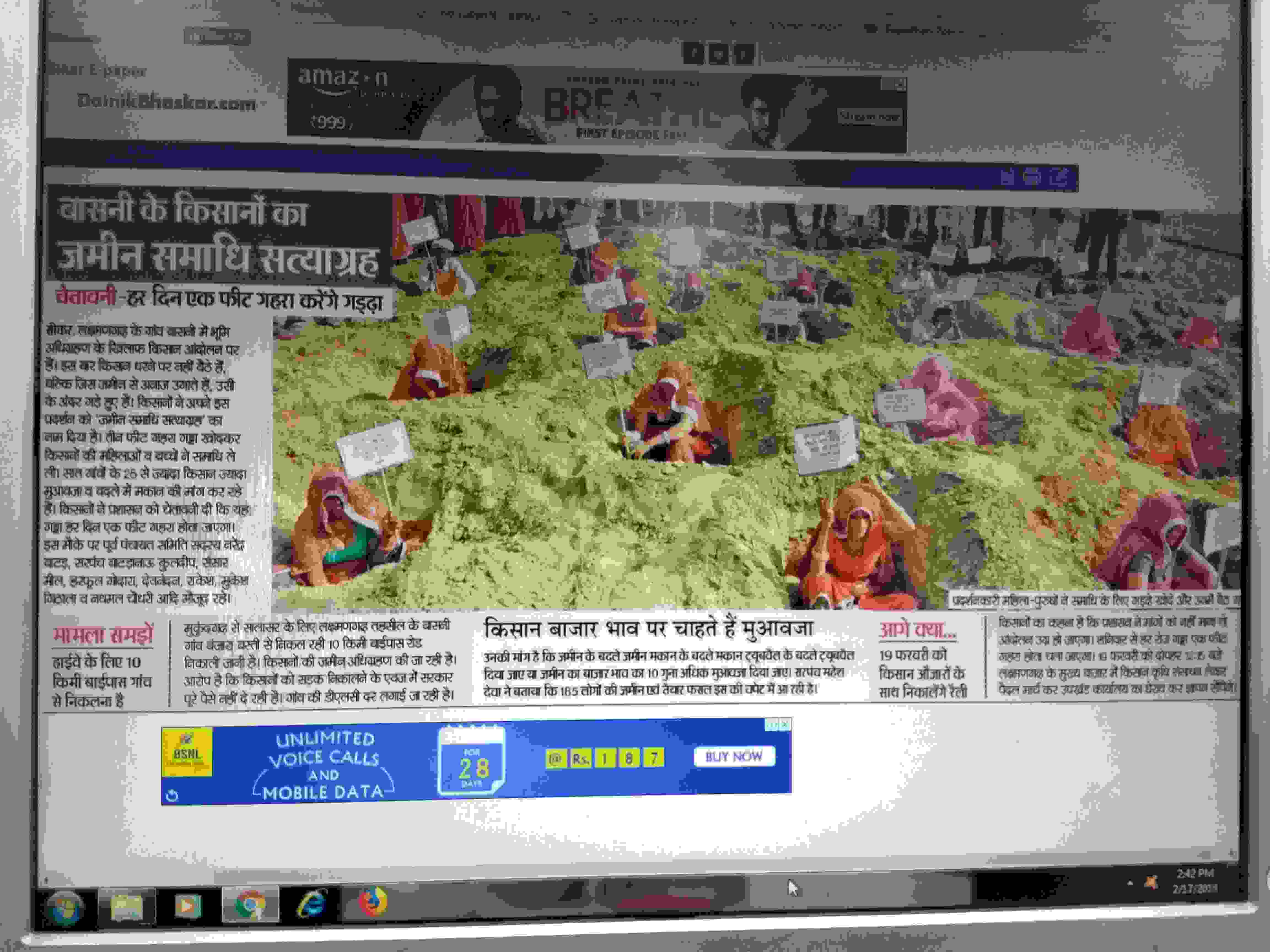