Koya is a predominant tribe in Telangana, second only to the Lambada, with a population of 4,86,391 as per Census 2011. The tribe mainly inhabits the hilly areas of Khammam and Warangal districts and are sparsely found in Adilabad and Karimnagar districts. In 2005, a section of the Koya tribe migrated from Chhattisgarh to Telangana to escape violence inflicted by Naxalites and Salwa Judum, a Chhattisgarhgovernment sponsored militia. They settled in Jalagalancha forestlands and have been doing podu cultivation, a form of shifting cultivation using the slashandburn method. Over the years, the Koyas have faced several attempts of forced evictions by the Telangana forest department as the state believes their cultivation method harms the forest. Forest officials have also questioned their right to the forestland. Therefore, their internally displaced status makes the Koyas more vulnerable to state atrocities. In April 2015, forest officials destroyed the tribal hamlets and farmlands belonging to the Koyas in a series of incidents. On April 21, 2017, the forest department and the police entered the Devunigutta tribal hamlet in Jayashankar Bhupalpally district, beat up families, burnt all their possessions, destroyed their mango and mahua trees, burnt their bicycles and phones, beat up their cattle, stole their goats, razed their homes and told the villagers to leave the forest. During the past four months, the village has been attacked by the forest department 11 times. After the recent attack, many of the tribespeople ran into the forest and their whereabouts are unknown, CPI(M) district secretary Krishna Reddy told the media. In September 2017, officials from the forest and revenue departments, along with the police, resorted to violence while attempting to forcefully evict the Koyas from their makeshift homes. According to a media report, women were tied to trees for resisting the eviction attempt, while the officials dragged children out of their homes. Bulldozers brought down the homes of nearly 40 families and also damaged standing crops. According to a news report published on May 4, 2019, the Telangana High Court issued a restraint order on the eviction of the Koyas after hearing a petition filed by 40 tribespeople. The forest officials threatened to dispossess the petitioners from the crops they were cultivating and from their homes, the report quoted S. Raj Kumar, the counsel for the petitioners, who clarified that Section 4(5) of the Forest Rights Act (FRA), 2006, says that no tribal can be evicted till the verification and registration process is over. Following another writ petition, dated September 20, 2019, filed by the Koyas, the forest officials asserted to the high court that since the Koyas migrated from Chhattisgarh and entered the forestland in 2012, they are not entitled to protection under the provisions of the FRA. The High Court ruled against the evictions and ordered the state to issue notice to the tribespeople in accordance with the law and not to evict them until the process of verification was complete. Tribals are solely dependent on forests and cannot survive outside. The forest officials want them to vacate the forests and have alleged that the tribals are destroying the forests. In the court of law, the officials said the Gotti Koyas are not the original tribals and thus, have no right under the FRA. However, the Constitution (Scheduled Tribes) Order, 1950, clearly lists the Gotti Koya tribe, Salam Jangu Patel, Adilabad district head of Adivasi Rythu Sangam, a group of indigenous farmers, and Tudum Debba, an organisation fighting for tribal rights, told LCW over phone. G. Rohith, member of the Human Rights Forum, working in the states of Andhra Pradesh and Telangana, told LCW that the reasons mentioned by forest officials in the writ petition are purely administrative and hold no basis as the Koyas have different clans, and the Gotti Koyas are part of the indigenous Koya tribe. In its latest judgement on April 20, 2020, the Telangana high court ruled that the action of the authorities insisting the tribals to immediately vacate their lands without following any known procedure established by law is in violation of the provisions of the FRA and rules therein as illegal, unconstitutional and violative of the principles of natural justice. The court directed the authorities "not to interfere in any manner with the peaceful possession and enjoyment of lands… for which _pattas _are granted and claims are pending".

Forest officials, with the help of police, swooped down on a Gotti Koya settlement and razed their huts to the ground. According to media reports, officials dragged the tribal people out of their huts and threw away their belongings, evicting around 100 people. While the tribal women were herded under a tree, their male counterparts were forced to dump their belongings into tractors. Protesters were also tied to trees and flogged. 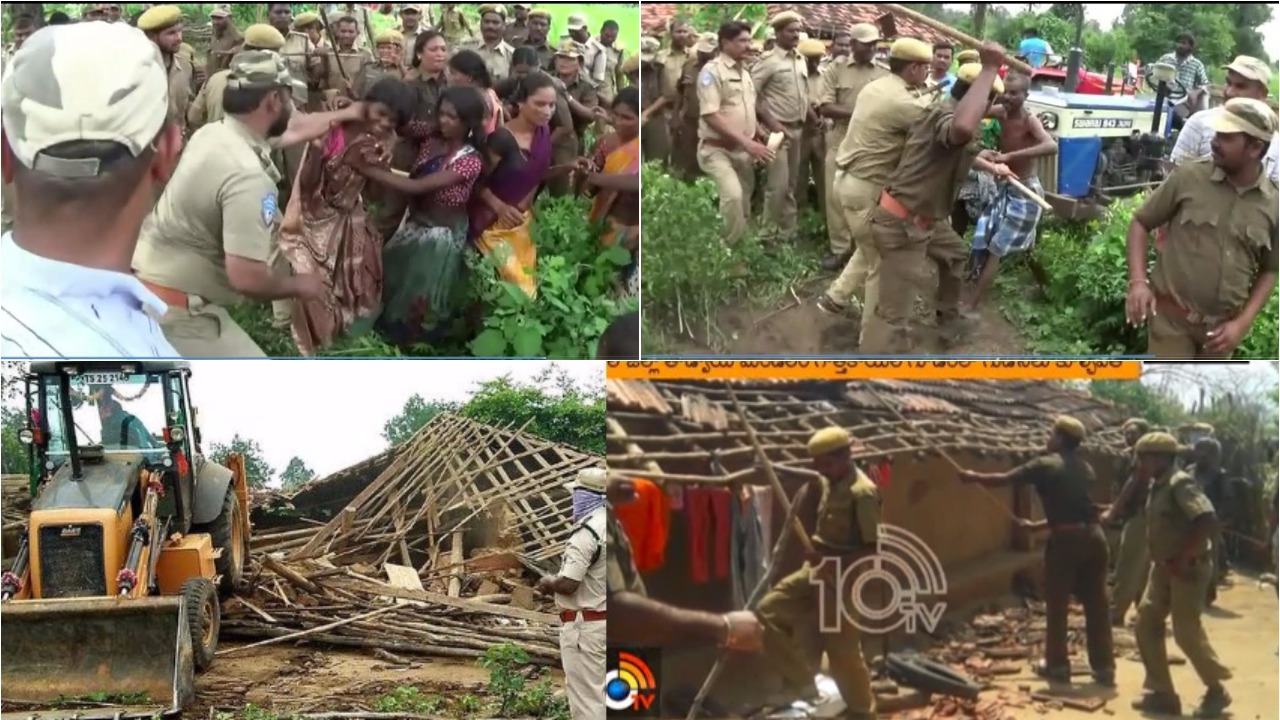