To pave the way for the construction of a 160 MVA, 220/33KV GIS power grid station at Haripora in Srinagars Harwan, the Jammu and Kashmir Power Development Department (PDD) in February 2020 chopped down 58 walnut, chestnut and peach trees in Harwan Garden. The trees were looked after by the horticulture department. The PDD is constructing the hydroelectrict power grid station to connect it with the AlstengGanderbal Grid Station. The grid was initially approved in Khimber area in Srinagar and later in Tailbal, but after the authorities faced land acquisition issues in both the areas, they decided to shift the power grid station to Haripora in Harwan. Chief Engineer (Transmission) Hashmat Qazi told LCW that the process of constructing the power grid station was started after the written permission of the district administration. Environmental activists and residents of Harwan have raised concerns over the construction of a power station in their vicinity and said that cutting down centuriesold trees in the heritage garden is a huge loss. Nadeem Qadri, an environmental lawyer, told LCW that axing the precious trees and starting a project of grid station during the COVID19 pandemic is an ecological disaster. He further informed that the power station will come up next to Dachigam National Park, which is home to myriad endangered wildlife species, including the state animal of Kashmir, Hangul, or the Kashmir Stag.  Harwan Garden is 400 metres from the main gate of the national park and 50 metres from Dachigam Nalla. The people believe that the proposed project is a threat to both human population and wildlife as it would require transmission lines to come up around densely populated areas. After the PDD started construction, the residents of New Theed area filed a public interest litigation in the Jammu and Kashmir high court opposing the move. The case is pending. There has reportedly been no Environmental Impact Assessment for the power grid station as mandated by the Environment (Protection) Act, 1986.

Opposition against environmental degradation, Refusal to give up land for the project

High Court of Jammu and Kashmir

Chief Engineer (Transmission) Hashmat Qazi told LCW that the process of constructing the power grid station was started after the written permission of the district administration. 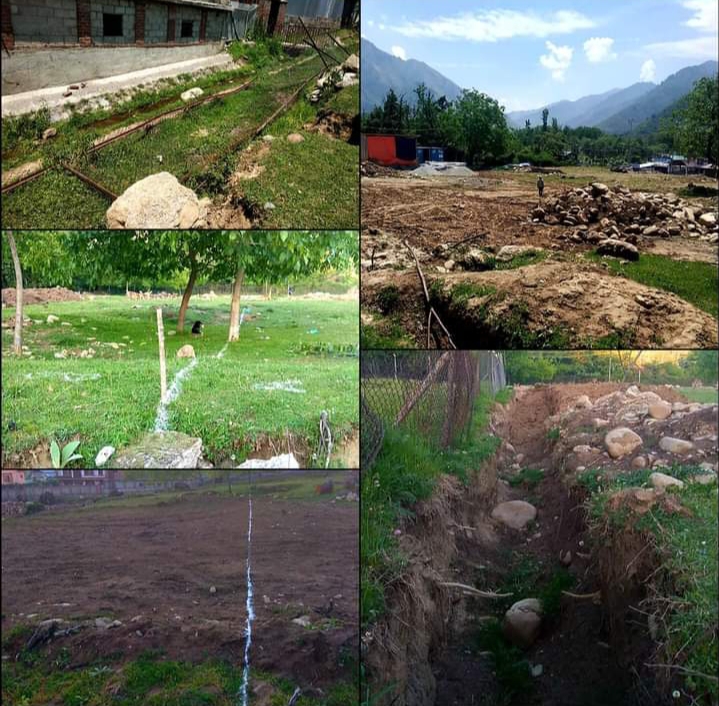