The Allahabad Airport is being upgraded and a new civil terminal is being built by Airports Authority of India. Around  82.66 acres would be needed for the construction of the civil terminal that would cost INR 1.27 billion. There has been a controversy regarding the land Acquisition for the Civil terminal. A PIL was filed in 2016 claims lack of funds given from state to complete land acquisition. The state government received Rs 118.20 crores in lieu of the land acquired from the centre, the remaining amount of Rs 17 crores is yet to be received. A PIL filed by advocate Ajay Kumar Mishra, a bench of Justice Dilip Gupta and Justice Yashwant Verma has directed the Airport Authority of India, the central government and the state government to expedite the construction of the airport in Allahabad. The court has also directed the district administration to make serious efforts to complete the work of civil airport soon. The court has asked the Director of Civil Aviation to pay the outstanding amount within three weeks. The court has also directed the airport authority to file a progress report in relation to obtaining no objection for the acquisition. In 2018, the civil terminal of airport was inaugurated. The Court case in High Court is still pending _(see the legal reasoning for more information on the case) _ 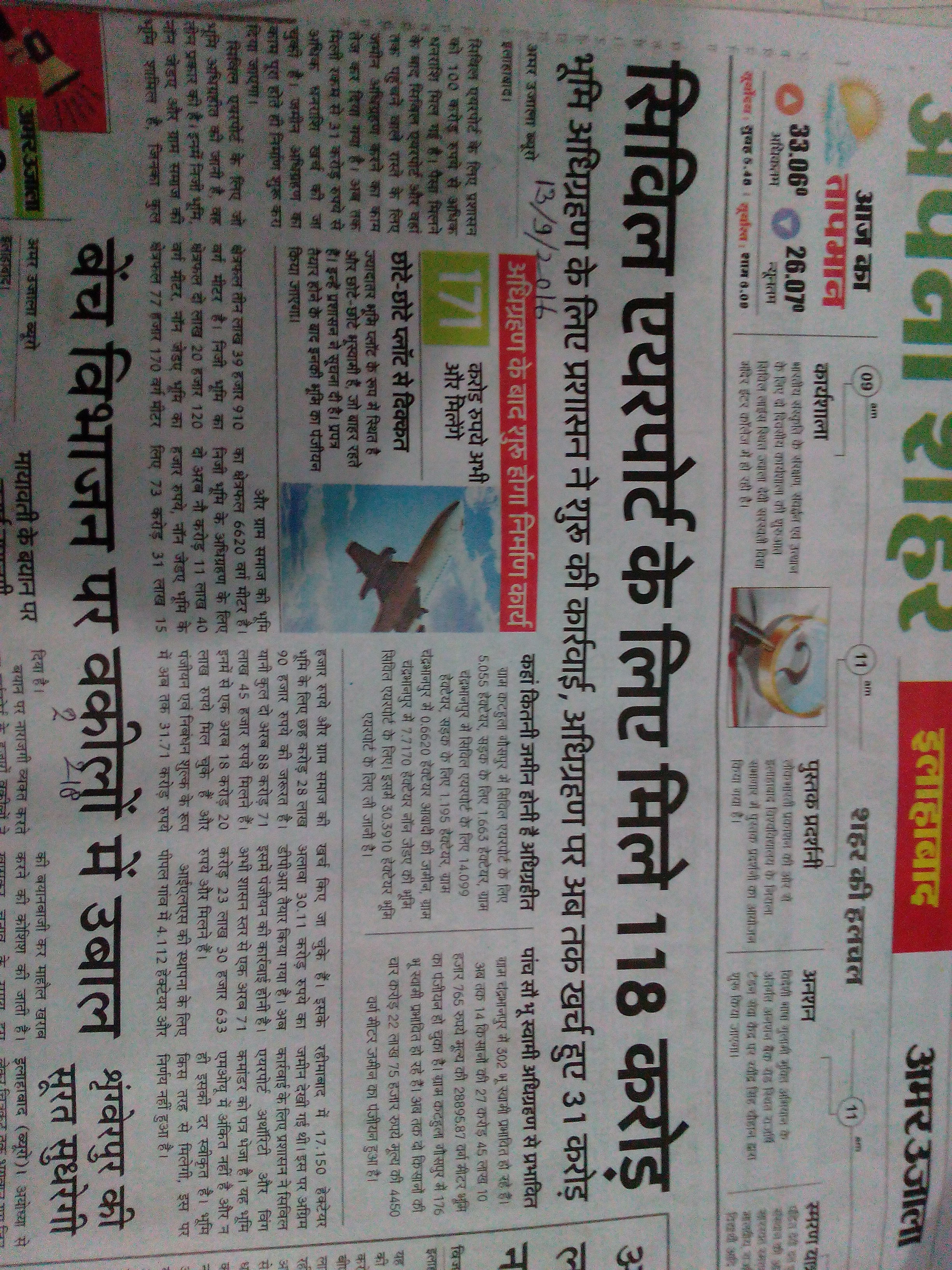