In Tarla Aamwala, a locality in Uttarakhand’s capital, Dehradun, last month, several Dalit families lost their homes in demolitions by the local administration. The families alleged corruption and deceit on part of a neighbouring Residents’ Welfare Association, claiming they were subjected to harassment, casteist abuse, and finally, eviction, writes researcher Urvashi Mahtolia. 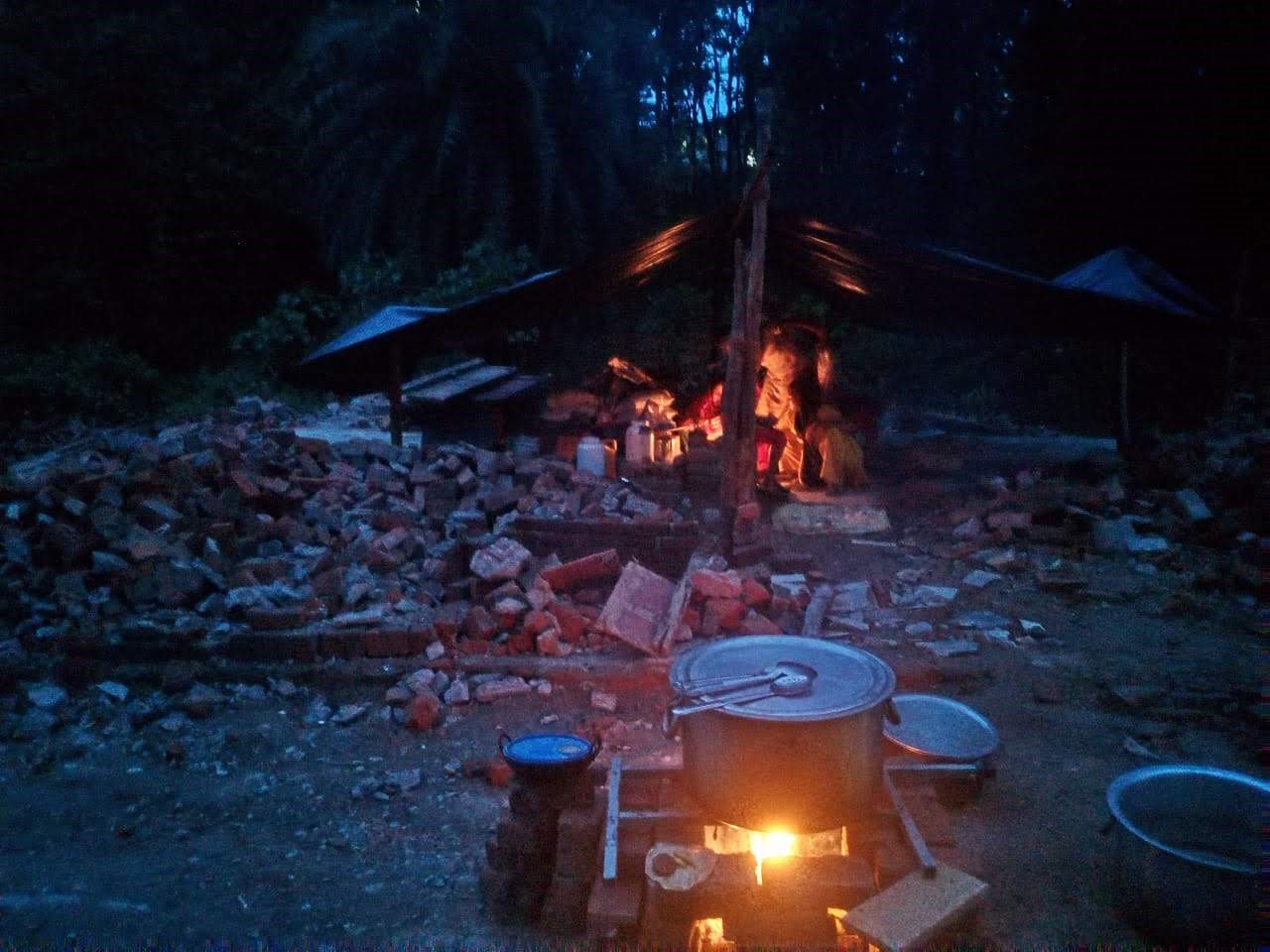 After the demolitions, families live in make-shift tents on the rubble of their houses. [Photo: Urvashi Mahtolia]

We also documented the Tarla Aamwala evictions in a Twitter thread. In the last few months, these ‘story threads’ have become a regular feature of the work we do at LCW and starting this month, we are collating and archiving all our detailed threads on our Blogs page.

The evictions in Dehradun have been followed by warnings from senior district police officials of wide-scale evictions and demolitions in violation of laws and Supreme Court orders. Our researchers are tracking the developments and we will keep you updated.

In July, our researchers added 12 new conflicts to our existing database of 632 ongoing land conflicts. We look at a few prominent ones in brief.

Also, if you know of researchers who would be interested in monitoring and reporting on land and natural resources conflicts, share this call for researchers with them. 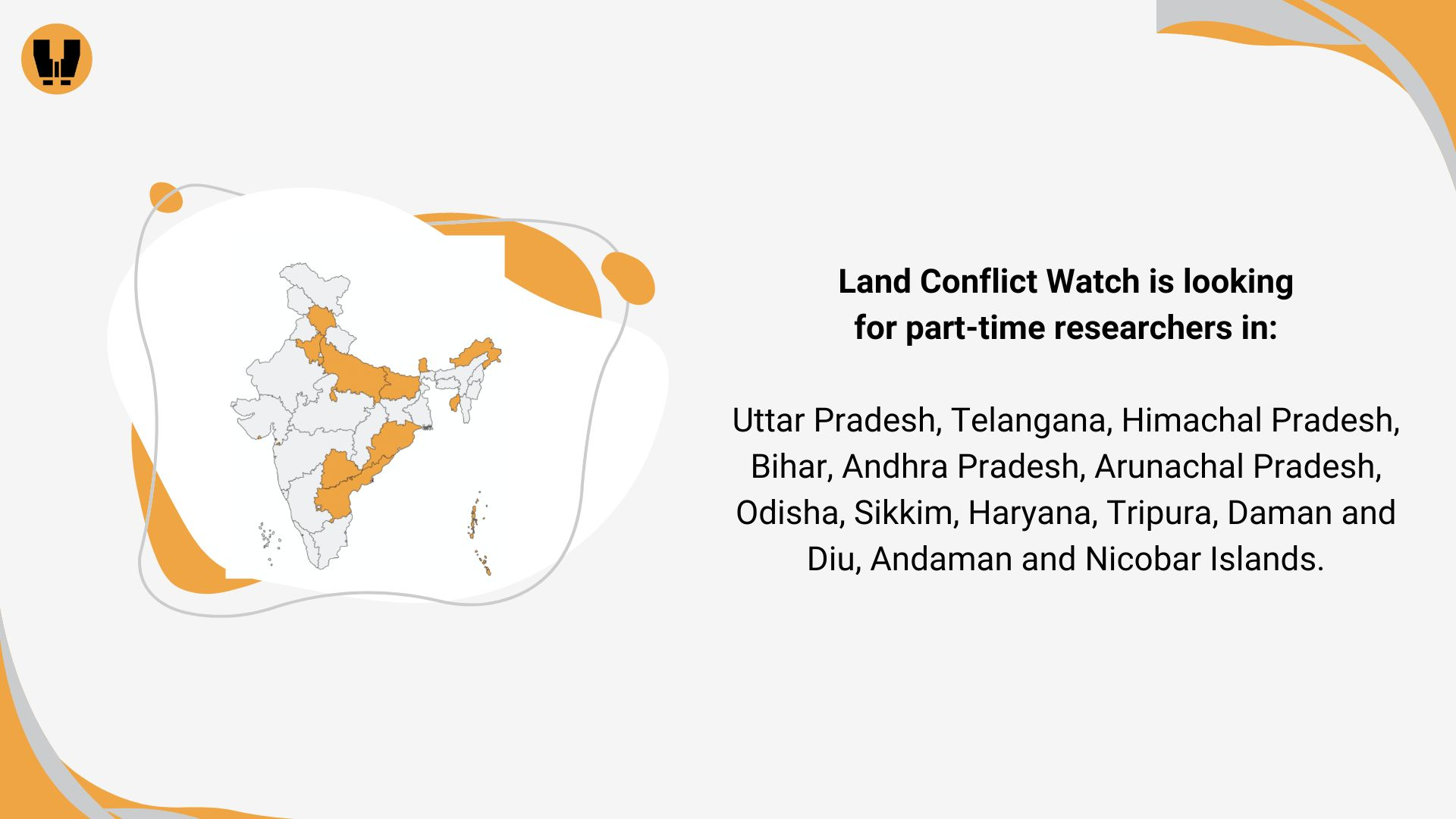 The Environment (Protection) Act, 1986 (EPA), empowers the Union government to take measures to protect our environment and control pollution. This includes the power to restrict the operation of industry, subject to safeguards, which the environment ministry exercises by issuing and amending notifications.

The 2006 Environment Impact Assessment (EIA) Notification, which lays down the environmental clearance process, has been amended 66 times since.

The environment ministry also makes changes to the clearance process through the issuance of office memoranda - a simple and unilateral process. Unlike notifications, office memoranda are not tabled before Parliament and therefore bypass scrutiny. To give an idea of the magnitude of changes made, the ministry has issued nearly 300 such office memoranda under the EIA Notification till date.

Recently, by amending the EIA Notification, the environment ministry introduced an exemption from clearance for all highway projects upto 100 km from the line of control or India’s land border, as they may need “to be executed on priority”.

Amendments made to the EIA notification on July 14, 2022 [Image source: environmentclearance.nic.in]

This exemption was heavily criticised for giving the government unfettered access to ecologically sensitive land for development projects, without having to obtain necessary clearances.

The ministry  expanded the environmental clearance exemption for thermal power plants based on biomass, to “encourage” the industry. Earlier, only plants upto 15 MW were exempt from the clearance requirement. Now, that exemption has been relaxed for plants up to 25 MW.

The extension of environmental clearances without any conditions would allow industries to have possession over land for decades without any guarantee as to the completion of projects.

The EIA Notification has already been amended multiple times this year. Two such amendments in April, allowed the Union government to: take over the clearance process for defence projects “with significant element of security involvement”, extend the validity of environmental clearances for projects such as river valley projects and nuclear power projects.