After 30 Years, No Clarity on Land Acquired from Rajasthan Farmers for Defence Project

Around 15,000 people in five villages in Rajasthan's Hanumangarh district have been waiting for 27 years for clarity on land acquisition for an Air Force station. In 1993, the government had proposed the acquisition of 7,600 hectares of land for the project from five villages residential land in Moter, Dhandhusur and Banasar and agricultural land in Bangasar and Dheerdesar. The acquisition process was initiated several times in the past. On May 24, 1997, the Rajasthan government's Department of Home Affairs issued a notice under Section 4 of the Land Acquisition Act, 1894, stating the area of land to be acquired and invited feedback on the same. The farmers whose land was to be acquired were ready to give up their land provided they got a fair compensation. Subsequently, the Hanumangarh district administration prepared an estimate of INR 159 crore as compensation for 5,916.82 hectares of land to be acquired from farmers and submitted it to the state government in 1999. The state approved the compensation on May 20, 2000, and the matter was forwarded to the Union government. In response to a question in Parliament on April 25, 2001, on whether the government was planning to acquire 7,600 hectares of land for use by the Indian Air Force, then defence minister Jaswant Singh said that the proposal was under consideration and added that the "question of payment of compensation does not arise at this stage as the land is yet to be acquired". Almost two decades have passed, but the Centre is yet to make a decision. No information has been conveyed to the state government or the district administration, and the farmers remain clueless about the fate of their land. The villagers claim that since 1993, when the project was first announced, no new development project has started in the village due to the uncertainty over the land acquisition; pipelines that supply drinking water are in need of repair; no new schools have opened; and electricity supply to the villages have been irregular. Rajesh Sharma, head of Moter village, told LCW: "We have lived with this uncertainty for decades. We are living in fear of losing the roof over our heads any time. We can neither renovate our houses nor use our land for any purpose. Nobody knows when we will be handed an eviction notice." He adds that "nobody wants to get their daughters married to boys in our villages because of this uncertainty". The district administration claims it has written to the Department of Home Affairs several times requesting compensation but have not got a response. The tehsildar of the region, Kasturi Lal, said, "We have no idea if the Air Force wants our land or not. There has been no recent correspondence with them." When contacted, Colonel Sambit Ghosh, Army spokesperson in Jodhpur, told LCW that he had no information on the matter.

Demand to get back acquired land

Land Acquisition Act, 1894
Section 4 [Government is required to publish a preliminary notification in the official gazette and in two daily newspapers when it wants to acquire any land for any public purpose]; Section 5A [Any interested person may object to land acquisition by writing to the District Collector within 30 days from the date of publication of notification. The Collector is required to give an opportunity to the objectors to be heard, make an inquiry and then prepare a report to finally decide on the objections]; Section 6 [Government is required to consider reports by the Collector under Section 5A and, if satisfied that the land is required for a public purpose, declare within one year of the date of the publication of the notification]
Right to Fair Compensation and Transparency in Land Acquisition, Rehabilitation and Resettlement Act, 2013
Section 24(1)(a) [If no award under the 1894 Act has been made, then the provisions of the 2013 Act will apply]; Section 28 [Parameters to be considered by District Collector in determination of award to include diminution of the profits of the land between the time of the publication of the declaration and the Collector taking possession of the land]

Use of old/outdated laws

Colonel Sambit Ghosh, Army spokesperson in Jodhpur, told LCW that he had no information on the matter. 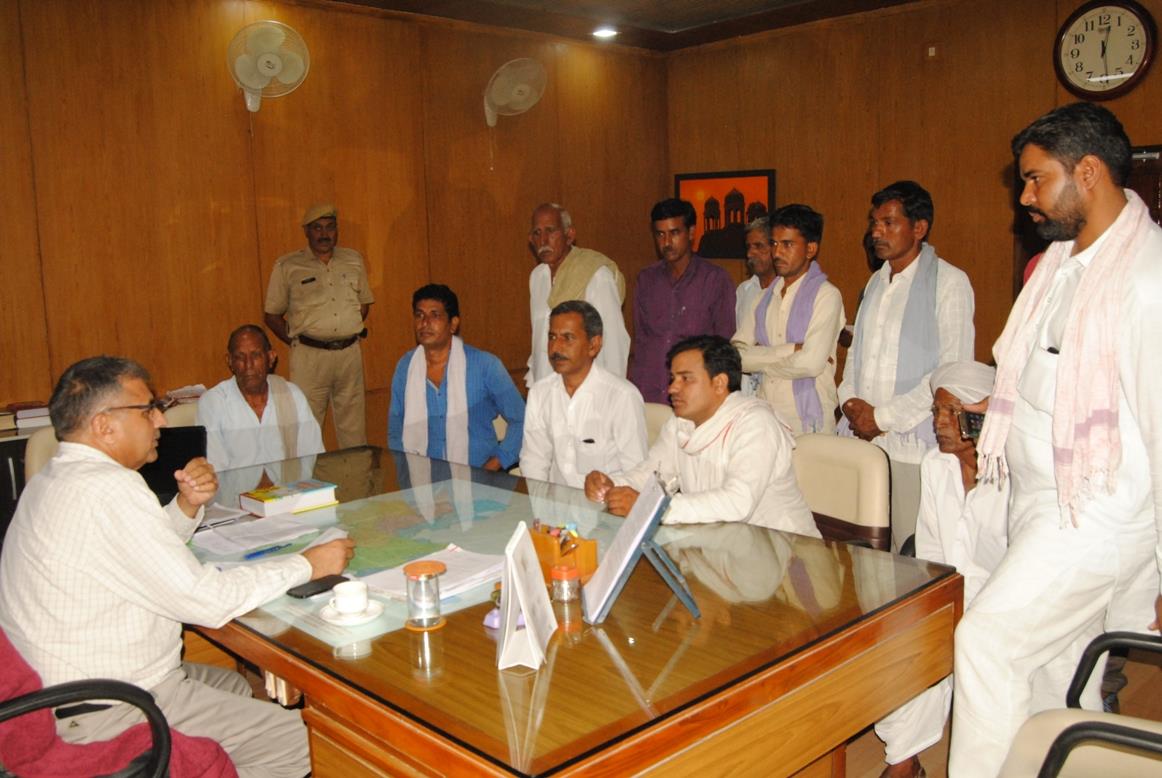