Brick manufacturers in Thadagam valley are demanding the government to reopen the 186 brick kilns that were shut down by the district administration for flouting environmental norms. The kilns were allegedly involved in rampant earth mining in the eco-sensitive valley in Coimbatore district and were operating without proper licences as per norms laid out in the Tamil Nadu Minor Mineral Concession Rules. In April 2021, the Madras High Court ordered the state to take immediate measures to crack down on illegal brick kilns.

According to S. Gopi, organiser of Coimbatore District Brick Manufacturers'’ Welfare Association, the closure of the brick kilns has affected the livelihood of nearly 1.5 lakh people.

Over the years, there have been reports of brick kiln owners resorting to threats and violence. On January 2, 2021, a 17-year-old girl, activists G. Mohanraj alias Mac Mohan and Thadagam S. Ganesh and his eight-year-old son were attacked by brick chamber owner V.K.V. Sundararaj and a few of his men when the former visited the Anuvavi-Karupparayan stream on the northern side of Kalaiyanur village 'for research purposes'. They were allegedly gheraoed when they started looking for their drone camera, which they reported to be 'missing'. Sundararaj and his men accused them of taking photographs of the closed brick chamber and reportedly attacked all four. When the girl's father later reached the spot, he, too, was attacked. Later, the police registered a case against Sundararaj and his men for rioting, voluntarily causing hurt and intimidating but also booked the four victims for trespassing.

In 2019, TMS Rajendiran, a 70-year-old farmer, alleged that a brick kiln owner had issued death threats to him and his family after he filed a writ petition at the Madras High Court asking for the closure of over 200 illegal brick kilns operating in Chinna Thadagam and surrounding villages. Rajendiran was supported in his petition by Ganesh, who also alleged similar threats.

The petition stated that at least 4,000 truck loads of red sand were being illegally removed every day across Coimbatore. “Around 4,000 tonnes of wooden branches are being burnt along with bad quality coal, rubber, cashew, coconut and palm tree leaves. The toxic fumes have affected health. Further, the dust from the trucks collecting red sand has been settling on the trees and houses and causing breathing issues among residents. The illegal operations of these brick chambers have also affected the drinking water in the villages,” the petition said.

In a hearing on September 22, 2021, the National Green Tribunal directed the Coimbatore Collector, Tamil Nadu Pollution Control Board and the Department of Mining and Geology to file independent statements regarding the action taken against the violations.

Ganesh, coordinator of the Thadagam Valley Mineral Wealth Protection Committee, told LCW that over 9,500 acres of land were exploited by illegal mining. “This is thrice the area of Bhavanisagar dam. All the rainwater gets stagnated within these illegal mines. As a result, only limited water reaches the reservoirs, and agriculture is affected.” He further said that animals, including elephants, have started entering into residential areas as their habitats have been destroyed. “Hundreds of heavy vehicles plying between the illegal mines and the brick kilns led to a lot of dust pollution in the locality. But with the brick kilns closed now, we are able to breathe freely,” he added.

Demand by manufacturers to reopen brick kilns as 1.5 lakh workers affected by their closure

Forest and Non-Forest, Non-Forest (Other than Grazing Land)

To seal 186 brick kilns that were operating in violation of the law.

The National Green Tribunal (NGT) took cognizance of the issue on its own through a newspaper article on April 14, 2021. On June 4, 2021, the Tribunal appointed a Joint Committee to look into the issue and submit a report. On September 22, 2021, the NGT took up the matter at length and considered the Joint Committee report, along with reports by the Tamil Nadu Pollution Control Board, District Collector and other government officials . The NGT also stated that it was concerned with the payment of environmental compensation to be imposed for damage caused to the environment. On February 2, 2022, the Tribunal took stock of a parallel litigation taking place in the Madras High Court. However, the cases filed before the high court either had the court dismissing the matter as infructuous or directing the parties to approach the Tribunal. Such cases had been filed primarily by individual brick kiln owners who were aggrieved by closure orders issued by the state government. The Tribunal directed that newly added parties were to file their independent reply. The matter is next slated to be heard on April 8, 2022.

A 17-year-old girl, two activists and an eight-year-old boy were reportedly attacked by brick chamber owner V.K.V. Sundararaj and a few of his men when the former visited the Anuvavi-Karupparayan stream on the northern side of Kalaiyanur village 'for research purposes'. They were allegedly gheraoed when they started looking for their drone camera, which they reported to be 'missing'. Sundararaj and his men accused them of taking photographs of the closed brick chamber. When the girl's father later reached the spot, he too was attacked. In 2019, TMS Rajendiran, a 70-year-old farmer, alleged that a brick kiln owner had issued death threats to him and his family after he filed a writ petition asking for the closure of over 200 illegal brick kilns operating in Chinna Thadagam and surrounding villages. 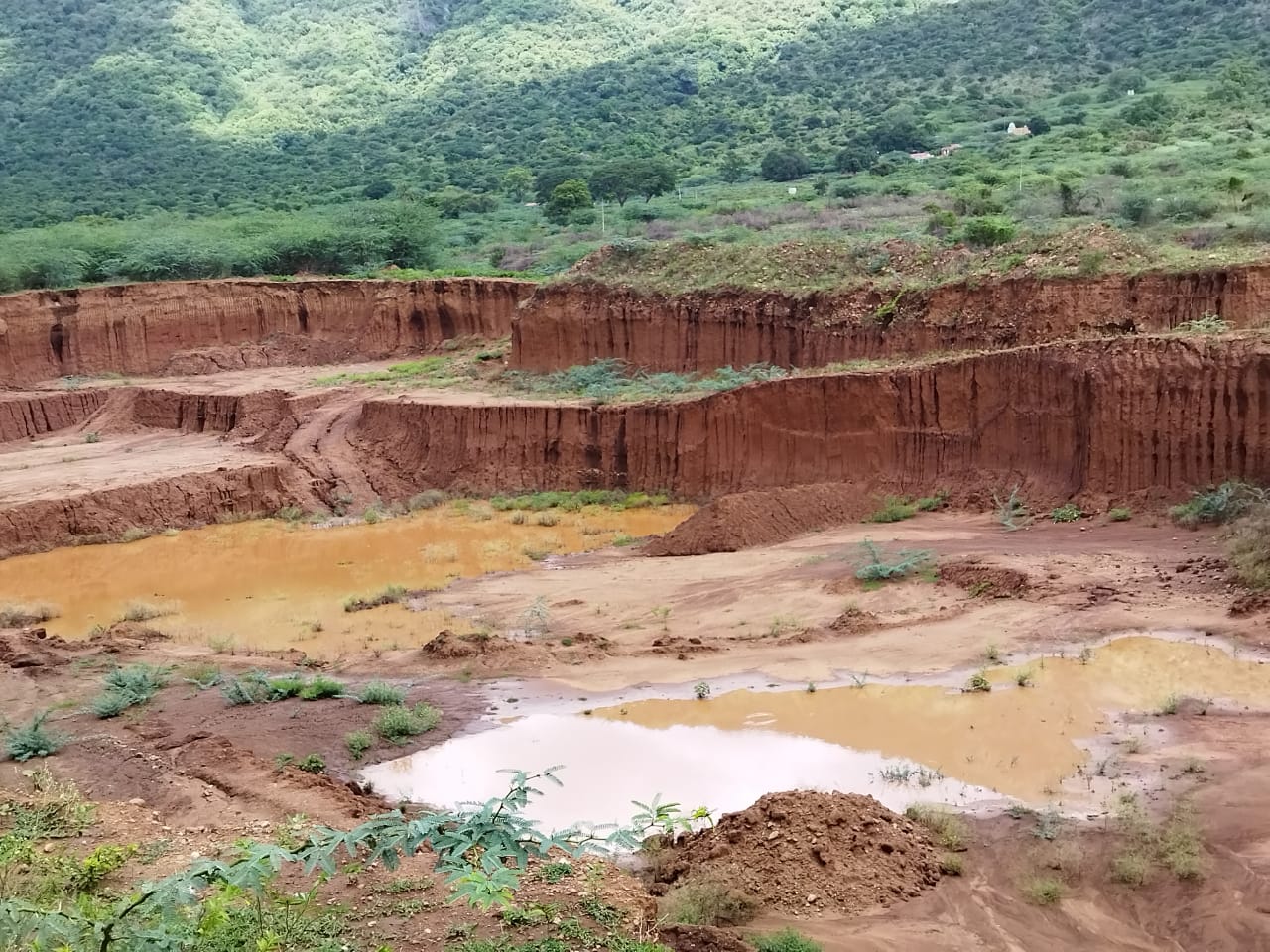