India’s Illegal Municipal Towns
Do you know governments have been illegally creating municipal towns in the country? What could be illegal about creating a new town, you might ask.

They found it's being done to help real estate and others to take over tribal lands in Schedule V areas in violation of Constitutional provisions.

Jeff travelled to one such municipality, Manuguru in Telangana and together the two uncover a practice in which many states and governments are complicit. 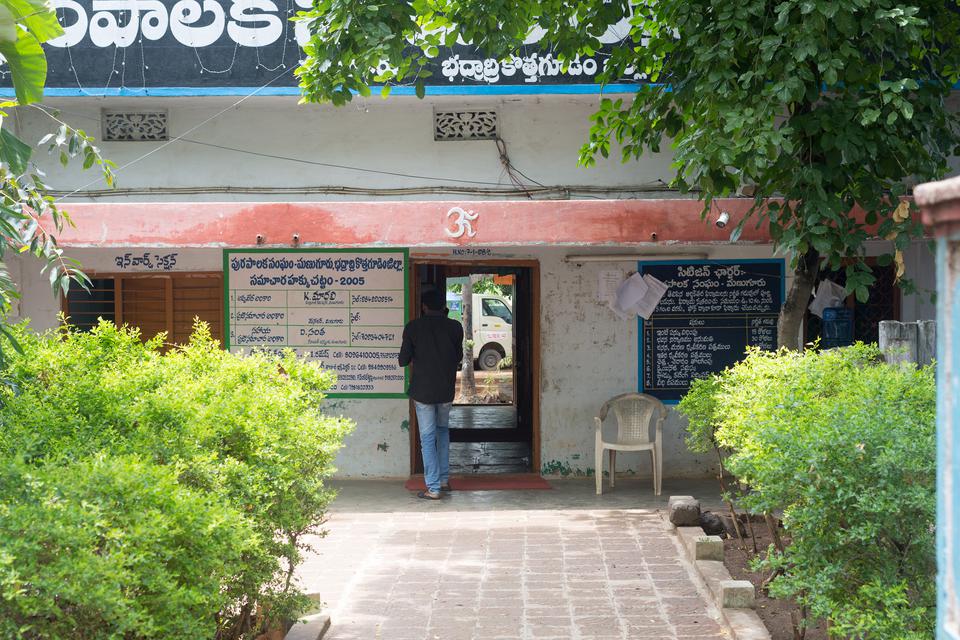 In the absence of elected representatives, Manuguru is run by state officials. Photo credit: Jeff Joseph

Rich Nations’ Climate Fraud
Japan donated some funds for eye treatment of the poor in India. And, labelled it as their contribution to help poor countries fight climate change. Many developed countries are indulging in this greenwash, our Database and Collaborations Lead, Mrinali found.

The rich countries do so to make false claims at climate change negotiations that they are meeting their obligations. They do so, ignoring the warnings by scientists in the latest IPCC report that the global community needs to have a clear definition of what is climate finance.

We will see this play out yet again at the upcoming climate change talks in Egypt, starting November 6. 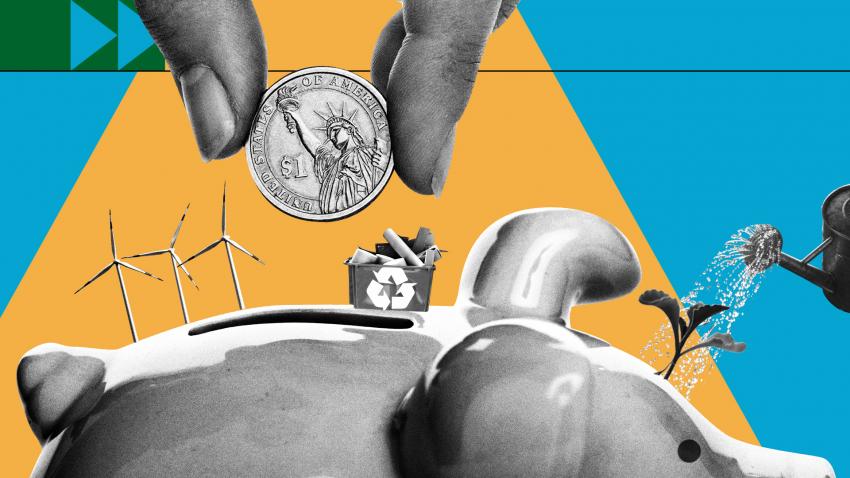 There is no official definition for climate finance yet. Photo credit: UN

Last month, our researchers added six new cases of land conflicts to our existing database of 641 ongoing land conflicts. Infrastructure projects are behind most of these conflicts. 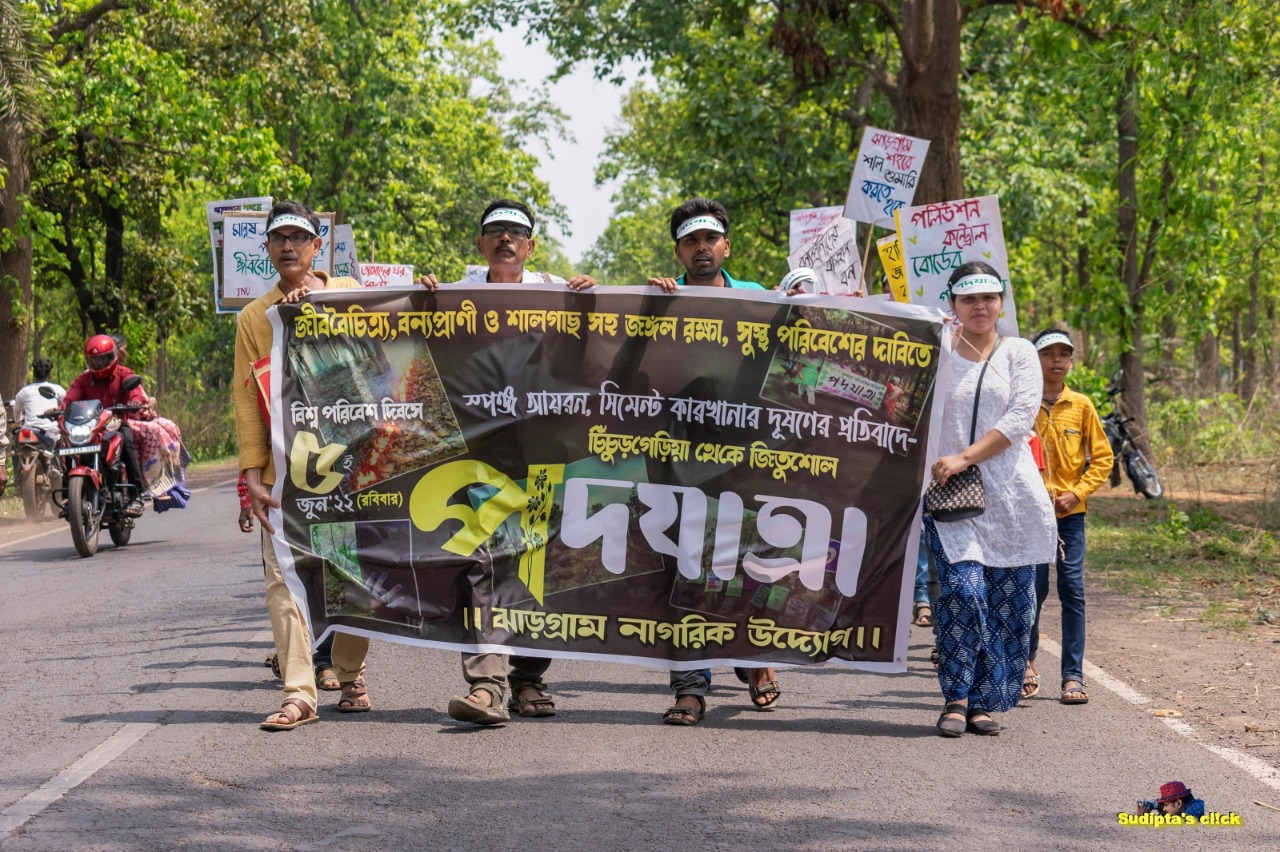 Locals took out a rally to protest the dumping of iron ore waste on their land. Photo credit: Rakesh Mudli

The government of Punjab is set to grant ownership of village common land to gram panchayats. Their attempts, however, face stiff resistance from farmers. Protests erupted in Punjab last week where farmers demanded control over common land. 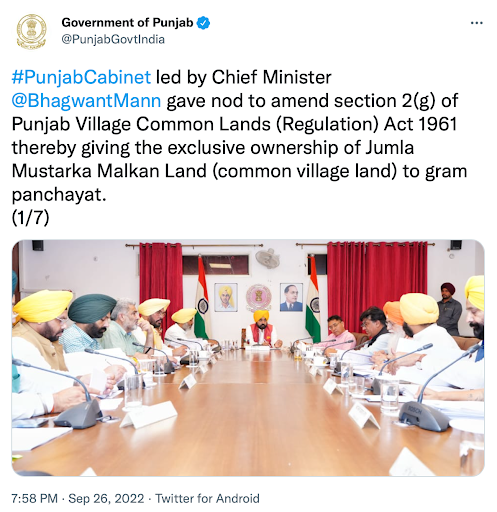 On September 26, Punjab’s state cabinet approved an amendment to grant exclusive ownership of common village land to the gram panchayat – a departure from existing jurisprudence, under which the panchayat only has the power to manage and control the land.

Village common lands in the state are governed by the Punjab Village Common Lands (Regulation) Act, 1961. Under the Act, control over village common land is vested with the gram panchayat, which is entrusted with its management for the benefit of the villagers.

The common land in question is the jumla mushtarka malkan type of land, a type of common land in Punjab and Haryana. It is made up of villagers’ own contributions and was, till now, merely managed by the panchayat. Protesting farmers demand that their collective ownership over the land should be maintained.

We spoke to Nirbhay Singh Dhudike, state president of the Kirti Kisan Union, about their concerns following the amendment. “With the change in ownership of jumla malkan land, the panchayat will now have the power to give our common land away to corporates, or even lease it out,” he fears. “It may even evict those who currently use the land to cultivate and graze their livestock.”

Despite these concerns, it is unclear whether this exclusive ownership will also grant gram panchayats the power to alienate the land, through transfer of possession, or sale. We will bring an update as soon as the amendment becomes publicly accessible.