In 2014, the Odisha government issued a Prospecting Licence (PL) to Vedanta Aluminium Limited to explore laterite mines in Danga Deula hills spread over 150 hectares of land in Koraput district. About 10 villages will be directly affected by mining on this hill. Earlier too, they were displaced due to the construction of Upper Kolab Hydro Electric Project based at Koraput. According to the residents, mining in Danga Deula will not only affect the ecology of the region but will also threaten their lives as it will erode the soil and affect agricultural activities. The hill has several perennial sources of water, which will dry up if mining takes place. Also, the hill lies a few metres from the Kolab reservoir, and any type of mining will affect its catchment areas. In 2016, Prafulla Samantra, noted Adivasi activist and president of Lok Shakti Abhiyan, was reportedly harassed and intimated by supporters of the project on his way back from a public meeting organised to mark the resistance against mining activities in Danga Deula hills. On October 18, 2017, the tribal population of the area, under the banner of Koraputia Jan Suraksha Sangh, submitted a petition to the chief minister against the government's decision to provide a PL for mining. As of 2021, the community continues to protest, and the mining is yet to take place.

Refusal to give up land for the project, Opposition against environmental degradation, Demand to retain/protect access to common land/resources

In 2016, Prafulla Samantra, noted Adivasi activist and president of Lok Shakti Abhiyan, was reportedly harassed and intimated by supporters of the project on his way back from a public meeting. 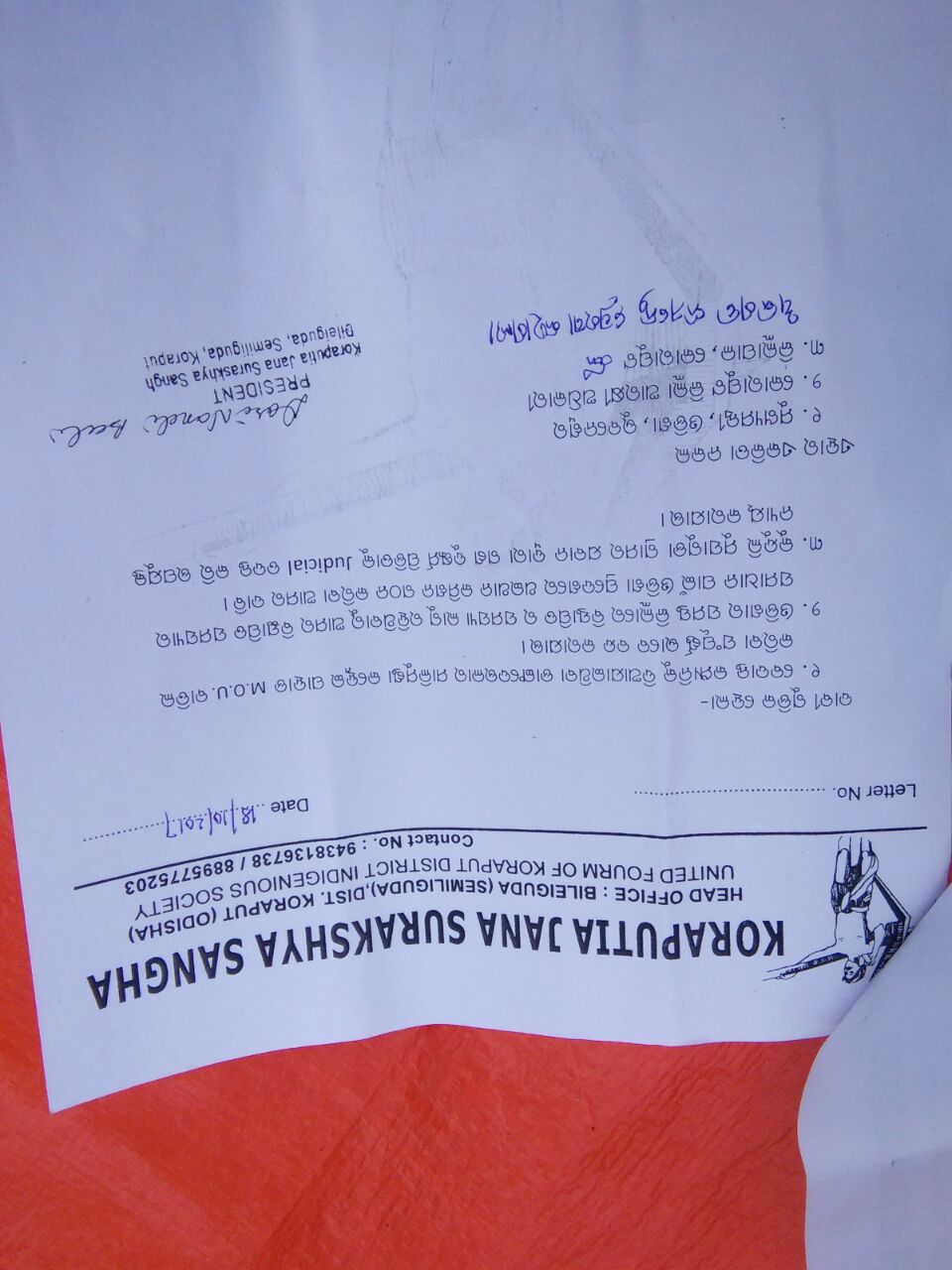