On August 18, 2018, forest officials in Rajasthan demolished nearly a dozen houses and seven shops in Talabgaon in Kota district's Anantapur city allegedly without issuing prior notice. While the officials claim that the land comes under the category of forest land and belongs to the state, the residents refuse to evacuate, claiming ownership of the land as they have been living there for many years, in addition to demanding regularization of their locality. Spread across 15 hectares, Talabgaon is home to nearly 2,500 families who had settled there 50 years ago. Most of the residents have voter ID cards and water/electricity connection. In the last 20 years, many of them have constructed concrete houses and opened shops in the area. According to Ashok Kumar Jhalani, vice president of Anantapura Hitkari Society, a local organization fighting for the rights of the residents there, the land was not categorized as forestland prior to 1994. He claims that a few officials from the district administration ordered a land survey in 1994, following which the land came under the jurisdiction of the revenue department. Jhalani alleges that forest and police officials have been extorting money from the residents from time to time to allow them to continue living on that land all these years. But now when people are gradually refusing to grease the palms of the officers, the latter resorted to drastic steps, such as demolition of houses and shops. Following the demolition, councillor Razia Pathan, along with other local groups fighting for the rights of the residents, submitted a memorandum to the district collector, demanding regularization of the land and action against the officials who had ordered the demolition. Action on the memorandum is awaited.

Forced evictions/ Dispossession of Land, Lack of legal protection over land rights, Non-rehabilitation of displaced people, Non-implementation/violation of the FRA

On August 18, 2018, forest officials allegedly demolished shops and houses that led to protests and agitation among residents. 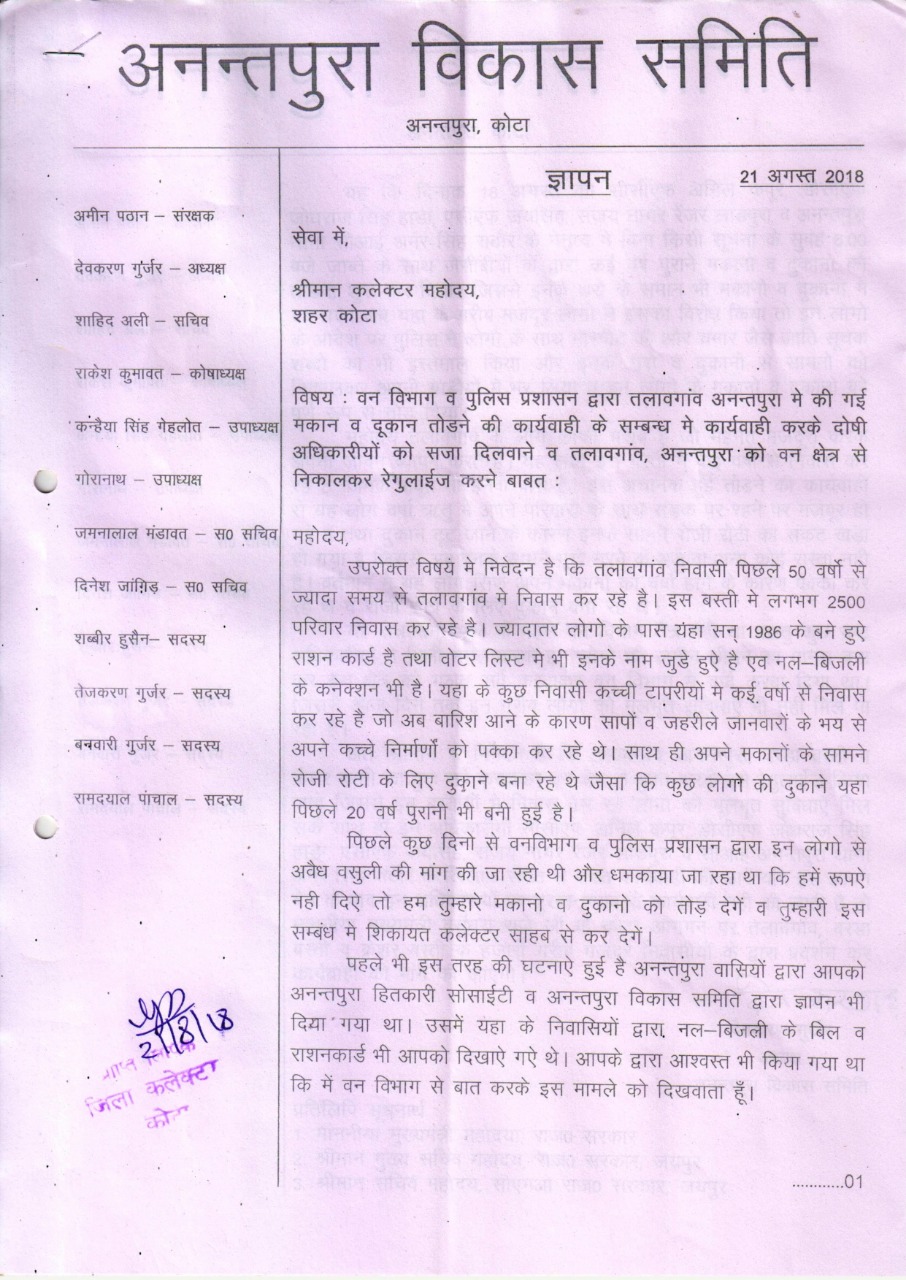