In 2017, four farmers from Kasaundi village were denied Individual Forest Rights (IFR) titles under the Forest Rights Act, 2006. The forest department rejected their claims of occupancy in a letter, but the families claimed to be cultivating on the land for over 20 years and accused the forest department of wrongfully denying them titles. They also alleged that the department used coercive measures to prevent them from cultivating and destroyed their crops. The conflict started in 2012 after forest officials allegedly destroyed the villagers' crops overnight and sent their cattle to the Kanji house. It was after several requests that the officials returned the cattle to their owners.  In 2016, the department fenced the disputed land for plantations under the Compensatory Afforestation Fund Management and Planning Authority (CAMPA). This came as a shock to the affected families, who received this information from a beat guard.  They soon approached the district collector to appeal against the fencing of their lands, for which their IFR claims were still pending. In response, the collector ordered an inquiry by a forest ranger. After a survey, the ranger wrote that the land could not be notified for IFR claims as ownership over the land was also being claimed by the revenue department.  The LCW researcher later learnt that the farmers, without any land holdings, are now entirely dependent on labour work for their livelihood. They have also turned into migrant workers in nearby cities as the forest department does not allow them to cultivate the land anymore.

Non-implementation/violation of the FRA, Lack of legal protection over land rights, Forced evictions/ Dispossession of Land

Villagers alleged that the forest department used coercive measures to prevent them from cultivating by destroying the crops, letting cattle graze the crops and arresting the farm animals. 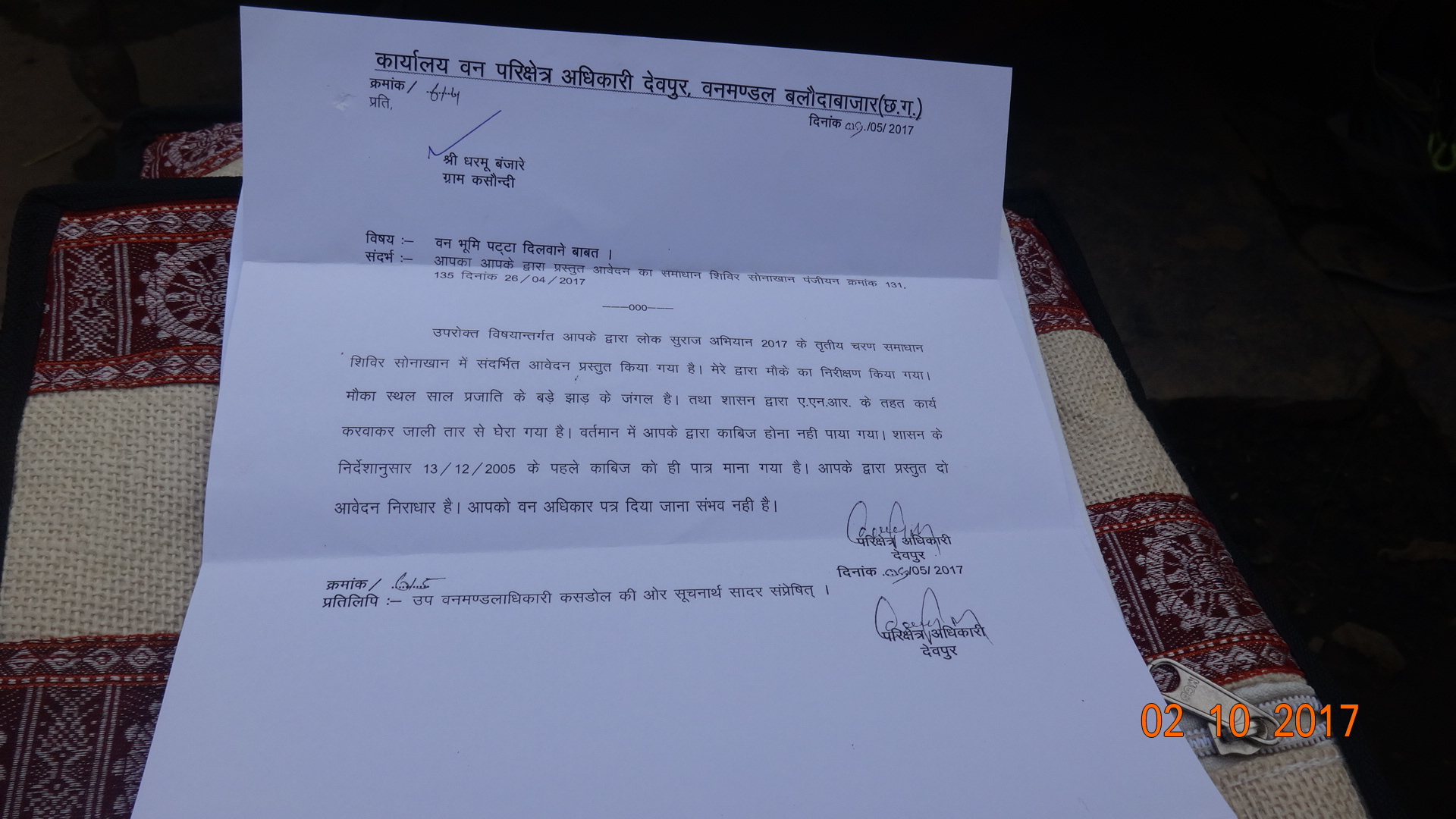