UP, MP Governments Go Ahead with Ken Betwa Inter-linking Project Despite Opposition

The KenBetwa Project is an ambitious irrigation project proposed in 1982 by the Centre to link the Ken and Betwa rivers flowing through Madhya Pradesh and Uttar Pradesh. The government claims the project would benefit 13 lakh families by meeting their irrigation, drinking water and electricity needs in the droughtprone areas of the two states. The project, comprising a 231kilometrelong canal between the two rivers as well as two reservoirs, requires the felling of more than 1.8 million trees, besides submerging most of the 6,400 hectares of forestland in and around Panna Tiger Reserve. The project will also submerge nearly 5,026 hectares of private and common land and will displace about 1,000 families inside and outside the reserve, according to a feasibility report by the National Water Development Authority (NWDA). While many environmentalists have demanded scrapping of the project, most affected villagers are demanding fair compensation to the families that will be displaced. Kamlesh Yadav from Palkohan village said in a news report, We do not know what this project is about. We came only because a jeep came to our village, saying we were going to be displaced and that we should attend the public hearing. We have come to demand a fair compensation for displacement, because we know we cant stop the government from throwing us out. Activists allege that the villagers were not provided enough information on the project before the public hearing. In fact, they say that they were not aware of any public hearing or notices issued to the village panchayat. Many were not aware of the nature of the project and were under the impression that it was a dam. Despite the lack of information and misinformation, most villagers pleaded only for fair compensation rather than raising environmental concerns because many allegedly face harassment by forest officials inside the tiger reserve and want to be relocated, a report says. According to the NWDA, the compensation and rehabilitation plan will be assessed as per the LARR Act, 2013. The government is yet to discuss the compensation amount with the affected villagers. Meanwhile, the project has been stalled due to opposition from environmentalists over its massive impact on forest, wildlife and environment. LCW spoke to Himanshu Thakkar from the South Asia Network on Dams, Rivers and People on October 11, 2019. He said that the KenBetwa project does not have final forest clearance. Additionally, there is no bilateral agreement between Madhya Pradesh and Uttar Pradesh on the interlinking project. In March 2020, the Centre started work on establishing an exclusive body to implement projects for linking rivers that are generally stalled due to lack of consensus among states. According to a report, the chief ministers of Uttar Pradesh and Madhya Pradesh will sign an agreement on March 22, 2021, to implement the KenBetwa Project.

Complaints, petitions, memorandums to officials , Advocacy (for inclusion in courts) 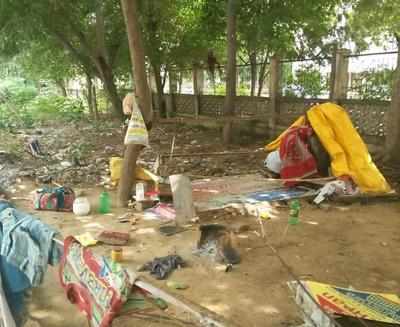