The Kondapochamma irrigation project in Telangana's Medak district is another milestone under the multistage Kaleshwaram Lift Irrigation Scheme. The reservoir, with a capacity of 7,000 million cubic feet, will provide water to an area of around 2,85,280 acres but also submerge three of the villages completely. Around 5,694 acres of land from the villages of Mamidyal (2,033 acres), Biranpur (1,009 acres), Markook (960 acres), Pamulaparthi (826 acres), Tanedarpally (539 acres) and Kotyala (327 acres) had been acquired for the project, which was strongly opposed by the residents of these villages. In February 2018, residents stalled construction work and demanded the compensation and rehabilitation package promised at the time of land acquisition. They also alleged that pollution in the area had increased after work on the project commenced, adding that many villagers had been diagnosed with respiratory problems. On December 31, 2018, the villagers agitated on site. However, in January 2019, they elected the same ruling party's candidate for sarpanch. By April 2020, construction work was complete, and the residents were allegedly shifted to the newly constructed rehabilitation and resettlement colony. However, they claimed that they were forcefully relocated from their houses on April 30, 2020, with the help of the police, and shifted overnight to small shed houses instead of the promised doublebedroom houses. In an interview in September 2020, they also claimed that were unable to approach the court or the chief minister because of threats by the police. The villagers were additionally promised jobs, but were not given any. The residents managed to challenge the forceful relocation in the Telangana high court, which ordered the temporary rehabilitation of the families on May 7. There were several issues with the temporary rehabilitation from commute to the vanishing promise of permanent settlement. Yet, on May 9, the houses were demolished, and on May 29, Telangana Chief Minister K. Chandrashekar Rao inaugurated the reservoir project. On March 10, 2021, the Telangana high court sentenced Siddipet District Collector O. Venkatarami Reddy and Special Deputy Collector (land acquisition) Jayachandra Reddy to three and four months of imprisonment, respectively, along with fines to be paid to the court and costs to be paid to the petitioners, for failing to implement the court's orders. The residents remain partially compensated. 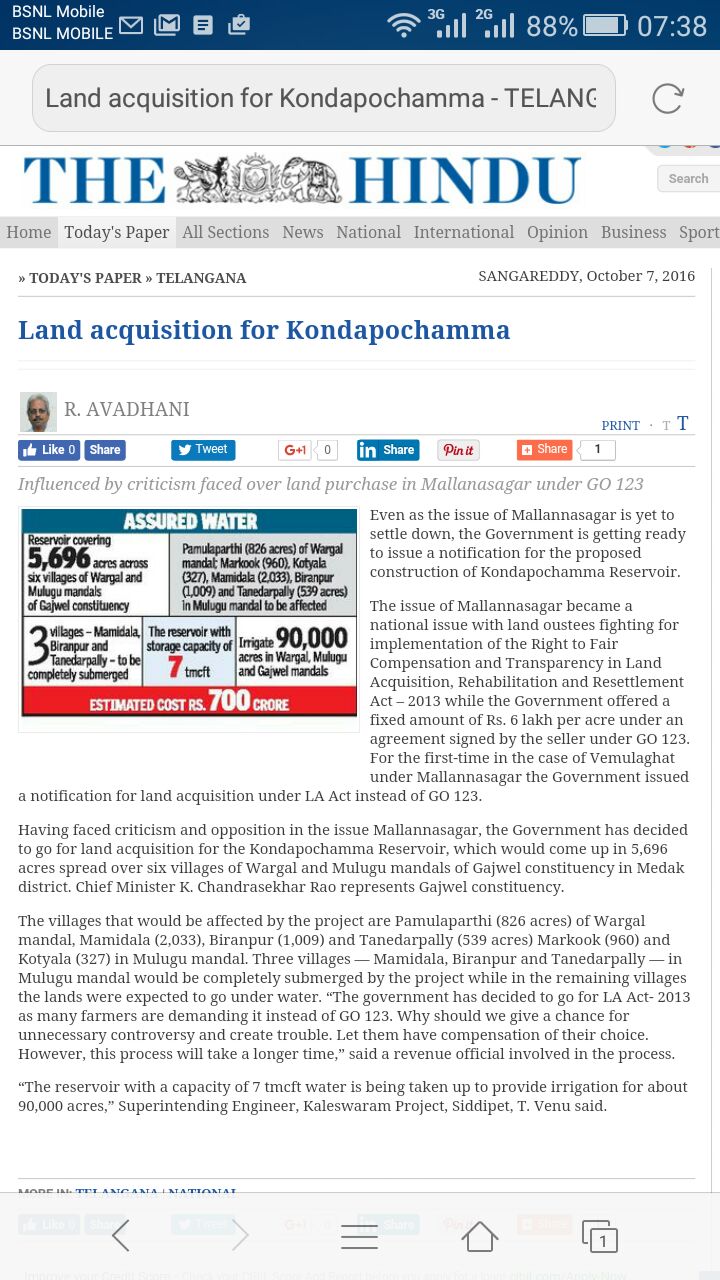