The Jamwa Ramgarh Dam has been home to various species of fish and aquatic reptiles as well as a water source for the people of Jaipur since 1931. The reservoir shot to international fame in 1982 when it hosted the rowing events of the Asian Games. However, since 2006, the four riversRoda, Banganga, Tala and Madhoveni, which used to be tributaries to the Ramgarh reservoirhave gone dry, along with the reservoir. After the reservoir completely dried up in 2011, the Rajasthan High Court took suo motu cognisance of the matter. It learnt that the dam's catchment area, spread over 700 sq. km., had as many as 405 anicuts and 800 encroachments, ranging from farmhouses to educational institutes, including the National Institute of Medical Sciences (NIMS) on the DelhiJaipur highway. The court issued an order in 2012 to remove all encroachments around the dam and cancel land allotments that were made since 1955, the year when the Rajasthan Land Tenancy Act came into force. But of the 800 encroachments, only 20 per cent were removed, according to advocate Virendra Dangi, who was a member of the monitoring committee constituted by the High Court. While the court ordered the demolition of encroachments, a few influential institutions have been challenging its decisions. The lake, meanwhile, has remained dry, leaving the people of a growing Jaipur to struggle to meet their water needs. On November 9, 2017, the Supreme Court imposed a fine of Rs 20 lakh on NIMS and ordered the demolition of illegal constructions in the area. The Rajasthan High Court issued another order on January 31, 2019, asking the state to conduct a survey on the utility of check dams in the state. The High Court has suggested the appointment of a special officer to solve this problem. In July 2019, Rajasthan Water Resources Minister B D Kalla said 636 encroachments have been removed, and a report in compliance to the high court order to remove them from the catchment area of the Ramgarh Dam has been submitted. The Court is monitoring compliance of its orders.

Lack of legal protection over land rights, Encroachment of land 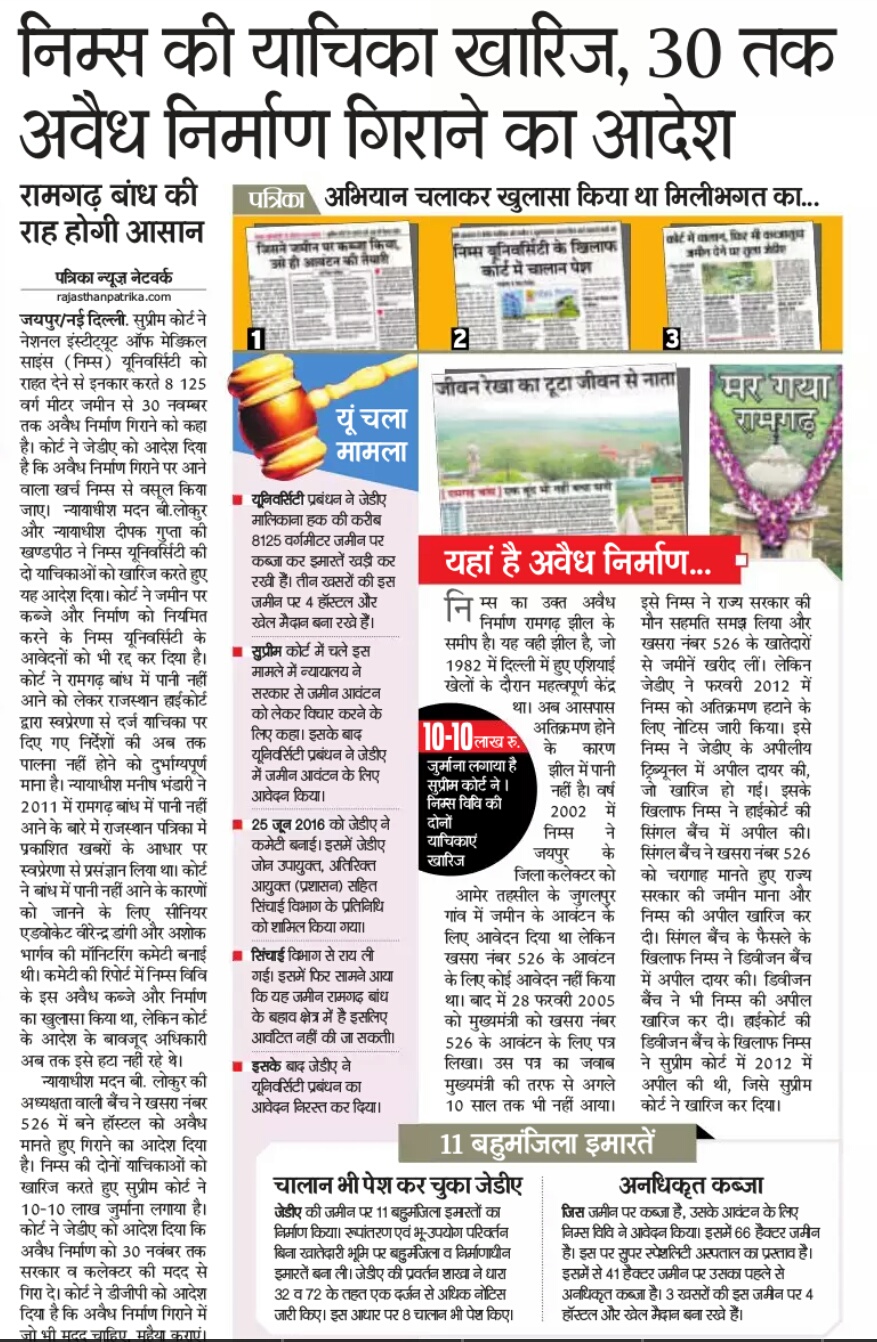