In** November 2018, farmers from nine tehsils in Khammam district Khammam Urban, Chintakani, Thallada, Konijerla, Wyra, Penuballi, Kallur, Vemsoor and Sattupalli protested at the District Collectorate office in Khammam against the proposed KhammamDevarapalli greenfield national highway project, fearing acquisition of their fertile agricultural land. The KhammamDevarapalli greenfield national highway is a pet project of the Telangana government, approved by the National Highways Authority of India (NHAI) under the Centre's Bharatmala Pariyojana economic corridor development initiative. The project, which was proposed in 2016, aims to reduce the distance between Rajamahendravaram in Andhra Pradesh and Khammam in Telangana from 220 kilometres to 197 kilometres, improving the connectivity between remote areas in the two states. However, the project is likely to **affect 2,000 farming households by acquiring 1,996 acres of their agricultural lands. The demands of the Telangana Farmers' Joint Action Committee offers two alternatives: the government should either upgrade the existing 100feet KhammamAswaraopet state highway into a national highway, which will benefit everyone without affecting agricultural productivity or displacing farmers, or the compensation amount should be increased satisfactorily. In February 2021, the NHAI agreed to reduce the width of the highway from 70 metres to 60 metres, which will potentially save 350 acres of agricultural land. The Centre, too, agreed to increase compensation per acre from INR 12 Lakh to INR 25 Lakh. Yet, the farmers have stayed put in their opposition, fuelled by the mounting insecurity of being evicted from their own lands. The concerned authorities, provisionally directed by the Telangana high court in February 2021 to not dispossess the petitioners from their lands, have not begun the land acquisition process and are still awaiting environmental clearances.

Demand for more compensation than promised, Complaint against procedural violations

Upgrade the state highway into a national highway 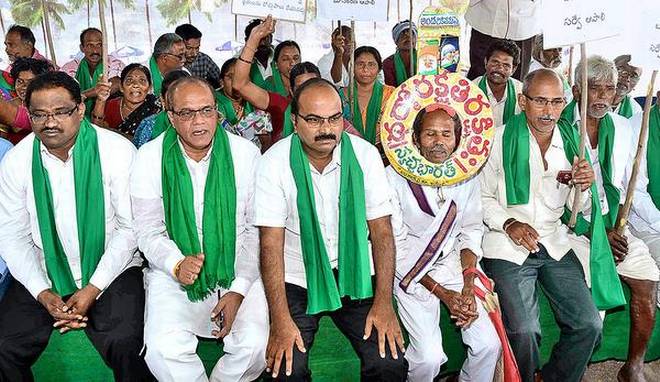