1,500 Slum-dwellers Left Homeless After Eviction in Dharamshala, Their Demand of Rehabilitation Not Met

Dharamsala city in Kangra district of Himachal Pradesh is known as a place of refuge; many including Tibetans who fled China took shelter. But on June 17, 2016, the Municipal Corporation of Dharamshala (MCD) and the district administration turned their back on the city's poor and rendered about 1500 residents homeless by demolishing their shanties in Charan Khad. MCD cited the reasons for opendefecation and sanitation concerns to back the demolition drive. However, it did not provide the evicted with any rehabilitation.  The slum dwellers are mostly migrant workers; many of them are Scheduled Caste people of Rajasthan and Maharashtra and had been residing in the slum cluster for over 30 years. As most of them work as daily wage labourers at construction sites, rag pickers and streetside vendors, they have nowhere to go. The eviction was described as "inhumanely" by a factfinding report.  In March 2016, the MCD started planning the demolition. It showed the slum dwellers relocation sites in villages Gamru, Passu and Sarra. The displaced people allege these villages have no amenities like housing, sanitation or water. They also said that the residents of these villages opposed the rehabilitation and that they were kicked out.  However, MCD made no effort to sort out the rehabilitation problem and went ahead with the demolition on June 16 and 17, after serving a 10day notice.  The families were left on the streets to fend for themselves in the monsoon season. Close to 115 children from the slum, studying at government schools nearby, were adversely affected by the displacement. Activists allege police intimidated the displaced slum dwellers and those attempting to talk to them or provide support.  Some news reports suggest that evictions were carried out after Dharamshala was shortlisted as a smart city in 2016. On June 25, 2016, the slum dwellers marched raising slogans like garibo ko ujadna bandh karo and Charan Khad visthapiton ka punarwas karo demanding rehabilitation. In the same month, one of the residents filed a petition in the High Court challenging the eviction. However, the court dismissed the petition.  By September 2016, several families built temporary shelter in the city outskirts and applied for affordable houses, provided under the Pradhan Mantri Awas Yojna (PMAY). Even after four years, the evictees are still awaiting rehabilitation, according to a press note in June 2020. The Charan Khad Basti Punarwas Samiti has been appealing to the authorities. They also submitted a memorandum to the District Collector of Kangra demanding relocation close to the city citing the difficulties in accessing livelihood opportunities and the additional financial burden. The National Human Rights Commission has issued multiple notices to MCD and the state government. In the same press note, Sumit Mahar of Kangra Citizens Rights Group questioned why the Himachal government was treating the migrant workers, who have been providing services to the city for decades, as second class citizens? He also stated that during the Covid crisis and lockdown the government issued several statements asking migrant workers to stay back, continue contributing to the states economy and that they would be taken care of by the government.   According to a 2020 news report, many of the evicted families have shifted to a temporary settlement in Chetru village, located on the flood plains of the Manjhi stream. This had made the affected vulnerable to flood damages every monsoon season. Meanwhile, the same report also stated that none of the families was granted housing under PMAY yet.  Now, the restrictions due to the pandemic has hindered the advocacy activities to demand rehabilitation, Sumit Mahar told the Land Conflict Watch.

The eviction was process was disorganised and traumatising for the community. A video clip (taken on 20 June) shows shacks being dismantled and torn tarpaulins and plastic sheets being collected and piled up by municipal workers while some evicted people continue to try and salvage their belongings. 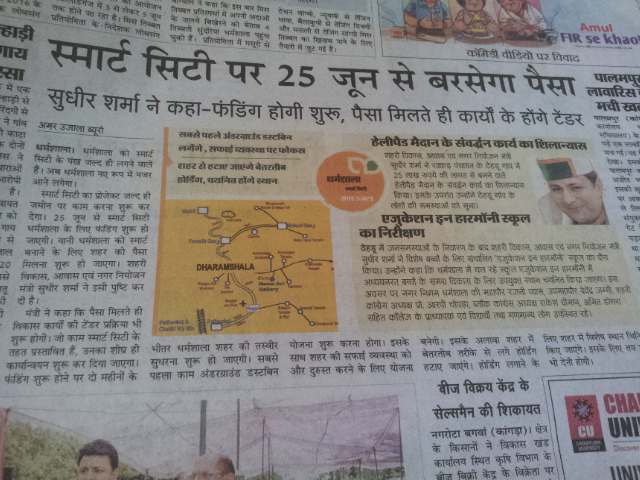