In early 2016, the Pune Municipal Corporation (PMC) proposed the Pune Riverfront Development Project along the length and breadth of the Mula-Mutha rivers. The 44-kilometre-long Mula, Mutha and Mula-Mutha rivers** (the **latter is formed by the confluence of the Mula and Mutha rivers) flowing within the PMC limits are set to undergo a ‘rejuvenation’ under the beautification project, costing INR 4,727 crore. The Detailed Project Report states that the main objective is to clean the rivers and reduce flooding.

The project will require channelising and converting the two rivers into canals by constructing 30-40-feet-high concrete or stone embankments along their length. Additionally, barrages will be built on all three rivers near Garware College, Kaspate Vasti (Cantonment) and Mundhwa K.T. Weir.

Environmentalists and the Water Resources Department (WRD) have expressed concern. The WRD said, “While implementing the Riverfront Development Project on Mula, Mutha and Mula-Mutha rivers, care should be taken to not reduce the cross-section of the rivers.” However, the PMC seems to have ignored this advice as the project will allegedly narrow down the rivers in the process of building embankments, which will require land reclamation from the riverbed or floodplains. This, in turn, will affect groundwater aquifers and the city’s watertable. The barrages being built will cause the water, which is already sewage water, to stagnate and flow back into the streams, resulting in mosquito infestation. It will also lower the levels of dissolved oxygen and impact the last two remaining fish species (Mangur and Tilapia) in the rivers.

The Environmental Clearance for the project was also controversial and was allegedly rushed by the State Environment Impact Assessment Authority (SEIAA). A report by the South Asian Network on Dams, Rivers and People claimed that the SEIAA ignored the basic elements of the project, such as according clearance in the absence of barrage experts in the committee. The assessment report also allegedly denied any form of demolition of houses along the rivers. Essentially, the project will not clean the rivers; instead, it will irreversibly destroy the rivers’ biodiversity and ecology, deplete groundwater table, make bridges and roads inaccessible** **and cause flooding and land submersion.

Environmentalists and civic activists have raised the issues with the WRD, but has not got any response so far. Some activists have petitioned the National Green Tribunal and the Bombay high court against the irregularities of the project. Despite the opposition, in October 2021, the PMC floated a tender worth INR 360 crore for the first phase of the project from Sangam Ghat to Bund Garden.

Environmental Impact Assessment Notification, 2006
Section 2 [All new projects listed in the Schedule to require prior environmental clearance from either SEIAA (at state level) or MoEF&CC (at national level)]; Appendix II, Form 1A [Project proponent to furnish full and correct information regarding project, including conducting a social impact assessment as well as assessment on surrounding flora and fauna]
Solid Waste Management Rules, 2016
Rule 11 [Duties of Municipal Administration to include preparing a state policy for waste management and to ensure its implementation]

Presently, multiple cases are pending before the National Green Tribunal (NGT) on the issue. An Original Application was also filed to bring the rampant dumping of construction material on the floodplains of the Mula-Mutha rivers to notice. The NGT constituted a committee comprising government officials and scientists to look into the matter. An Action Taken Report was directed to be filed by the Pune Municipal Corporation (PMC) on July 23, 2019. According to a report filed by the Maharashtra Pollution Control Board, it was evident that there were encroachments on the riverfront and dumping of both solid waste and domestic waste water. The last date of hearing in this matter was on October 16, 2020. On this date, the NGT directed the PMC to explain why it should not be liable to pay environmental compensation damage for its delay in taking action. The matter was supposed to be listed in January 2021. However, there is no information available for the next date of hearing in the case. An appeal was filed by Sarang Yadwadkar challenging the Environmental Clearance granted to the Mula-Mutha River Rejuvenation Project. On March 16, 2020, the NGT issued a notice in the case, noting that the Environmental Impact Assessment had not been carried out by the Mula-Mutha River Rejuvenation Project. The State Environment Impact Assessment Authority was also directed to furnish reports in response to the appeal. The latest hearing in the case was on December 14, 2021.

LCW called up the office of the Pune Municipal Corporation but the call was transferred back and forth between many departments. 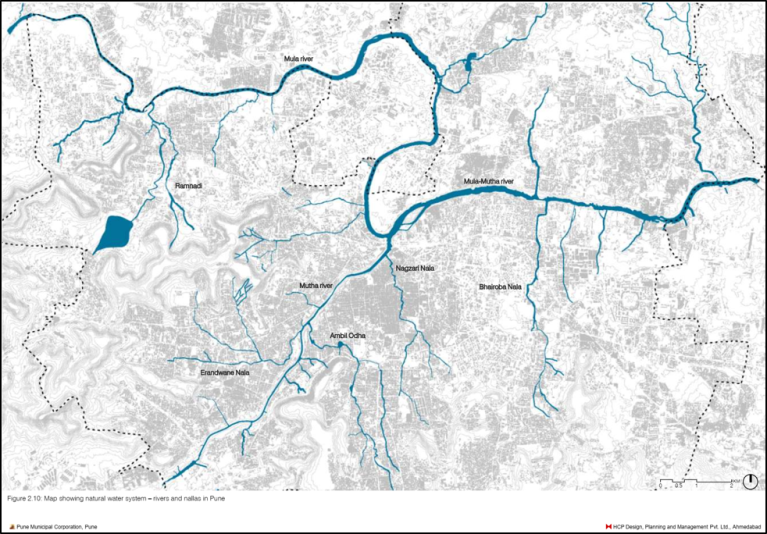