Encroachment by Non-Right Holders (Other than Caste-based)

Behali Reserve Forest (BRF) is one of the last remaining forests in Assam’s Biswanath district, in the foothills of the eastern Himalayas. But large-scale encroachment over the years has shrunk its size, threatening biodiversity. The forest is also a disputed territory between Assam and Arunachal Pradesh. Communities from both the states have been claiming territorial rights over the reserve forest -- a part of the BRF falls in Papum Pare district in Arunachal Pradesh, which claims the forest as its territory and refers to it as Tarasso. BRF on the Assam side falls in Biswanath district.

In January 2014, 10 people were killed and eight injured when alleged armed miscreants from Arunachal Pradesh attacked Chaoldhowa, a settlement inside the BRF on the Assam side and fired as many as 100 rounds from rifles and guns, leading to casualties.

In June 2017, over five hectares of forestland were cleared of encroachments on the Assam side by the Biswanath forest department. Conservationists, researchers and biodiversity experts have expressed concern over the shrinking size of the forest resulting from encroachment. In addition, problems of poaching and logging for timber have threatened the already vulnerable flora and fauna.

In a report titled ‘Natural Resources Management: Sustainable Extraction Level of Forest Production in Assam’ published in 2001, M.C. Bora, founding dean of the School of Management Sciences, said, “Encroachment in Behali Reserve Forest started from 1980. According to the forest department of Assam, the total encroached area is 3,375 hectares, but, in reality, the actual encroachment area is more than 3,500 hectares.”

Behali was declared a reserve forest in 1917. It is home to some 950 species of flora and fauna and houses archaeological relics dating to as early as the 9th century. Located very close to the Kaziranga National Park, Behali also serves as an elephant corridor and is part of the Kameng-Sonitpur elephant reserve on the Assam-Arunachal border.

A person living around Behali told the media that the ‘people from Arunachal at the border are armed, which they use for hunting rather than protecting themselves. Today, if an elephant goes to the other side of the forest, it won’t come out alive’. He added that until a proper demarcation of boundary between the two states was done, land disputes and encroachments would continue in the forest.

Nature’s Bonyopran, a non-profit based in Assam, claims a nexus between the timber mafia of the state and a section of people from Arunachal Pradesh, who while felling trees for smuggling timber also clear the forestland for encroachment.

Dipankar Bora, assistant professor at Goalpara College, calls for immediate attention to save the BRF. He explained to LCW that “encroachment of land, burning of forests and hunting of wildlife can still be seen in the border areas of the reserve, which is a serious concern". "Encroachers from Arunachal Pradesh have claimed most of the hills surrounding the BRF as their territory and have started rubber and jhum cultivations to claim the land. BRF's protection is critically low, and whatever protection is there, it is only towards the Assam side. There is no beat camp or forest office on the other side," he told LCW and added that almost 48 per cent of the forest is lost, and only 60 square kilometres of the intact forest is left of the original notified area of 140 square kilometres.

Meanwhile, the secretary of Nature's Bonyopran informed LCW that the forest department has sent a relevant proposal to the state government and that they are set to change Behali's reserve forest status to a wildlife sanctuary.

1. Recognition of Behali Reserve Forest as a wildlife sanctuary. 2. Resolution of border dispute around the forest between Assam and Arunachal Pradesh. 3. Creation of alternative sources of livelihood for forest-dwellers.

At least 10 people were reportedly killed and eight injured in an alleged land dispute over encroached land in Sonitpur on the Assam-Arunachal Pradesh border. Alleged armed miscreants from Arunachal Pradesh had attacked Chaoldhowa, a settlement inside the Behali Reserve Forest area on the Assam side and fired as many as 100 rounds from rifles.

LCW visited Aranya Bhawan to speak to the Principal Chief Conservator of Forest, Assam, but the official was not available at the time. 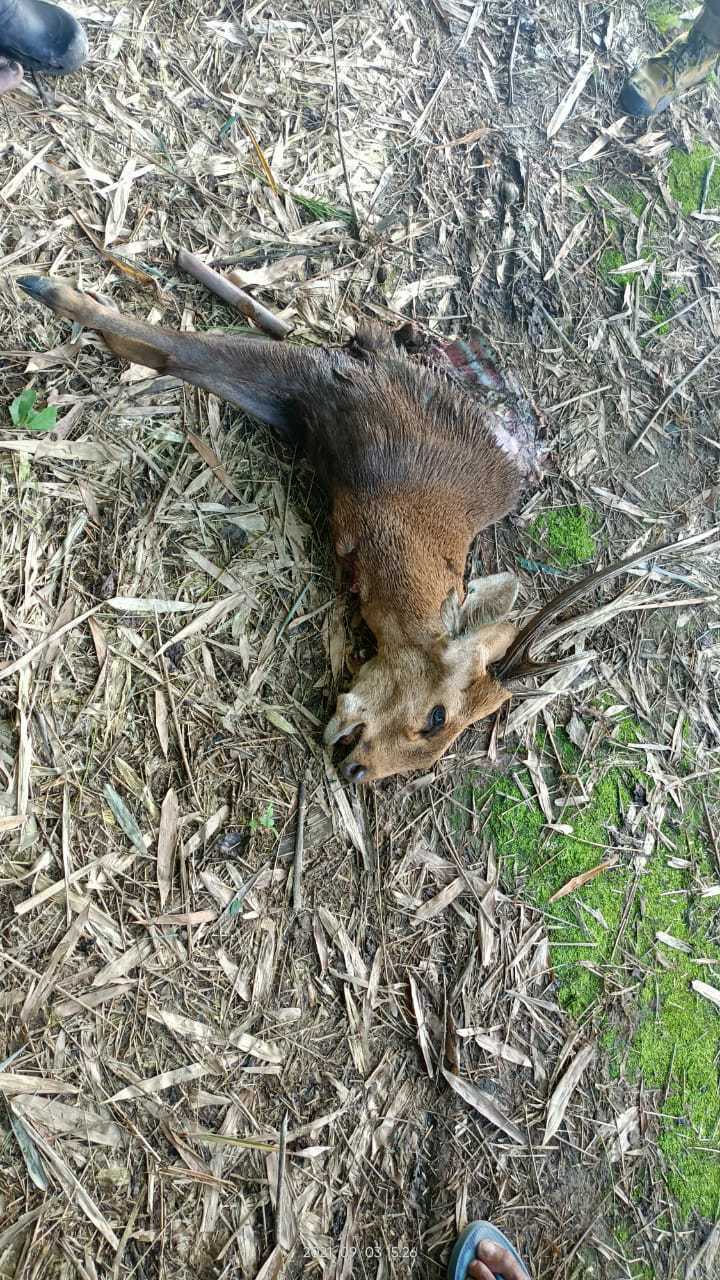 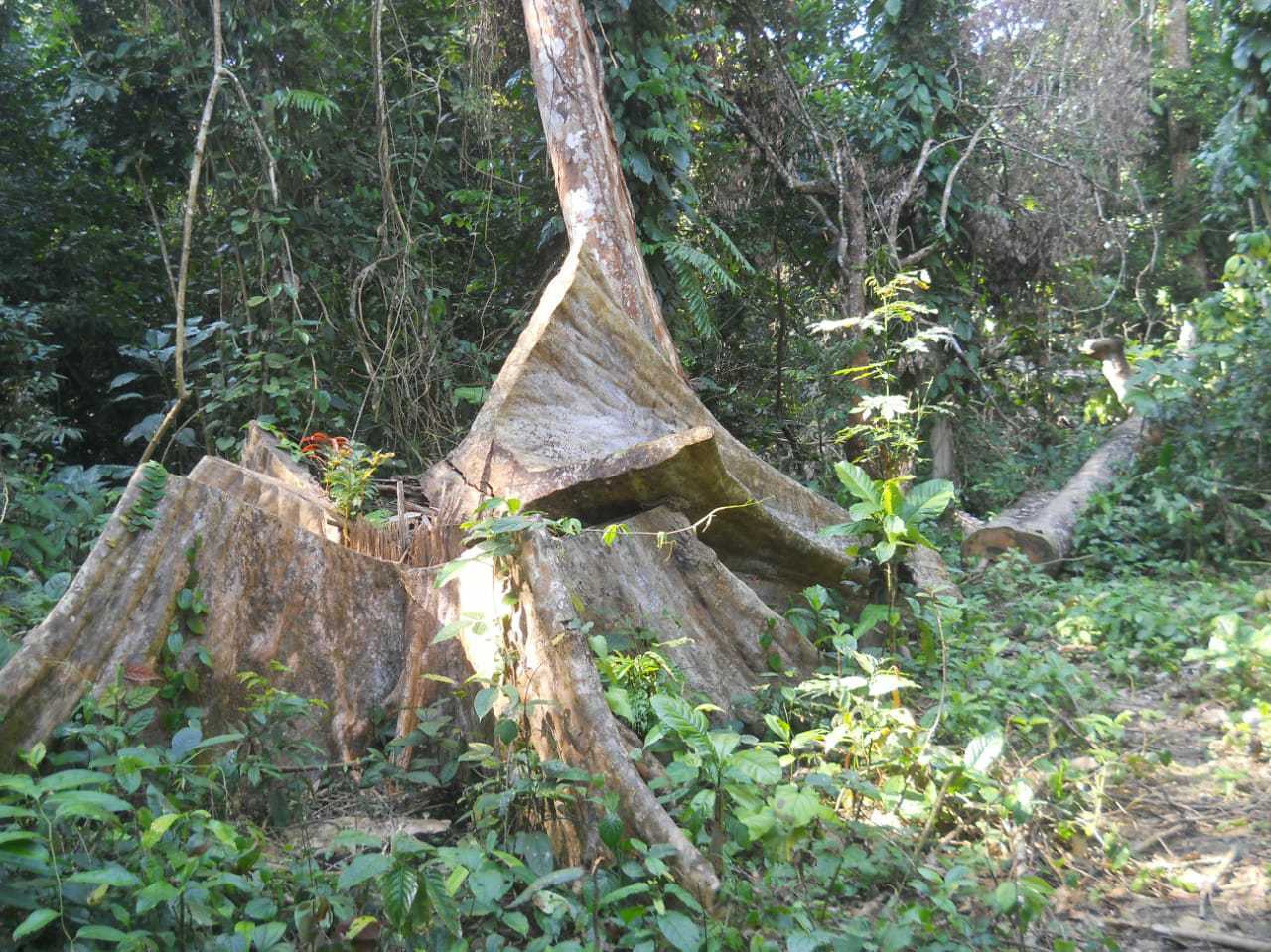