Fiftyone Dalit women in Vautha village in Dholka tehsil have been facing threats by men from upper caste in the area to vacate 25 acres of land they have been cultivating for more than 30 years. These women came together in 1989 to convert a plot of wasteland (municipal land) into cultivable land. It took them 10 years to make the wasteland fertile. They have since been growing groundnut, castor and cotton crops, earning an annual income of INR 8 lakh. In 2017, as a recognition of the resilient efforts of these Dalit women farmers, then Agriculture Minister Bhupendrasinh Chudasama had sent out letters to local revenue officers recommending the transfer of ownership title of the land to the collective Jai Bheem Mahila Kheti Mandal founded by these women. However, no transfer of title has taken place till date. In October 2020, the state government passed the Gujarat Land Grabbing (Prohibition) Act. The Act imposes strict criminal liability, with punishment of at least 10 years, extending up to 14 years, on anyone occupying government or private land without lawful title or who continues to retain possession of land that was occupied much prior to the enactment of the Act. Since none of the Dalit women have legal title to the land, they are being reportedly intimidated and threatened by the dominant upper caste men in their village to vacate the land or face charges under the Act for land grabbing. "The Land Grabbing Act is being used to threaten us and take away the land that we have cultivated with our blood and sweat. Dominant members of the village are colluding with local cops to evict us from the land. We will give our lives but not give up this land, Balu Makwana, one of the Dalit women, told the media.

Lack of legal protection over land rights, Delay in allotment and possession of land/property

Upper-caste men from the village have been threatening the Dalit women farmers to stop cultivating the land or face charges under the Gujarat Land Grabbing (Prohibition) Act, 2020 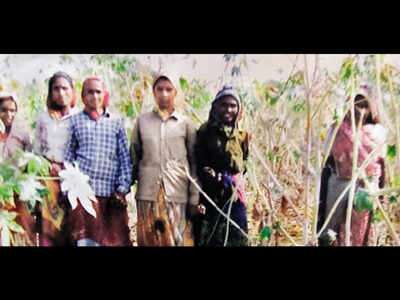