Demand for Protection of Heritage Sites in Old Goa

Since November 2021, residents of Old Goa have been protesting against the construction of a residential bungalow in Tiswadi Taluka of Goa as the bungalow falls within the protected area of two Ancient Monuments viz., Arch of Viceroy and St. Cajetan Church. These monuments have been notified as ‘Ancient Monuments’ by the Archeological Survey of India (ASI), as per the Ancient Monuments and Archaeological Sites and Remains Act, 1958, and form an important part of the heritage of Old Goa.

The protests have been spearheaded by the Save Old Goa Action Committee (SOGAC). They have organised marches, hunger strikes, and an ongoing Satyagraha, which has been joined by over 3000 Goa residents. The Archbishop of Goa and the Goa Heritage Action Group, a local civil society organisation, and various political parties have also extended support to the protestors.

The land upon which the disputed bungalow is being constructed is a private plot measuring 11,900 sq. mtrs. It was owned by Mr. Jose Maria Gouveia Pinto, until it was purchased by Mrs. Suvarna Lotlikar and Mr. Manish Munot, husband of BJP Spokesperson Shaina NC in May 2015. In 2016, the Town and Planning Department of Goa had granted technical clearance only for repair work on the property. However, instead of repairs, the owners began reconstructing the bungalow, leading to public protests. Subsequently, the then owners sold the plot to M/s Corvus Urban Infrastructure in August 2021. The Town and Planning Department revoked its clearance in late 2021, when it found that instead of repairs, reconstruction of the bungalow was taking place.

SOGAC have alleged that permissions granted by various government authorities for the construction are based on submission of false information. They asserted that in order to obtain permissions to construct the bungalow, the plot owners had submitted photographs of a bungalow located in Pernem Taluka of Goa, claiming that the said bungalow in Pernem Taluka was actually located on the plot in Tiswadi Taluka to seek permission for ‘repair work’.

SOGAC claims that all that existed on the plot was a small traditional fishing hut, and that after permission was granted by the ASI solely for repair work in February 2020, the erstwhile plot owners immediately began constructing the bungalow, in violation of the permission granted through the Ancient Monuments Act, 1958.

Speaking to LCW, Hugo Gonsalves, Treasurer of SOGAC, said, “the construction is not only illegal but also against all heritage conventions. The proponent has obtained permission from the state government through intentional complication of the land-uses of the plot”.
Accordingly, SOGAC had filed a Writ Petition in the Bombay High Court in 2021 seeking quashing of permissions granted and an injunction against further construction. However, the petition was dismissed on the grounds all valid permissions for repair work were obtained. SOGAC have now filed a special leave petition before the Supreme Court against the Bombay High Court order, which is presently pending disposal.

Desirous of protecting and conserving Goa’s heritage sites, the people of Old Goa persist with their  Satyagraha, which recently crossed 200 days on 13th June 2022, and continue to demand for the demolition of the bungalow.

Ancient Monuments and Archaeological Sites and Remains Act, 1958
Section 6(2)(c)(iv) [Collector to enter into agreement with owner of a protected monument. This agreement may provide for the power to restrict owner’s right to build on or near site of monument]
Goa Land Development and Building Construction Regulations, 2010
Regulation 2 (36) [Competent authority includes municipalities, village panchayats or town and country planning department, which has the power to issue development permissions or technical clearances] Regulation 6B.1.1 [Any cases falling within conservation zone to be referred to Conservation Committee. This decision will be binding on the Planning and Development Authorities] Regulation 6B.1.7 [Before granting any permission for construction, the competent authority must obtain the Conservation Committee’s opinion.] Regulation 6B.2. [NOC required from Director General of Archaeological Survey of India for development within areas up to 300 m from protected monuments. List of protected monuments includes Arch of Viceroy and St. Cajetan Church] Annexure IX, Paragraph 2 [Conservation Committee has power to restrict development in areas which have intrinsic heritage value]

Supreme Court of India, High Court of Bombay at Goa

The High Court of Bombay dismissed WP No. 1153 of 2021 filed by Save Old Goa Action Committee on May 3, 2021. The High Court did not entertain the argument that the Respondent had obtained various permissions through misrepresentation or fraud. The court stated that the petitioner had failed to provide necessary substantiation. Further, the High Court stated that the Petitioner did not explain why a petition was filed in 2021 against permissions granted in 2015-16. An appeal has been filed against this order in the Supreme Court. The case was supposed to be heard on April 11, 2022. However, there is no updated date for the next hearing. 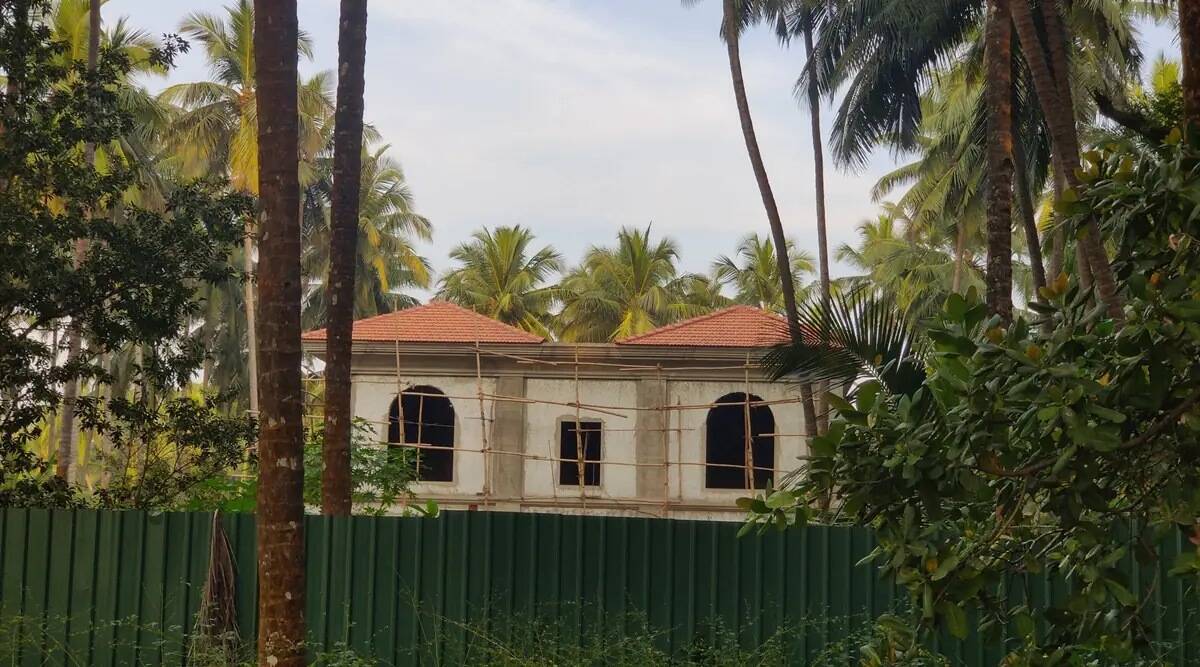 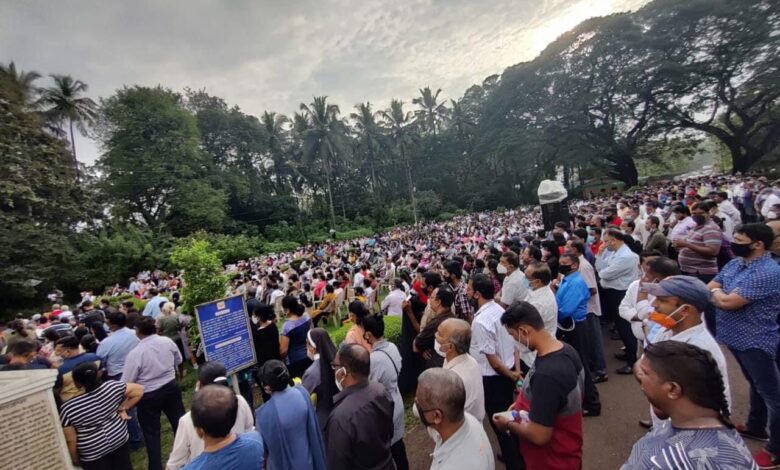 Public Protesting against the Bungalow Construction in Old Goa