The residents of Silor village in Rajasthan's Bundi district are in conflict with Adishwar Jain temple over access to a common road. According to the Silor Gram Panchayat (Village Council), the temple administration is trying to construct a boundary wall along its premises, which will block a common pathway leading to the government school and the Charbhuja Nath temple in the village. Kusumlata Kushwah, the sarpanch of Silor Village Council told Land Conflict Watch that the dispute started in 2011 when the temple board first wanted to build a wall. She claimed that the land for the common path belongs to the Village Council and not the temple administration. Kushwah said that the residents and the temple administration had reached a consensus that no wall would be built. Nearly 4,000 villagers will be affected if the boundary wall is constructed, she said. Villagers allege in March 2019 the temple constructed the boundary wall, blocking the road. On March 6, the villagers got into an altercation with temple authorities and pelted stones at each other, in which six persons were injured. Later, a cross FIR was registered by both the parties at the Sadar police station. Sadar police incharge Amar Singh told Land Conflict Watch that the villagers had demolished the boundary wall and pelted stones, following which the Jain community in the village lodged an FIR with the police. A case was registered against eight people. The villagers also filed an FIR against the temple administration for stone pelting. Police had to deploy additional force in the area to avoid communal clashes. Later, senior police officials tried to defuse the tension by holding talks with both the sides to reach an agreement. According to tehsildar Bharat Singh Rathore, the district administration has directed both the parties to maintain status quo on the common path.

On March 6, 2019, the villagers and the temple administration had a dispute over the construction of a boundary wall along the temple's premises. The next morning, both the parties got into an altercation and pelted stones at each other. Six people sustained injuries in the stone pelting.

Sadar, police in-charge Amar Singh He said the villagers had demolished the boundary wall and pelted stones, following which the Jain community in the village lodged an FIR with the police. 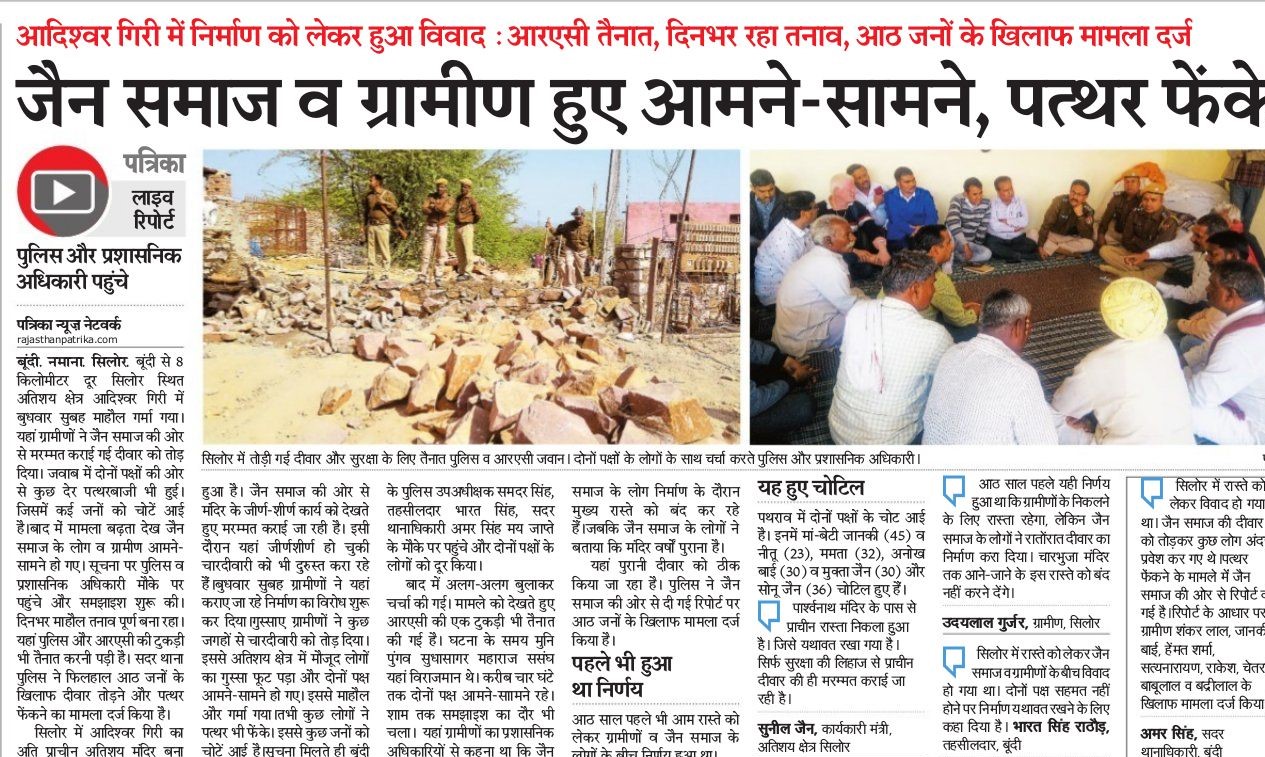