Since May 2019, members of the All Saints Church in Bengaluru have been protesting (silent campaigns from home during the pandemic) against the temporary acquisition of around 4,500 square metres of land for three to four years by the Bengaluru Metro Railway Corporation Limited (BMRCL). The proposed acquisition is to facilitate the construction of the Vellara junction Metro station (which will connect Nagawara to Gottigere through Shivajinagar and MG road). The protesters told LCW that in case the BMRCL acquires the church land for construction activities, there is a risk of the church building collapsing as it was built 150 years ago with materials like sand, rubble concrete and limestone. The church premise also houses a school for 60 children with disabilities, and hundreds of people attend the Sunday mass at the church. The land acquisition will require the felling of about 180 trees, which will affect the green cover as well. The church is also used to host wedding ceremonies and funerals. The protesters claim that as per the original Detailed Project Report, the Metro line was to run underneath Hosur Road but was later proposed to be shifted within the church compound. The BMRCL has already acquired around 3,500 square metres of area in the church premises permanently for construction of the Metro line. The members of the church congregation wrote a letter to Chief Minister B.S. Yeddyurappa on May 16, 2019, to intervene and persuade the Metro officials to not acquire additional church land on a temporary basis. On December 5, the Ashoknagar Police authorities sent a notice to members of the church, warning them against holding a protest and forming a human chain on December 12 (as they had requested permission). The police noted that a similar protest by the church had earlier disrupted traffic on June 26, 2019. The members of the church told LCW that repeated negotiations with Metro officials have not led to fruitful solutions. After studying the Delhi Metro and discussing with engineers, the church recommended some measures to alleviate the conflict. These include moving the station 75 metres to the left (to prevent damage to the church property), moving the train track underground and combining Elgin and Vellara stations into one. Officials, on the other hand, claim that the church building would not be impacted as the Metro alignment on Hosur Road is 36 metres away from the church and does not pass underneath it. They also mention that only 26 trees will be cut and some of those can be transplanted within the church premises. Refuting the BMRCLs claim that the Cubbon Park Metro Station was built just three metres away from the 100-year-old CTO Building in Shivaji Nagar, the church members told LCW that the structure of the two buildings are different and that the church will not be able to withstand damages caused by construction activities. In September 2020, it was reported that the European Investment Bank, which is the financier of Bengaluru Reach 6 metro line, has scheduled to mediate talks within one month between the BMRCL and All Saints Church. Meanwhile, the BMRCL has itself decided to reduce the land area for the Vellara junction metro station to avoid land acquisition woes.

Yashwant Chavan, chief public relations officer, Bengaluru Metro Rail Corporation Limited, said, "The Metro authority’s stand is clear. The construction of the Metro will not have any impact on the structure of the church as the Metro alignment on Hosur Road is 36 metres away from the church and does not pass underneath it." He also handed over the press release issued by the BMRCL on March 16, 2020, which explains the corporation's stand on the issue. 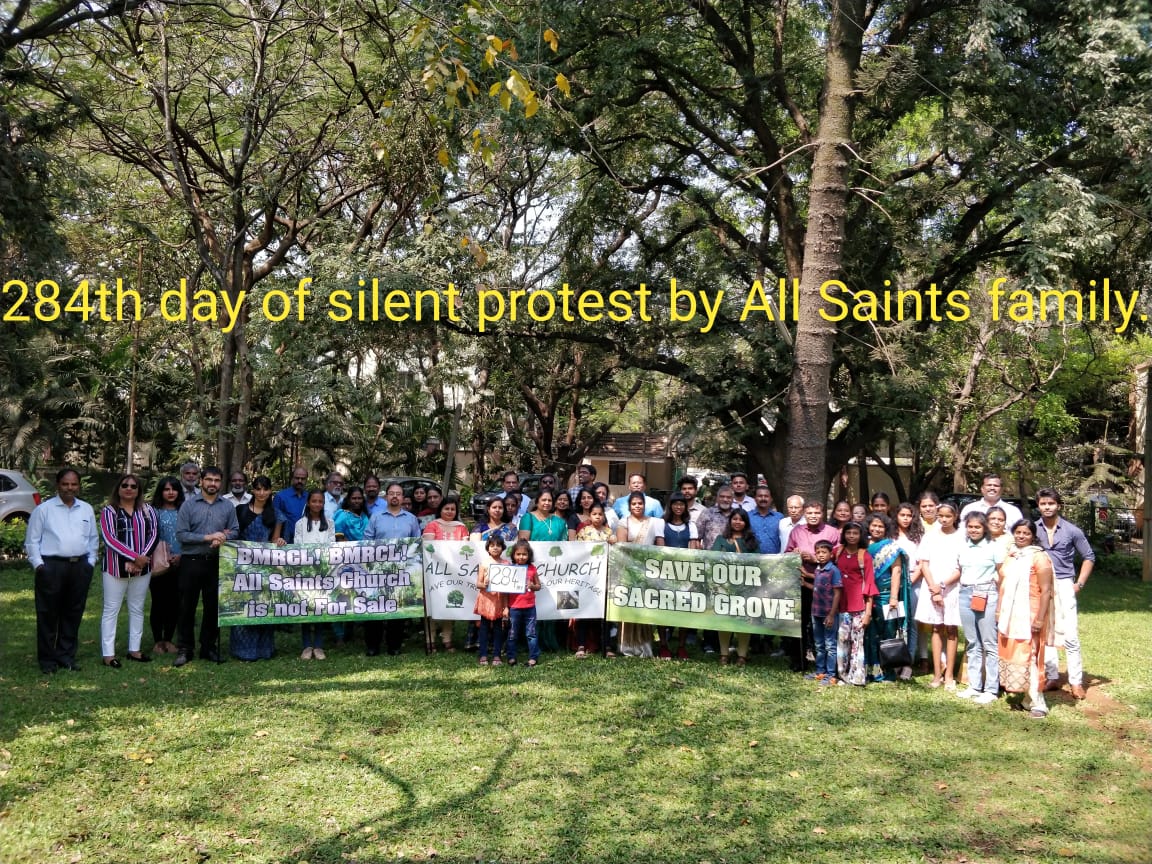