Can mere allegations of rioting or protesting result in your house and shops being demolished? Can the state evict anyone from their homes without due process? Where does the law stand on this?

As politically triggered demolitions become a national talking point, we turn our newsletter’s focus, among other things, to answer such questions.

During Ram Navami celebrations last month, many states saw communal flare-ups. Municipal authorities in areas like Khargone in Madhya Pradesh, Khambhat in Gujarat and Jahangirpuri in Delhi, all of them controlled by the ruling Bharatiya Janata Party, responded by demolishing shops and houses citing illegal encroachment. These demolition drives disproportionately affected Muslim establishments. 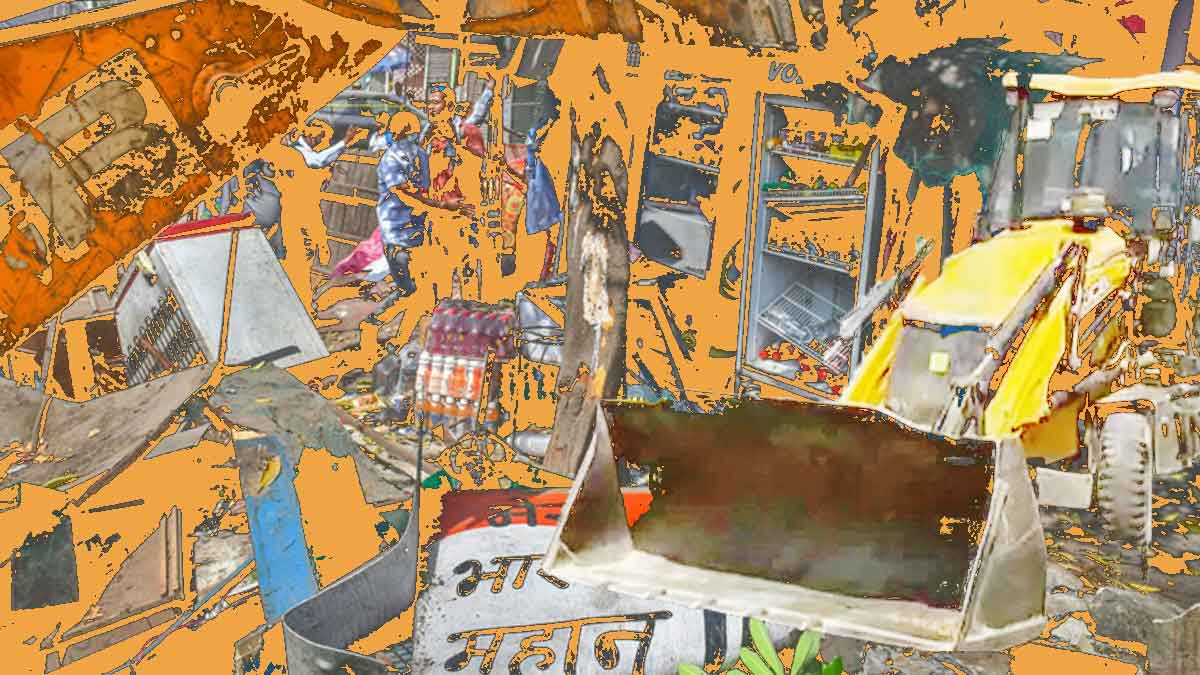 Houses and shops were bulldozed without prior notice, and as found by Land Conflict Watch, violating several state laws and court orders which require sufficient notice to be provided to the occupants.

In fact, residents allege that some of the buildings razed were constructed under government schemes like the Pradhan Mantri Awas Yojana or given approval by the Delhi Development Authority. Activists across the country condemned the demolition drives saying that the “bulldozer itself has now become a symbol of brute state power and a revolting mascot to intimidate minority groups in the country.” LCW’s legal associates Anmol Gupta and Mukta Joshi, with researcher Jeff Joseph, wrote on the Jahangirpuri demolitions in north Delhi. A fact check of the drive against state laws and court rulings revealed that the demolitions were far from a legitimate anti-encroachment drive. Read the analysis in The Wire.

In another demolition matter of jhuggis in Delhi’s Sarojini Nagar, Mukta found the Supreme Court making an important observation. On April 25, the court said that people often do not have a choice when they occupy land. It directed the government to deal humanely with them and emphasised putting in place a rehabilitation policy before eviction. On May 2, the court extended the stay on the proposed demolitions till the third week of July. This came a week after the court ordered an interim stay on the demolitions in Jahangirpuri on April 20.

The Supreme Court stepped in to ensure evictions be done with due process. It comes after a series of decisions by the apex court which appeared to remain agnostic to the identity and position of the “encroacher”, often ignoring that the alleged encroachers rely on that land for survival. Last year, the apex court directed the removal of encroachments from the Aravallis and refused to stay the demolitions in Khori Gaon, rendering thousands homeless. Only after the demolitions did the court direct the government to expedite the rehabilitation process. And in February 2019, the same court had ordered the eviction of a million forest dwellers.

Dredging rivers and Chopping down forests

Last month, our researcher Prudhviraj Rupavath did a deep dive into Telangana’s tribal community facing eviction from their traditionally held forest lands as the K.C. Rao government continues to drag its feet on the scrutiny and regularisation of land title claims covering 13 lakh acres.

And in January this year, the environment ministry decided to keep the net present value of forests – a price paid by developers for cutting down forests – low despite recommendations of a Supreme Court committee to increase it substantially. LCW’s Database and Collaborations Lead, Mrinali, wrote for Mongabay India on the committee report that the ministry chose to ignore.

In another development to prevent rampant riverbed mining, on April 19, the Southern Zone of the National Green Tribunal put a stop to sand mining under the guise of disaster management.  It held that even if dredging of the river is done to prevent disasters and the excess sand is sold commercially, it will amount to mining, and be subject to the same environmental clearances as commercial mining.

The NGT weighed in on the conflicting provisions of the Environment (Protection) Act, 1986 and the Disaster Management Act, 2005 and observed that since the subject matter of both acts is different, they must be construed harmoniously.

Soon after, on April 27, the High Court of Uttarakhand prohibited the removal of any riverbed material from the Nandhaur river for any purpose whatsoever. Mukta Joshi had highlighted the illegalities of unchecked sand mining in Uttarakhand under the Disaster Management Act in a story for Newslaundry last year.