Mizo Families in Property Dispute with PGCIL, Refuse To Give Up Land

The land along the main road that connects Lengpui Airport, Mizoram University, a godown of the Food Corporation of India and the Academy of Integrated Christian Studies has been under an ownership dispute since 2005. Initially, the Power Grid Corporation of India Limited (PGCIL) staked claim over a large part of this land as it separated its property, comprising staff quarters, offices and power grid, from the main road. Gradually, with growing urbanisation, people started eying the empty plot of land and later on, settled there without securing the necessary agreements. Problem started when the Local Council planned to clear the land to establish markets and a taxi stand. The families who had settled there fought back and divided the land among their members so that they would have a bigger strength to stop the authorities from taking possession of the land.  According to Local Council President Vanlalngura and Local Council member F. Zailianthanga, the families did not have a Land Settlement Certificate (LSC), issued by the Land Revenue and Settlement Department of Mizoram. Hence, the Local Council, with help from the Tuivamit branch of the Young Mizo Association (YMA), a non-profit representing the Mizo people, was planning to use the land for road extension. However, when the plan was discussed publicly, the families residing there opposed what they said was confiscation of their land by the local authorities and produced LSCs to claim ownership of the land. Speaking to Land Conflict Watch, Vanlalngura said that getting an LSC is a long and complex process. He alleged that the families who got the LSCs would have had strong connections in the government to make it easier for them to secure the LSC. The local authorities and the YMA leaders have demanded the families to surrender their land for community and road development projects. The Local Council also threatened them of social ostracisation if they did not give up their LSC. 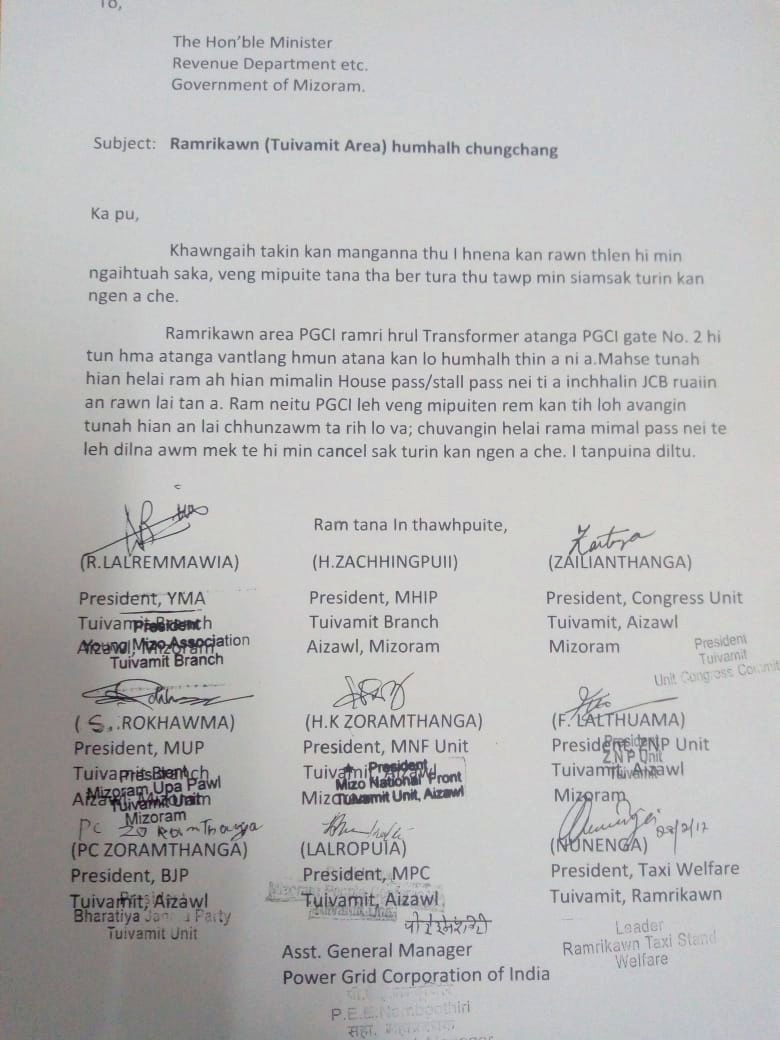